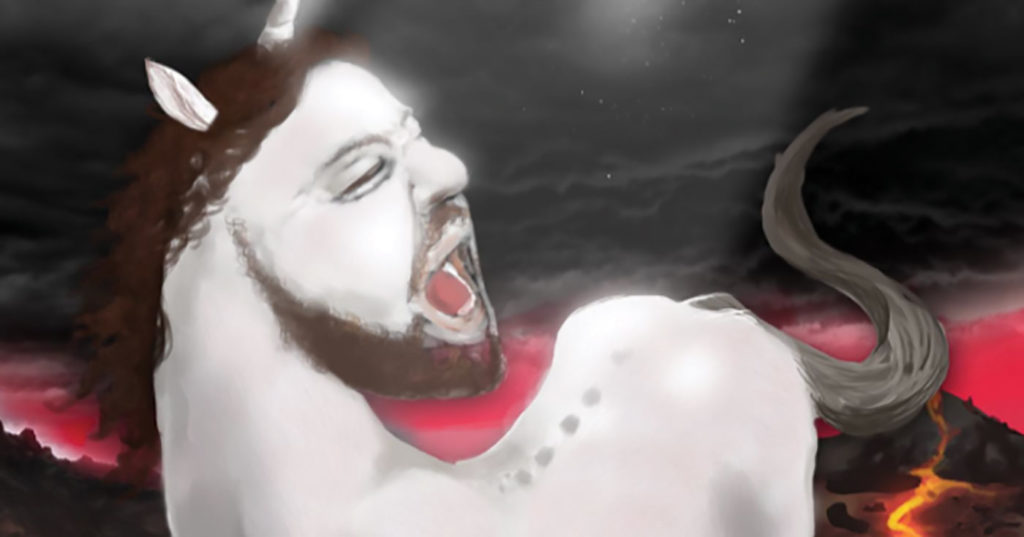 Raanan Hershberg has spent the better part of the last decade being the keystone of the Louisville comedy scene. He’s a prolific writer with a unique voice that blends sophisticated cynicism with the wit of everyday observations. Hershberg is a graduate of duPont Manual High School where he was inspired by the works of Anton Chekhov, Tennessee Williams and Harold Pinter — and he fell in love with theater. It was there he began writing plays for stage and screen. After high school, he studied play writing in college in New York, before returning to Louisville to launch a career in stand-up comedy. Calling in from Tacoma, Washington, where he’s been on the road with Kathleen Madigan, Hershberg talks about his return to New York, his passion for theater and his farewell show to Louisville, “Jewnicorn.”

LEO: Growing up were you a funny kid? Were your parents funny?

Raanan Hershberg: My mother’s behavior was definitely funny, but I don’t know that she intended to be. And I don’t really know that I was all that funny growing up. I definitely wasn’t voted that in high school.

How did you know you wanted to become a playwright?

When I was in high school, I remember reading certain plays and getting hooked. So I always wanted to be a playwright, or a screenwriter, and I focused on that. I would put on plays through Youth Performing Arts School, Walden Theater and St. Francis School — even though I was not in any of those three programs. That’s when I realized it wasn’t just something I could do, but something I might be good at.

You’ve spent so much time working on stand-up for the past several years, do you think you will be tempted to return to writing plays once you’re surrounded by theater in New York City?

I actually still write a lot of screenplays. I have a writing partner, and together we’ve written six feature-length scripts. So I’ll keep on doing it on some level, but my focus is going to be on stand-up and going to New York and starting from scratch.

Does that mean you prefer stand-up to writing plays?

No. It’s just, for whatever reason, stand-up is what I’ve been paid to do, so I follow the paycheck right now. Creatively I get a lot out of stand-up, and I still get a lot out of screenplays — they both fulfill something. To me it doesn’t matter what medium I’m working in, as long as I’m doing something artistic, I’m happy.

What makes now the right time to go back to New York?

Desperation. That’s pretty much it [laughs]. The funny thing about going to New York is that I lived there when I was in school and trying to be a playwright, and then I moved to Louisville to start doing comedy. Now it’s come full circle that I’m returning to New York after honing my comedy skills in the comedy Mecca of Louisville, Kentucky.

Your new stand-up show ‘Jewnicorn’ is kind of your farewell to Louisville before you leave — what’s the show about?

I’ve been writing for the last year. Some of it’s political: I talk about Trump and how hard it is to write a good Trump joke. It seems like every time you have something good, by the time you get to tell it, he’s already moved on to something else stupid, and your joke isn’t current anymore. I also talk about race and religion a lot, too. And I had a lot of firsts this year that I talk about, like I did substitute teaching for the first time this year. I was actually in a play this year; that was a first. And I talk about how different that is from stand-up or writing. So more than most of my previous shows this one is definitely more topical.

What will you miss about Louisville?

I was involved in starting ‘The Roasts,’ and having to let go of those for now is tough. That’s something I’ve been building up for over four years now, and seeing that go on without me — that’s sad. I’m definitely going to miss the comedy scene here, because everyone is not nice. It’s this strange, protective bubble. And The Bard’s Town, I’ve been there really from the beginning. It’s my home, and I’ve done so much work that I’m proud of there. •