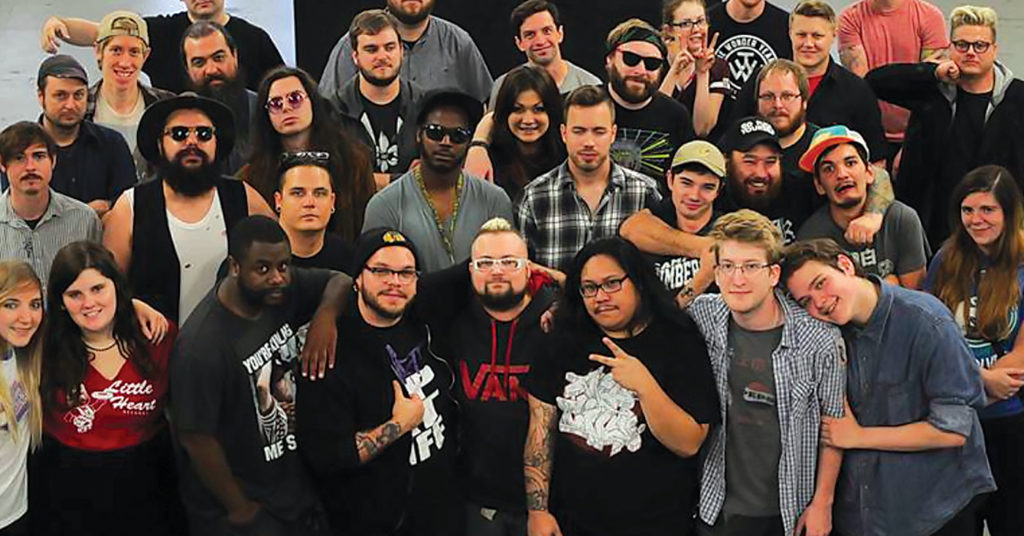 On Sunday, Sept. 25, Louisville lost a great man. At only 35, Bryan Puckett had given so much to the community he loved, fostering unity and friendship along the way, before succumbing to the variety of ailments that culminated in a stroke. It was through his passion and creativity that Little Heart Records, so named for Puckett’s congenital heart defect, became not only a sustainable label, but a launch pad for some of the best and brightest in regional punk including Knocked Loose, Uh Huh Yeah Baby and a host of other talent.

Speaking with his mother, Conda Puckett, by phone, Mrs. Puckett was candid and raw, but at peace. She said that she had been preparing for this for a while. Bryan had impressed upon his mother that because of his heart defect, he would never get old. He was concerned with how she might cope with loss, even while suffering his own medical problems. It’s that concern that cuts to his core — Puckett was more concerned with others than he was for himself.

Artist/musician Matt Haas met Puckett years ago, as a contributor for Pucknation, a music/culture blog. It was a brief experience and one that took deep dives into Marvel comics history. “We weren’t super-fast friends,” Haas said. “I don’t think we ever got really close, until we started working together weekly when I was engineering and producing — and eventually co-hosting — his podcasts. Every single thing in my life that I count as an achievement, Puckett is somehow responsible for. Made an album I’m proud of? Puckett put it out. My first commercial art? On one of Puckett’s releases. My comic? I tried jokes out on Puckett before I drew them. Shirts? Puckett introduced me to the printer. I have a pinup in an actual major comic publisher because he introduced me to the creator and talked me into doing my first comic con.”

The same goes for Andrew Kim, DJ for Little Heart Records veterans Skyscraper Stereo, and a close friend: “Not only did Puckett change my life, he changed everyone’s lives he has come in touch with. Not only did he believe in me, but he believed in every single person on the roster, truly. He took ideas and made them a reality. He literally made dreams come true by signing artist to a label, but you weren’t just getting signed to any label — you became family, united all by Puckett. Bryan Puckett changed my life by giving me a friendship/brotherhood that I will never forget. He’s always been willing to help in any situation. Even when he wasn’t feeling great. I’m truly going to miss my brother.”

Friends and family of all ages are invited to pay their respects at the Cure Lounge on Saturday, Oct. 8 at 7 p.m.