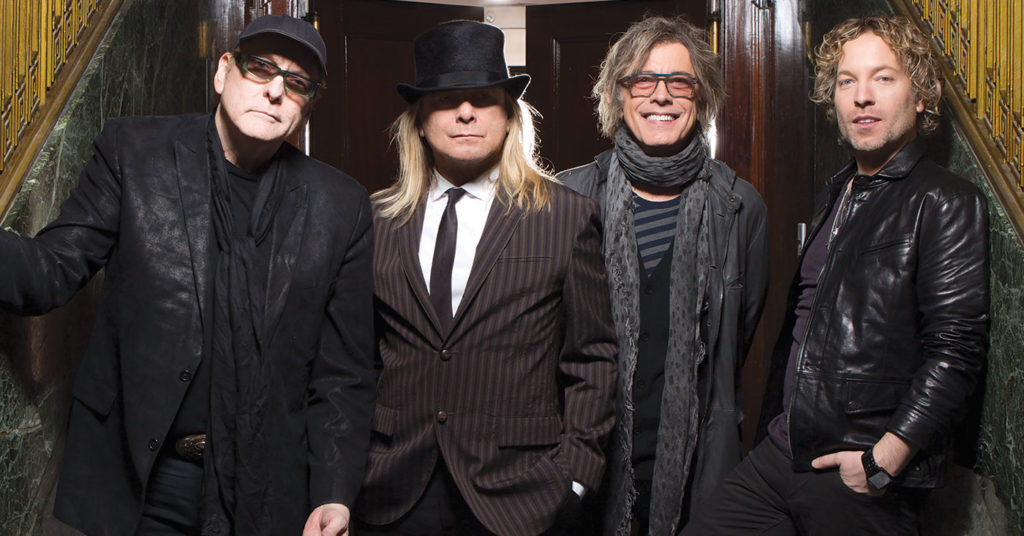 Louder Than Life 2016, a two-day festival packed with metal and hard-rock bands, is happening this weekend, Friday and Saturday, Oct.1 and 2, at Champions Park. Here are a few of the bands that we plan to catch.

The Cult
Monster Stage
Saturday  |  6:45 p.m.
The Cult is a veteran band of English rockers who got their start in the early ‘80s, enjoying a genre-bending career with consistent favor from rock, punk and goth crowds alike. The Cult has always been in a netherworld of rock music, mixing sounds from Detroit punk (think MC5), ‘80s goth-rock (think Bauhaus), and ‘90s grit (think Alice in Chains). Singer Ian Astbury has performed with members of Guns N’ Roses, Black Sabbath’s Tony Iommi, Blondie’s Deborah Harry, among others. In 2002, Astbury became the singer of rebranded The Doors. Hearing their song, “The End” in the film, “Apocalypse, Now” was a seminal moment for Astbury who has been compared to The Doors original singer Jim Morrison for many years. This year, The Cult released their first album in four years, Hidden City. The album completes a trilogy of works that began with their 2007 release, Born Into This.
—Erica Rucker

Cheap Trick
Zorn Stage
Saturday  |  7:40 p.m.
Perhaps the oddest of the odd at this year’s Louder Than Life, Cheap Trick are a special kind of arena rock band. There is a pop element to their music that defies the traditions of metal and hard rock, which is what LTL is all about. Cheap Trick have much more in common with ELO, or even the Beatles, than they do with Slayer, but that’s what makes them such a novel pick for the show: You have the opportunity for a little light with your shadow, a little down time, if not for your ears, then for your heart. They have an easiness to their tunes that make them undeniably a good time. These guys are weirdos and have had a huge impact on the world. My first exposure to them was probably the same as pretty much everyone else, through “Surrender” and “I Want You To Want Me,” their two most recognizable radio hits. But a cover by the band Big Black made me reconsider them? Who are these mutants that inspired Steve Albini and company? What they are is multi-layered and a bit deeper than their contemporaries like Boston or Foghat, arena rock bands that somehow evolved to exclude the humanity in their music, or at least to my ears. Cheap Trick sounds like a Beach Boys meets prog-rock inspired take on garage rock — like the guys jamming down the street hit all the right notes. And that’s something.
—Syd Bishop

Slayer
Loudmouth Stage
Saturday  |  8:35 p.m.
Well into their fourth decade, Slayer remains thrash-metal pioneers in an industry that has produced nothing but low-rent copy cats who collectively don’t have the musical acumen to tune Kerry King’s guitar to drop-D. As far as I’m concerned, Slayer released their mission statement with their breakthrough third album, Reign in Blood. Which happened to also be super-producer Rick Rubin’s first foray out of hip-hop and into the world of rock, which he would subsequently revolutionize over the next decade. Slayer managed, with the album’s concise length of 28 minutes and 58 seconds, to hit my world like a meteor from hell. The album was filled with apocalyptic and violent imagery that made reference to anything from holy wars to Nazis to the KKK. They have continued to release confrontational albums with titles like God Hates Us All, The Christ Illusion and World Painted Blood that often expose institutionalized hypocrisy while forcing many of us to move outside of our comfort zone. And understand, I’m most certainly not a metal head — especially not when it comes to thrash — but Slayer has always gotten a pass from me. Mostly because they are unparalleled musicians, with shockingly elaborate (often beautiful) guitar riffs and earth shattering rhythms that might actually make you think the ground is going to fall out from under your feet. And their live shows are notoriously high-energy affairs that are consistently magic (the black kind, obviously). With four decades of touring under their belt, the band never fails to kick ass every time they take the stage … and I suspect that not to change this weekend when they take the stage at Louder Than Life.—Brent Owen

Ghost
Loudmouth Stage
Sunday  |  5:40 p.m.
Ever since their 2010 debut, Opus Eponymous, became a massive hit, Swedish occult rock group Ghost have grown into a worldwide phenomenon — due in part to the groups mysterious anonymity and elaborate attention-grabbing costumes. However, Ghost is far from a gimmick act — their music hearkens back to the earliest days of heavy metal when it was still intertwined with rock and roll. The band recently dropped a new EP called Popestar, and like most bands, a new release necessitates another tour and thus another chance to catch them live. For those not in the know, the group’s singer goes by the title Papa Emeritus, a sort of anti-pope figurehead who leads the other members who are referred to as the Nameless Ghouls. Given that, Popestar is a fitting title for their latest release. Since they traverse the divide between rock and metal, I’d wager that their set will be very popular with a wide swath of those in attendance. Ghost’s music has many parallels to pop rock music of old, but with a lyrical focus more aligned with metal music and old school horror films, making for upbeat and catchy music that’s infused with a dark and morbid edge. Given their intricately-choreographed live show, Ghost will be one of the absolute best bands to catch at Louder Than Life. Come get spooky with it.—Austin Weber