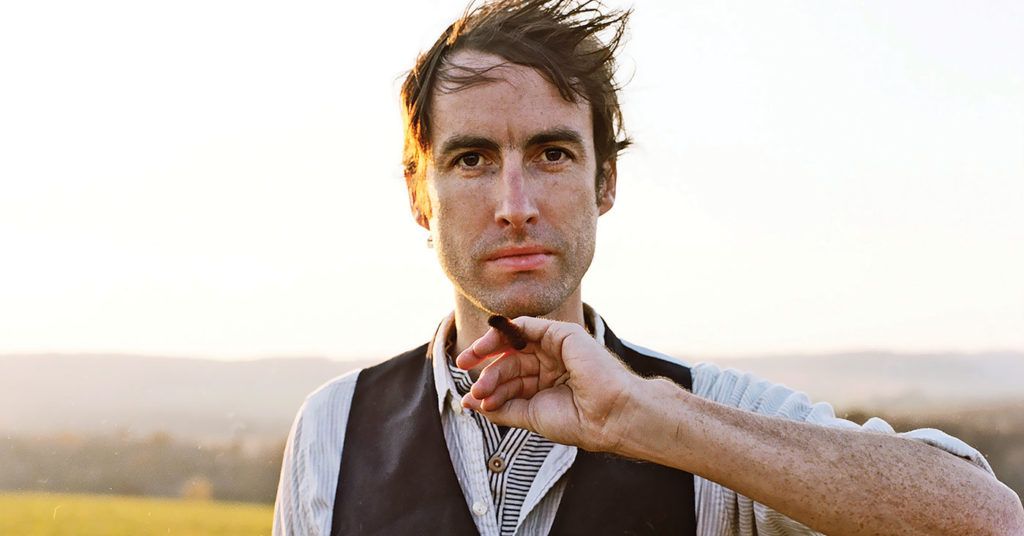 Before making a name for himself as a solo artist, Bird served a tenure in Charlie Nobody, a punk-ska band that he played with as a teenager, and The Squirrel Nut Zippers — whose second album, Hot, went platinum and launched them from relative obscurity into the national spotlight.

“I learned a lot about the music industry and how to put on a show,” Bird said of his time in The Squirrel Nut Zippers. “They were kind of stuck in that swing revival scene, but they were a really-eccentric rock ’n’ roll band from the South. They put on a super energetic show and were writing really concise. They were self-taught and at the limit of their abilities, and created a sort of charm. That record sold like a million. It takes a lot of people. I saw how it worked. I got it.”

Primarily a violin player, Bird incorporates looping and his remarkable talent at whistling to create lush soundscapes, which he weaves in and out of to create a rich musical tapestry. Music has always been a part of his life. His mother thought it would be fun to learn violin with her son, and although they shared the hobby, Bird never felt forced to practice, and kept at it until his flirtations with punk, ska and swing. After his tenure in bands ended, he played off and on as a solo artist, performing his take on classical Irish music, with an emphasis on classic club and jazz styles, like Django Reinhardt.

While Bird enjoyed his time with the The Squirrel Nut Zippers, he ultimately came to realize that their musical aesthetic was stifling, which drove him to branch out and explore his own sounds.

“There were a couple of years [spent] trying to get out from under the shadow on that,” he said. “I was writing my own lyrics and had my own ideas. The songs that I listened to were pretty ambitious. I was cramming a lot of ideas into these tunes. At some point I [wondered]: How essential is this? We’re not living in the ‘30s. I kind of went about stripping away all stylistic associations.”

His earliest solo releases were just that — Bird alone with his instrumentation and thoughts, devoid of accompaniment. Having spent his career as a collaborator, he had to search for ways to explore his muse, outside of his influences.

“When I’m working on music, I really respond to the people that have an affection for what they’re playing, so I kind of had to clear the room to see what was going on in my head,” he said. “Then I have to balance that with … I’ve played many, many solo shows, and I’ve enjoyed them, but music is a social thing. I just have to play with people that don’t bring their record collection to rehearsal.”

Over time, Bird has come to expand his craft beyond the one-man show that started it all. He said that he still works with members of his first band — players who have a shared musical vocabulary to pull from. Between working with friends and a confidence born of experience, Bird has a comparably different outlook on performance: “Now, I honestly don’t care when I get on stage. I’ll play whatever I feel like playing and not getting pigeonholed. Sometimes the goal is to be synonymous with yourself, to not have there be a string of references. It’s just Andrew Bird. My audience has been cool with what I do. That’s one of the benefits of prolonged obscurity.”

Bird is diligent in considering how his music might be received by not only his audience, but by his own ears. He wants to play music that resonates on a personal level, and to deliver that live, while staying in the moment.

“It’s not so much the emotional catharsis,” he said. “You can be gesticulating and straining and doing all these things that you think is emotion and adrenaline-based things on stage, but that stuff doesn’t always translate like you think it is. A feeling like, ‘I don’t know what’s going to come out of me in the next minute.’ Not following the script, but still delivering a great show. The feeling is less about being emotive and more about just a sense of connectedness.”

That care in his craft is equally apparent on his newest album, Are You Serious.

“I keep using the word brutal, but I don’t know that that’s quite right,” Bird said. “It’s less whimsical and indulgent, and more to the point. It’s easy to do what sounds to other people as more artistic. What’s hard is to do a very-well-put-together three minute song.”