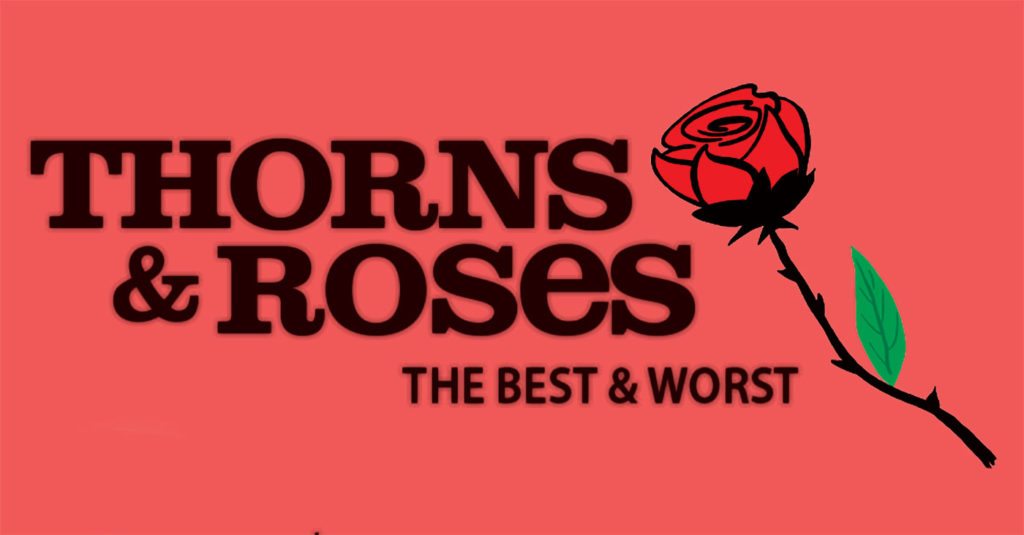 (Former) UofL President James “Pharaoh” Ramsey sure does have a big set on him. Ramsey gave trustees conditions for his resignation, including hiring him on an interim basis and providing pay for an untaken year of leave. The trustees’ reply? Don’t leave your ass print on the door on the way out. What must they know about Ramsey that is not public — yet?

We are doomed, I tell you [Thorn]

U.S. Sen. Mitch “Trapped in a corner” McConnell says presidential perspirant Donald “Duck-face” Trump made a “rookie mistake” by asserting that he may not always agree to defend NATO allies. Courier-Journal stalwart reporter Tom Loftus asked McConnell if he would be comfortable putting “a rookie in the Oval Office,” to which Sen. McCrusty replied: “I’m a supporter of Trump, yes.”

Louisville’s Butler Traditional High School abruptly suspended a dress code that forbid students from wearing hairstyles including “cornrolls,” dreadlocks and twists. Venerable state Rep.-elect Attica Scott was the first to attack the code, saying it “stinks of institutional racism.” The school district’s immediate response: It is Butler’s call, not ours. Seriously? What if Butler wanted separate rules for black kids? Oh, wait — it did.

Shhh! No one will notice [Thorn]

Maybe we missed the announcement, but it seems the CJ has eliminated its features sections on Mondays and Tuesdays. But do not fear: The 10-time Pulitzer Prize winner, once called The New York Times of the South, still has the time and resources for this web-only buffoonery:  “To celebrate back-to-school season, we at the Courier-Journal are revealing our adorable photos from our own first days of school.” Yup — editors and reporters in short pants.

Web shot across the bow [Thorn]

We applaud the latest entry into Louisville’s online-news game: Boulevard, (louisvilleboulevard.com), published online by former CJ and USA Today reporter Jim Hopkins. It focuses on “business, culture” and “power brokers,” including the “10 big employers.” Challenging Insider Louisville’s dragnet of a website and The CJ’s pop-up-ridden site can make all of them only better. Or not.

Another historic building is about to be replaced with a generic box. UofL’s Crawford Gymnasium, built in 1964, is known for its elliptical paraboloid roof. “What’s particularly nice about these old hyperbolic buildings is their purity of form. There’s a singular idea governing the design of the entire structure,” Branden Klayko wrote in his indispensable blog, Broken Sidewalk.