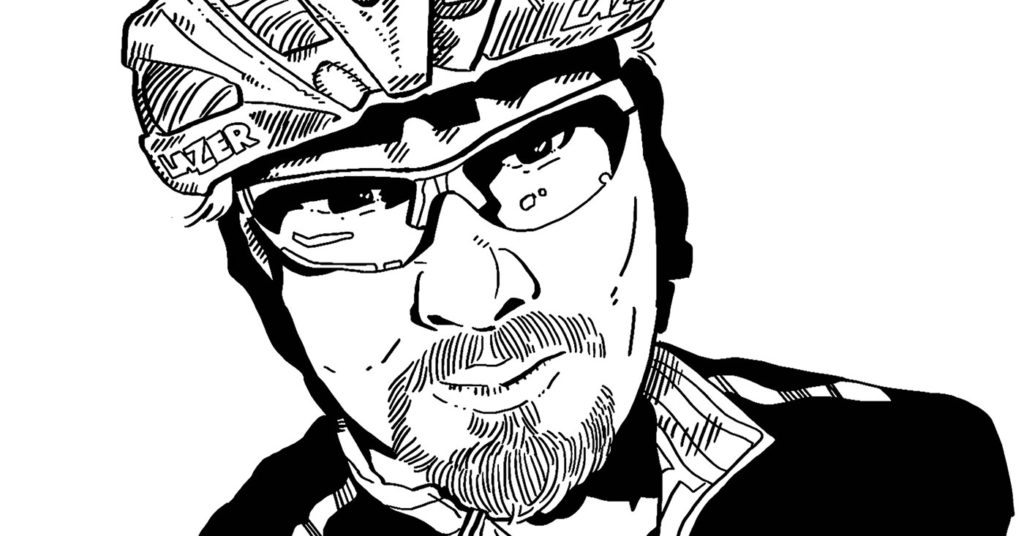 The job one kills me. The question: “Why do you ride a bicycle?” is a good one and the point of this column — the first of series I will be writing on all issues related to cycling.

At some point over the years, I should be able to pinpoint the exact moment I became a cyclist. Could it have been that time in 1972 when the training wheels came off my AMF Roadmaster? Could it have been in 1981 when I competed in my first official BMX race on my SE Quadangle? It might have been in 1984, when I got my first road bike, a Motobecane 12 speed, from the bike shop I worked for in Indiana. And that bright yellow Trek 830 mountain bike, circa 1992, was heavy but it could take a beating! Cherokee Park was a place to get lost in for hours, and I learned my way around by following other riders into the myriad of trails. Group rides with Louisville Wheelmen (Now Louisville Bicycle Club) and Kentucky Trailmen (Now KyMBA) in the ‘90s solidified my interest. I began competing and training constantly until 1999. Every week to this day I feel lucky to trek the well-beaten paths of a two-wheeled existence, experienced mostly in Louisville, for the past 36 years. Really.

I’m driven to ride, because it just feels great — like I’m piloting a human-powered airplane on wheels. I like riding with people the most. There is a lot of camaraderie: It’s competitive if you want it to be, and relaxed when you want to just chill out and go for a cruise through our wonderful parks and neighborhoods. You’re just safer and much more visible riding with others. Difficult to do when commuting, this I know, but the growing network of bike lanes grown by Bike Louisville help this immensely.

When you’re on a bike, you’re much more in touch and connected with other people along the road than when you are driving a car. All I have to do is nod and smile to a pedestrian, and they know just what I’m talking about as they cross the street. The bell comes in handy on the Big Four Bridge, but I still have to yell “on your left,” as there is some sort of paralysis of awareness with pedestrians there (especially since the bicycle symbol was scrubbed off the bike lane down the middle).

We do our best to share all spaces with our friends on foot, but some people are bike haters. Yes, the ones who have wished, tried and succeeded in running us off the road since the advent of the automobile. The honkers! The combative motorists driving the 3,500-plus-pound killing machines, with the not so greatest of ease. “Why are you riding in traffic?” “I am traffic, ma’am.” Shocked expression. “Why don’t you get a car?” “I have a car also, mister.” We try to get along with all motorists, but sometimes it’s like a survival mission. Coming up on you fast. Stopping way too close. Lunging and driving aggressively. Hurling objects from the car. We persevere because it’s worth any trouble to go somewhere, get somewhere. We just want to ride, and we do.

It’s catching on. More people are riding these days than I’ve ever seen. It’s a good time to ride. Louisville has a most wonderful park system designed by Frederick Law Olmstead that seems to be a great place to do anything but work. To quote my friend and photographer, Ted Wathen, it’s a place to recreate: “We recreate ourselves” in the parks. Our tree-lined parkways help connect our neighborhoods to our parks, city and each other. The bicycle is a great way to enjoy all of this and to be connected with each other. Louisville is highly accessible by bicycle, and people are taking advantage of that. Area cyclists, commuters, clubs, racing teams and even motorists benefit from this. We have come a long way, and we have a longer way to go, but we are getting there and enjoying every mile. Of course one can’t help but recall the time, well over 100 years ago, when Louisville had as many as five to six velodromes (for bicycle racing) that aggressively competed for wagerers with Churchill Downs! But that’s another story for another column.