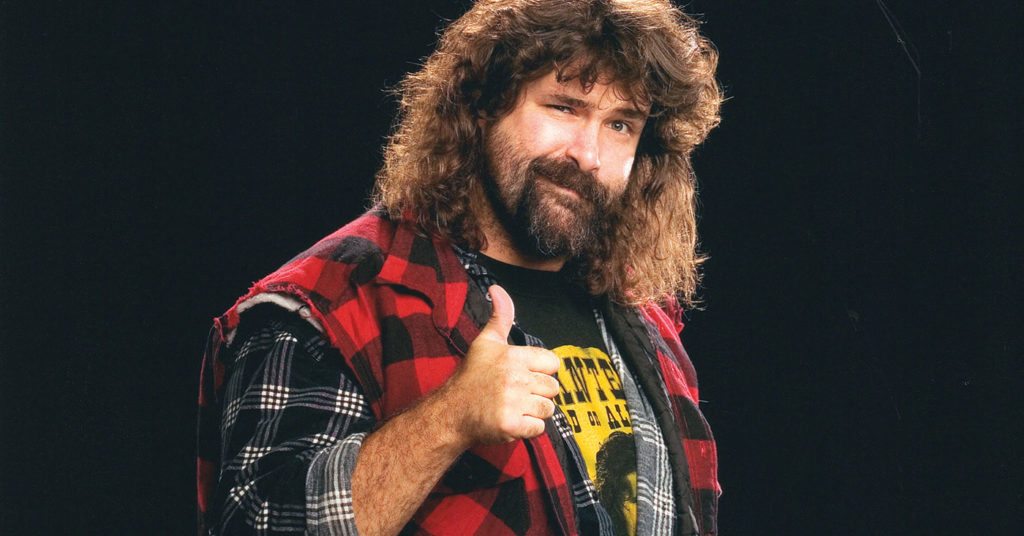 Hardcore wrestling legend and WWE Hall of Famer Mick Foley is retired from the ring, but he hasn’t quit on wrestling or his fans. He’s still on the road, appearing on TV every Monday night as general manager of “Raw,” in addition with his new reality show, “Holy Foley.” He was in Corpus Christi, Texas, about to shoot the next episode of “Raw,” when we spoke on the phone, and he told me about his former excursions as a stand-up comic who occasionally dressed as Santa. He’s about to begin writing another memoir in the fall — “about my time in the red suit. You know what I mean.” But first, Foley comes to Louisville this weekend for the city’s first Days of the Dead. He will be there 11:30 a.m. and 6:30 p.m. Friday and Saturday to sign autographs and take photos ($50 apiece), and he is the featured guest for a panel discussion and Q&A on Friday at 7 p.m.

LEO: Conventions are where people go to meet their heroes. Have you met anyone recently that you found heroic?

Mick Foley: If someone has a story to share, especially something meaningful, then I have time for them. And I do hear stories of people who have been touched in some way by what we’ve done: how wrestling has helped them along their way. I meet some heroic people, who have overcome great odds, at these shows … And in a more … [laughs] shallower sense, I get to meet the heroes of my childhood. I get to meet people like Barbara Eden, who I adored as Genie …

What are your roles as general manager?

You do whatever you can to make sure the show runs smoothly. Whether it’s doing backstage segments, where you keep the flow of the show going … You’re kind of the grease on the wheels … [The] general manager helps set a tone for the show. If someone tuned into ‘Raw’ and sees me as GM working with Stephanie McMahon, it’s a much different tone than when The Authority was running ‘Raw.’ [Laughs.]

Tell me about the time you were in Santa Claus, Indiana.

[In December 2014], I spent the day in Santa Claus, Indiana. I had a show that night in Bloomington, Indiana, where I was born. I did story time with Santa at Santa’s candy castle, and I went over to the old post office, where the tradition of answering letters to Santa has gone on for 70 years. And they get letters from all over the world. I specifically picked up some letters from kids in Germany. I have a decent grasp of German, so I spent a couple hours as Santa writing letters to kids from around the world and those kids in Germany. Then I got in my car promptly. My GPS took me to Indianapolis … My idea had been to show up early enough that I could do the first five or ten minutes as Santa … In this case, when I told the club owner I was an hour behind, he was really pretty upset. And I said, ‘You can tell me that no one has ever been thrown off by the time zones?’ And he said, ‘No one.’ So I showed up at a service station as Santa. And while the guy did my transaction [Laughs] — it looked like a magic trick. Two minutes later, when I went to pay, I was no longer St. Nick; I had done a quick change. I had sprayed dark hair mousse, dark temporary hairspray, onto the white beard. I looked awful. But I made it that show.