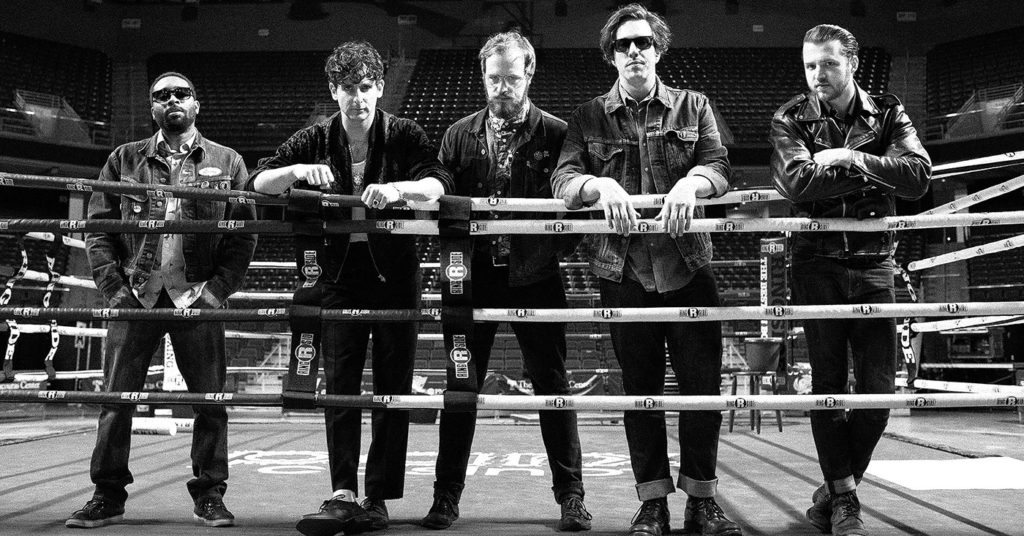 Low Cut Connie, a rock ’n’ roll band based in Philadelphia, was formed in 2010 by pianist and singer Adam Weiner. In 2015, President Barack Obama included Low Cut Connie on his summer playlist. They have released three albums since 2011 and just announced a fourth album to be released in 2017. Low Cut Connie will be playing at the Seven Sense Festival at 10 p.m. on Aug. 26 on Preston Street between The New Vintage and Zanzabar. This free event features 40 bands including Dylan LaBlanc, Cedric Burnside, Brenda, Frederick The Younger, and is a charitable event for Boys & Girls Haven. Before Low Cut Connie’s set, we caught up with Weiner to talk about meeting the president, what to expect from their forthcoming album, and what would be on their summer playlist.

LEO: Your piano is named after a dancer in an Atlanta strip club. The band name is also the nickname for a waitress you knew who wore low cut tops. What might your main inspirations be?

Adam Weiner: Shondra is a grandma that dances at the Claremont Lounge in Atlanta. Very talented and sweet. Quite a character. I guess diner waitresses in New Jersey and aging stripers in Georgia have inspired some of my best — and worst — ideas.

President Barack Obama just released his 2016 Summer Playlist. In 2015, your song ‘Boozophilia’ was included on his playlist. At the time you stated that you were ‘completely humbled and honored and confused’ at this. What has the response been since then, and what has changed perhaps since this confusing honor?

The year since the president’s honor has been pretty cool, and it culminated in me getting to meet the president at the White House this past May. It was an amazing day. He shook my hand and asked me when our next album was coming out. He told me, ‘I like your style. I like what you do — keep it up!’

What might we expect on the yet unnamed forthcoming album slated for 2017?

Sexy rock ‘n’ roll with heart and soul. It is co-engineered by Louisville resident Dave Chale, proprietor of The New Vintage and Dead Bird Studios.

What can we expect to experience from Low Cut Connie at Seven Sense this year?

We’re gonna turn everyone on. Get them hot and sweaty and weeping with joy and confusion.

If the oval office called and asked you to come up with a summertime playlist, what might you add?