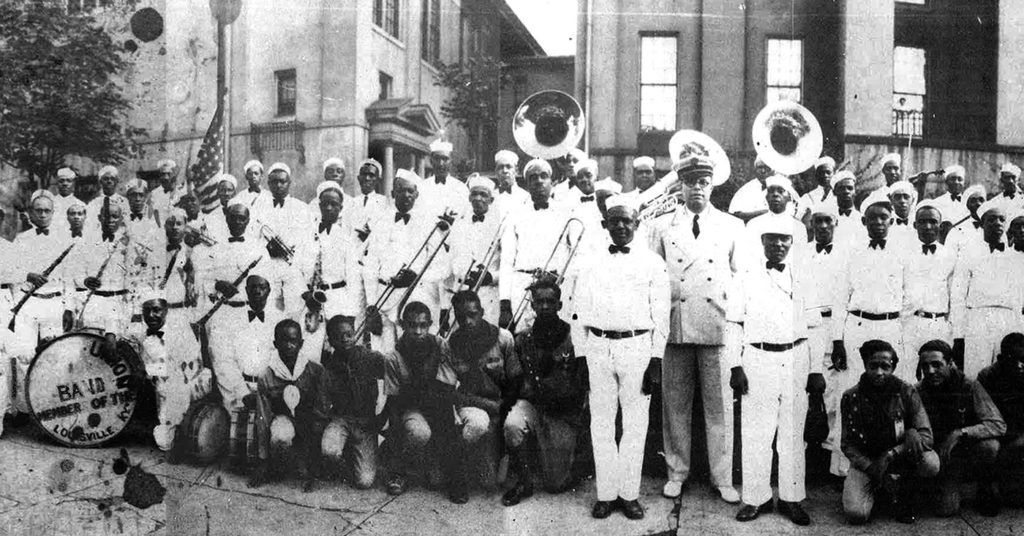 Behind the Kaleidoscope Hair Salon on Bardstown Road stands an unassuming and nearly-hidden piece of Louisville history. The Louisville Federation of Musicians, the local chapter of the American Federation of Musicians of the United States and Canada, has been representing Louisville musicians for over 100 years. In that time, the union has seen many victories and setbacks, including segregation, desegregation, mergers and fluctuating membership. As the union looks ahead, there are many more obstacles to overcome to ensure its relevance.

Although the Union had more than four times more members in the early 1970s, current president of the Louisville chapter (and member since 1978) Ray Weaver said membership is at approximately 350 and includes a diverse representation including dinner theaters, orchestras and bands.

“As with all unions, membership was much higher several decades ago,” said Weaver, “but we have rebounded by about 40 members in the last few years.”

Some of these new members to the union are from local original groups, such as Black Birds of Paradise, Quiet Hollers and others, a new generation that might be the key to the future for the Federation. Offering benefits outside of the traditional union mission is an incentive for younger musicians. Those include rehearsal space, recording contract negotiations and social networking support. “The union offers me a spartan-yet-accommodating rehearsal space,” said Black Birds of Paradise drummer Nick Layman, a member since 2012.

Nick Goldring, also of the Quiet Hollers, has been a union member for three years and said it “offers so much to the community’s working musicians. Things like artist representation and fair-wage negotiations, rehearsal space and work opportunities, and, most importantly, they foster and enrich our city’s talented musician network.”

Conversely, some of the members, who chose to remain anonymous, feel an influx of new musicians to the union may diminish the perks it has to offer, especially access to practice space. They said they currently enjoy the under-the-radar status of the rehearsal hall.

The first Louisville chapter, Local 11, was founded in 1897, just a year after the American Federation of Musicians (AFM) started in Cincinnati under the guidance of the American Federation of Labor, now celebrating its 120th year. The AFM currently has about 300 affiliated chapters in the United States and Canada, with about 100,000 members. Since its inception, the AFM has protected members by negotiating wage agreements, contract protection, offering pension and life insurance plans as well as legal representation.

Until the merger in 1967, there were two Louisville chapters of the American Federation of Musicians — Local 11, for white musicians, and Local 637, for black musicians. Local 11 was chartered in 1897 and Local 637 was chartered in 1928. Fred Stith, the last president of Chapter 637, who passed away last year at the age of 96, recalled in 2006 in an interview with Keith S. Clements of Louisville Music News, that Chapter 637 was chartered when Joe Weber, the president of the American Federation of Labor, met with black Louisville musicians and passed a resolution that multiple chapters could be opened in the same city if existing chapters did not want to admit black musicians, so long as all chapters had the same pay scale.

“It’s important to note that musicians, especially jazz musicians, worked and socialized together long before other segments of our society,” said 11-637 Board member Quentin Sharpenstein about the loosening of racial tension since the second chapter was chartered. The two chapters merged in 1967, creating Local 11-637. “It certainly was long overdue when it finally happened in 1967,” said former Vice President of Local 11-637 and owner of Falk Audio, Gary Falk. “The order to desegregate came from the national. When James Petrillo was no longer president of the national AFM, he was assigned the job by the national to desegregate the locals,” said Falk. “I don’t think that it originated from local incentives. In the process of making it all happen, many tenets [and protections] were built into the agreement, including a minority delegate to each of the national conventions.”

Layman, a member since 2012, said the union has helped him find work.

“However,” said Layman, “I don’t think it is structured to help original bands/ensembles as much as it is for helping ‘working’ musicians — wedding bands, classical ensembles, jazz groups, etcetera.” With the dwindling amount of work for these types of musicians, membership has dropped dramatically since the ‘golden age’ of live music. “The fact is that whatever small amount of club and restaurant work remains, most musicians do not join the union,” Falk said. “It is truly unfortunate, because a rising tide raises all ships.”