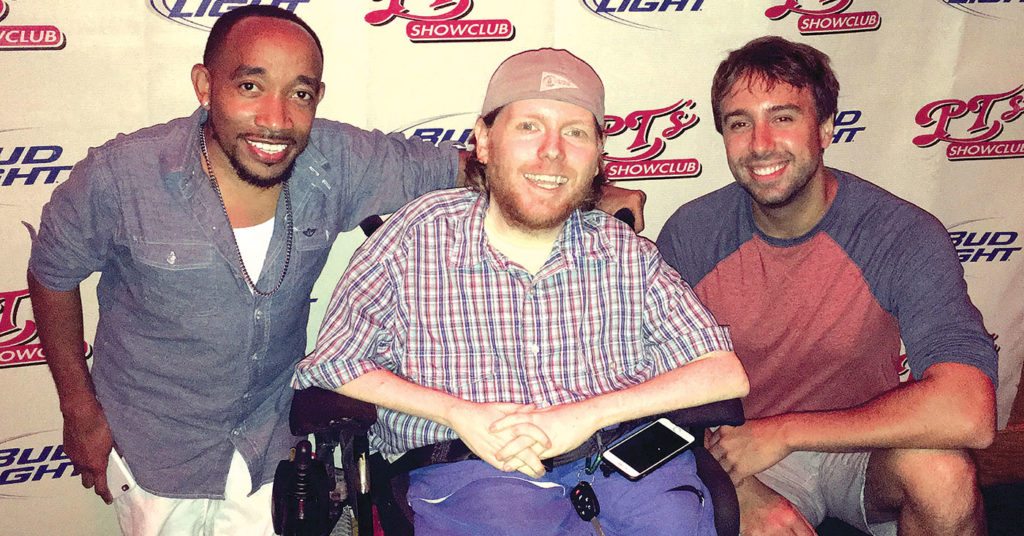 Brennan Clark dropped out of film school because he wanted to make movies.

“I realized it was going to be a big old waste of money,” Clark said of his time at Savannah School of Art and Design.

He seems to have made the right decision.

Now 31, he counts among his successes three first place finishes in the “48 Hour Film Project,” and winning a national music video contest to produce for alt-rock band, Primus. And now he and Kyle Crews, the other half of his film production company, Team Hi-Ho, are working on getting a deal in Hollywood. “It’s been a slow evolution. We both love sophisticated cinema like Stanley Kubrick. But you never see comedies presented as sophisticated cinema. So I guess that’s our goal, to one day put something out that’s funny and pretty.”

Born and raised in The Highlands, Clark graduated from Manual High School, where he met Crews and fell in love with film and comedies from the early days of “South Park.” “As soon as I saw Matt [Stone] and [Trey Parker’s] crappy college movie ‘Cannibal: The Musical’ I thought, ‘Hey, I want to do that.’” Which led him to producing his very first short film as a project in French class to earn an easy A.

The two friends form the nucleus of Team Hi-Ho, a collaboration that has produced the work which has gone on to win Louisville’s 48 Hour Film Project three times (the only three times they’ve entered, by the way). “We don’t really want to do it again,” Clark said of the competition. “We don’t want to mess up our perfect record.” In 2013, rock band Primus held a contest for fans to produce a video for their song “HOINFOMAN.” And among thousands of entries, Clark and Team Hi-Ho prevailed. “That’s my favorite band, so that was a real rush,” Clark said. “Having been a fan of theirs for a decade, to see them live with the music video I made looped behind them — that was like: Oh, shit what a twist of fate.”

Next up the pair (along with actor/collaborator Chris Saunders) have penned a full feature-length script, adapting their “48 Hour Film Project” 2010 winner, “Huckleberry Johnson.” “It’s a modern-day, very loose interpretation of Huckleberry Finn — it’s got some of the larger themes, but in a ridiculous new package.” Soon the team will be pitching the script to some major Hollywood producers. “We’ve got a couple of big doors we’re going to knock on before we get told ‘no’ at the highest level. We’re kind of shooting for the stars.”