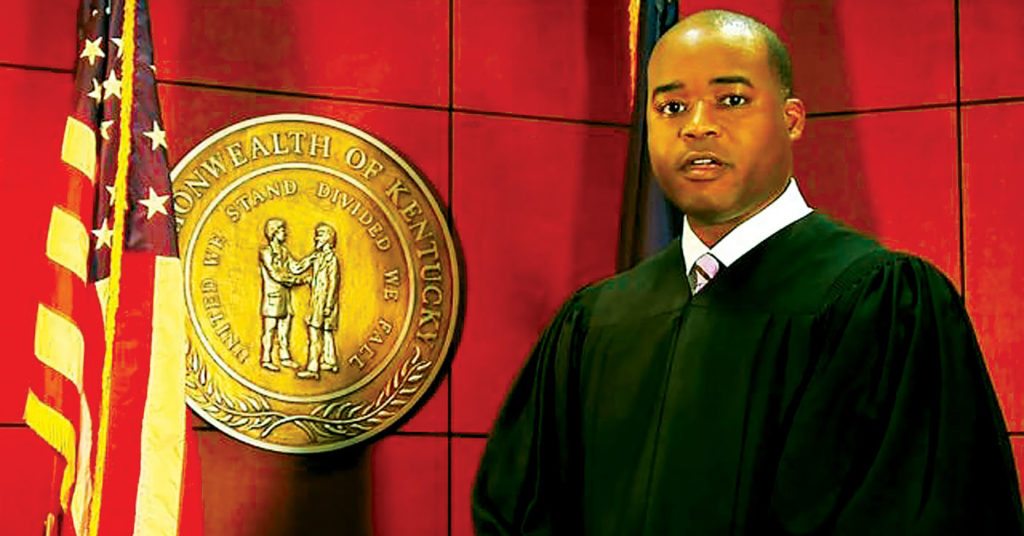 In the midst of many modern American battles, we are left with the justified feeling that there are no good guys. I believe the opposite is true at the conclusion of the disagreement between Circuit Court Judge Olu Stevens and Commonwealth’s Attorney Tom Wine. There are no bad guys here — just a bad situation.

The facts of the Stevens-Wine War are well known to those who have followed the case. Stevens dismissed a nearly all-white jury panel in 2014. Some characterized this as another in a line of action that proved he was an activist judge. It was lost upon them that he dismissed the panel only after repeated requests of the black defendant’s defense attorney. He was also not the first judge to do so.

This did not matter.

Battle lines were drawn when Wine asked the Kentucky Supreme Court to clarify whether a judge has the legal authority to dismiss non-diverse jury panels, if there is no evidence of intentional exclusion. Stevens publicly responded by criticizing Wine and the process, on social media. It was a fire-as-you-will street-fight from that point. As a result, legitimate questions on the construction of America’s criminal justice system, American privilege, the definition of jury of peers, freedom of speech, professional decorum and race all flooded into the public sphere.

Stevens also came under fire from some for publicly admonishing a white couple who said their 3-year old child was traumatized and “in constant fear of black men” after two armed black men broke into their home and robbed them in 2013. Stevens opined from the bench, “I am offended … I am deeply offended that they would be victimized by an individual and express some kind of fear of all black men. This little girl certainly has been victimized, and she can’t help the way she feels. My exception is more with her parents, and their accepting that kind of mentality and fostering those type of stereotypes.”

As the conflagration grew, both Stevens and Wine were turned into one-dimensional caricatures by supporters and critics. On one side, Stevens was cast as Malcolm X in a robe — a hopelessly-biased racist unfit to sit on the bench. On the other, he was regarded as the latest in a long line of black men under attack by an unjust cabal of Klansmen in suits for telling the truth. For Stevens’ supporters, Wine played the role of a Eugene “Bull” Conner — straight out of Birmingham 1963, standing at the ready to keep black people marginalized. His defenders painted him as a reasonable, just public servant who was wrongfully demonized by black ne’er-do-wells for simply doing his job.

Of course, neither man fit neatly into any of these descriptions. But, that didn’t matter. The stereotypes made for good cinema.

After being suspended with pay for months, Stevens recently called a ceasefire and submitted to a 90-day unpaid suspension. He stood before the court and apologized for comments that included critiques of Wine questioning his racial sensibilities, rather than focusing on diverse juries. Time and again, the state’s Judicial Conduct Commission attorney Jeffrey Mando read each count against Stevens and asked, “Do you admit?” With head held high, Stevens responded, “I admit.”

“I realize now that this (the string of public comments) was wrong,” Stevens said. He also extended the olive branch to Tom Wine by stating he does not believe Wine is a racist. “I apologize for any statements that implied as much,” he said.

Wine accepted. Now, we must move on.

Stevens may have apologized for his tactics, but not his purpose. And neither should he. “My intent in making these comments was to emphasize the need to have jury panels that reflect our Commonwealth’s racial and ethnic diversity so that all individuals can receive fair trials.”

There is no shame or loss in Stevens declaring an armistice. He has simply refocused the argument. As racial conflict rages from Texas to Louisiana to Wisconsin and all points in between, the issue of diverse juries now falls to the Kentucky Supreme Court. Stevens and Wine are both good men who were at the center of a firestorm. They have now laid down their arms. The personal drama is over, and now the real work begins as Stevens’ and Wine’s initial questions come before the state’s highest court.

The answers will be interesting.

A disclosure: Stevens and I were classmates at Morehouse College. •

Dr. Ricky L. Jones is professor and chair of Pan-African Studies at the University of Louisville. Follow him on Twitter @DrRickyLJones.