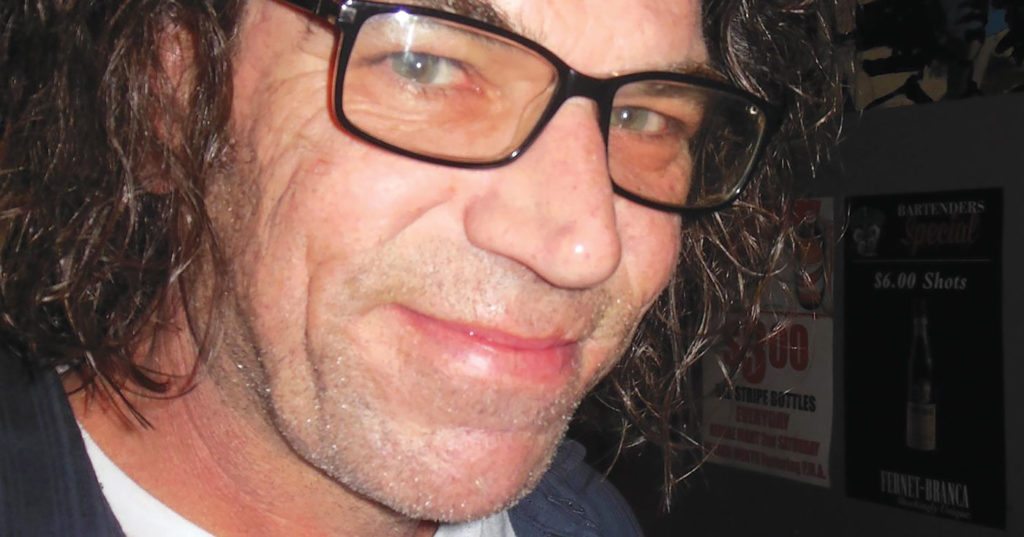 This weekend, there’s going to be a reunion of sorts with the “Back to Cool Comedy Show” at The Bard’s Town. It will feature an all-star lineup of Louisville’s legendary comedians, most of whom started together in the early ‘90s at Comedy Caravan. They include Mike Nilsson, Donna Watts, Rich Barber, Jeff Davis and Mike Chandler. Chandler, a renaissance man known for his gritty sense of humor, has also spent many years as frontman for The FuckMunkys. He took time to chat with LEO about the reunion and his time in Louisville comedy.

LEO: Is it different doing shows like this with people you’ve known for years, as opposed to comics who you do not know as well?

Mike Chandler: We’ve known each other 25 years, as performers and comedians and stuff. It’s pretty different than what we were doing then, but as far as putting on a show goes, it will be business as usual, except we might make fun of each other a little more. After doing this for so many years, I like working with the younger comedians, too, but it always feels a little special to get together with old buddies you don’t see as often anymore.

Does being with old friends have an effect on your set?

What I do probably won’t change much. I adjust for who is in the audience more than the people I work with. Now, I might let some of the blue-er jokes fly with the older friends, because they seem to appreciate it more. They’re not as politically correct as people seem to be today.

A lot of the comedy is moving into alternative venues: bars, galleries and even people’s houses. Why do you think that is?

I think it’s the comedians that are doing it. What I’ve seen — the local guys coming up in the past 10 years or so, I think they have a lot of ambition. I see them as more ambitious than we were when I was starting out. I think we can thank the comics that have gone out and hustled and set up comedy nights. I think we now have some place where you can go do stand-up comedy every night of the week, even twice on some of those nights. I think that’s great. I see younger comics getting funnier a lot faster than we did, because they get out and work on it every day if they want to. And there’s no better way to get better than going out and doing it.

In your 25 years of doing comedy in Louisville, what changes have you observed within the scene?

When I started out comedy was going through a real heavy surreal phase. Steven Wright was really popular, and my hero when I started out. These days people are doing more current events. They’re more passionate about the jokes. There just seem to be more real things on stage. Back in my day, it seemed like we spent a lot of time sitting around just coming up with goofy stuff. That’s also why a lot of things that I wrote a long time ago, I can still use today, because they’re not current — they’re timeless. Unless it has to do with an answering machine or a VCR, I’m not going to tell those today.