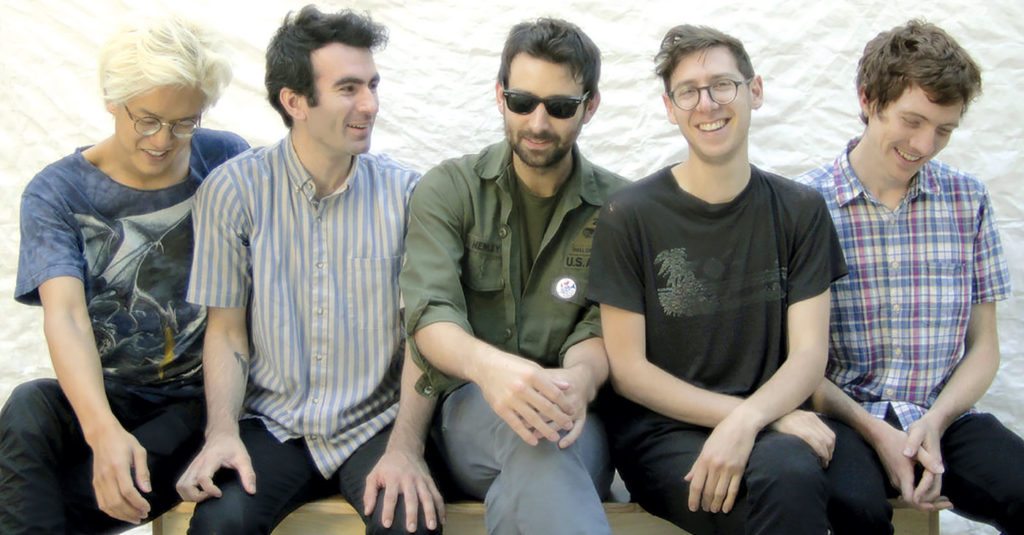 You might not immediately recognize Adam Schatz, the brainchild behind Landlady, because he’s perhaps better known for his day job — one of the multi-instrumental virtuosos behind indie-rock outfit, Man Man. However, it’s Landlady he’ll have in tow on this pass through town.

“I’m friends with one of the guys who books Zanzabar, so that’s pretty much where we always end up doing it. Because we’re in familiar hands, and we get to play some pinball. It’s all pretty cool,” Schatz told me over the phone as he left the band’s New York City rehearsal space.

Schatz’s first exposure to playing music wasn’t immediately successful. “I started banging on pots and pans when I was a year old,” he said with a laugh. In kindergarten, he started on violin, which didn’t exactly take. But in second grade, he began learning piano, and music became his primary focus. In fourth grade, he picked up saxophone and became completely consumed with making music.

“I try to think of making music in universal terms of rhythm, melody and harmony — so that with any instrument, you’re kind of heading down the same path,” he said, in regard to playing a myriad of instruments  “It’s all in a day’s work, and I know I have to keep working on all of them.”

Landlady made waves in 2011 with the release of its debut album, Keeping to Yourself. They followed it up, in 2014, with Upright Behavior and released the EP, Heat, last year. With two consecutive years of new material, it doesn’t mean the band will be slowing down at all. “Oh, there’s about to be a lot of music coming out. There will be songs in the air by fall.”

Approaching 30, Schatz looks back at what it has meant making music within the same outfit since he was in his early ‘20s: “It’s the evolution of being a songwriter — it all organically grows. We all keep getting better at our instruments and being informed by different things than what we used to be. We’re becoming ourselves.”