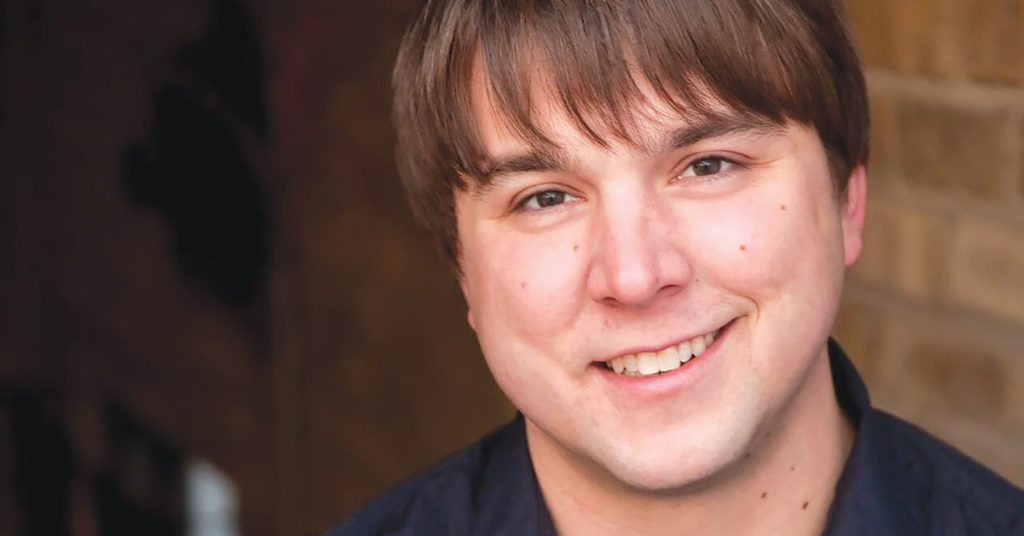 Andy Woodhull is an affable, charming comedian with sardonic wit, who finds quirky observations in the course of everyday life. Born in Northern Indiana, Woodhull began his career in St. Louis, and honed his material as a key member of the Chicago comedy scene. Last year, he released the critically-acclaimed album, Step Parenting, which focused a mostly on his transition from single male to married and the stepfather of two daughters. You might also recognize him from “Tonight Show with Jimmy Fallon,” “Conan,” “Comics Unleashed with Byron Allen” and “Live at Gotham.” This weekend, he returns to Louisville with a set that reflects on the lessons he’s learned since embarking on this new journey in life.

LEO: When did you know comedy was going to be the plan for your life?

Can you pinpoint that moment?

Well, at sixth-grade graduation we had to write what we wanted to be when we grew up, and I wrote ‘comedian,’ but I spelled it ‘comelian,’ which my parents thought was hilarious. And the only reason I remember that is because they still have the piece of paper somewhere.

Your new album is called Step Parenting. How has step-parenting changed your life?

[Laughs] It’s probably a lot like becoming a regular parent, I would think. All of the sudden you’re responsible for other people: That’s the main thing. I think now all my decisions go through the lens of ‘I have a family, and my decision effect other people.’ My life is a lot richer now. It’s fun being single and going out, but now I come home, and there are people that are happy I came home.

Do you think it would be easier for people starting with a newborn, so they can grow into becoming a parent with the kid, as opposed to coming into their lives at 10 years old?

Sure. It’s way easier. Because a baby doesn’t know how bad of a parent you are for the first five years. My wife’s kids are definitely old enough to tell me what a bad parent I am.

What advice would you give to someone who is about to be a stepparent?

The most important thing is let the birth parent do the disciplining, because the kids always have the ‘You’re Not My Real Father’ card in their back pocket waiting. It’s hard enough to build a relationship with a kid, much less if you’re trying to do it while being an authoritarian figure.

Her kids have to think it’s cool to see you on television.

They do. Last year, when I was on “Conan,” everyone got to go with me, which was a really cool experience for us all. And for a minute there, I thought I was a real cool dad. But no, I still have to park like a block away when I’m dropping my daughter off for band practice. •