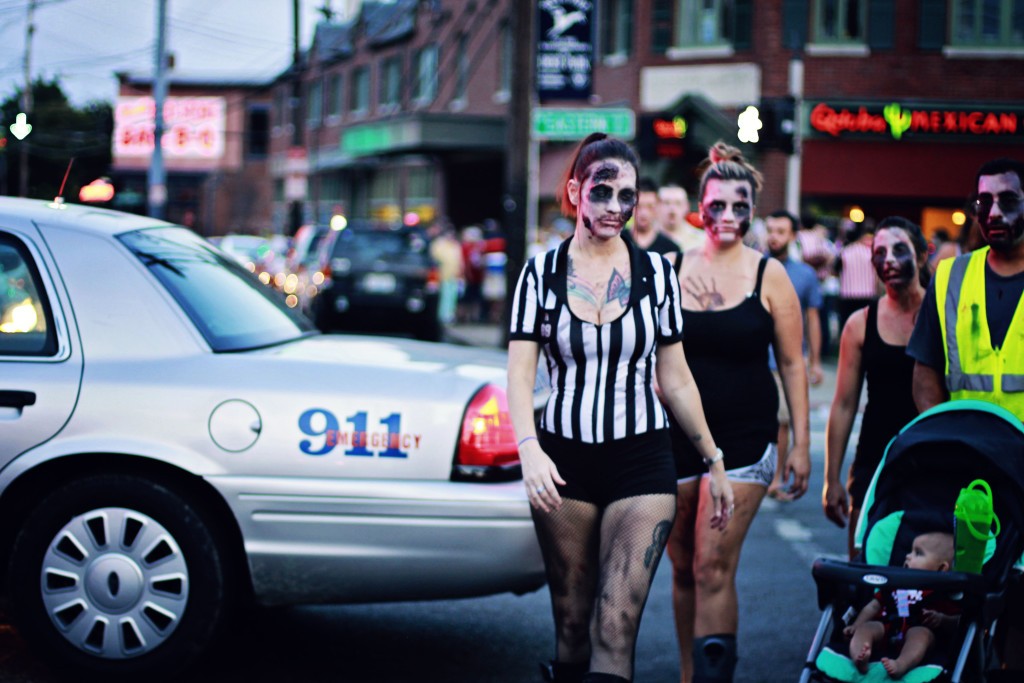 Louisville Stop the Crime: Listen to us Rhyme
UofL (Red Barn)
$5  |  7 p.m.
Louisville musicians from different parts of the city (Kevin Wayne, Velley Vev and more) are hosting a show they hope will bring the community together and encourage people to stop the violence. It may seem like a futile attempt, but every little bit helps.

Red Bull Flugtag
Waterfront Park
Free  |  11 a.m.
The Red Bull Flugtag (or flying day in German) is a contest during which teams are challenged to design and build “flying machines” that they will then ride off of a 30-foot flight deck (and quickly crash into the river). But it’s not all about efficient flying. The fun is in the creative flying machines, the showmanship and the general good time had by all.

Louisville Zombie Walk
Bardstown Road
Free  |  8:30 p.m.
Louisville has a history with the “Zombie.” The first modern zombie movie, “Night of the Living Dead (1968)” was filmed in Louisville (and Pittsburgh), “Return of the Living Dead” was also set in Louisville, and we also host the largest, and longest-running, zombie walk in the world! So get in the spooky-season mood, and head down to the starting point at Eastern Parkway and Bardstown Road. To get a idea of what your getting into, enjoy this music video shot at the zombie walk with local hip-hop artist James Lindsey (formerly Jalin Roze).

Louisville AIDS Walk
Iroquois Park
Donations  |  10 a.m.
This weekend, instead of just walking around to stay in shape, walk in Kentuckiana’s largest annual HIV/AIIDS awareness and fundraising event. Proceeds from this 1.5-mile walk go directly toward supporting individuals suffering from the disease in the Kentuckiana area. And don’t be afraid to bring the dog on the walk as well (as long as they are leashed).