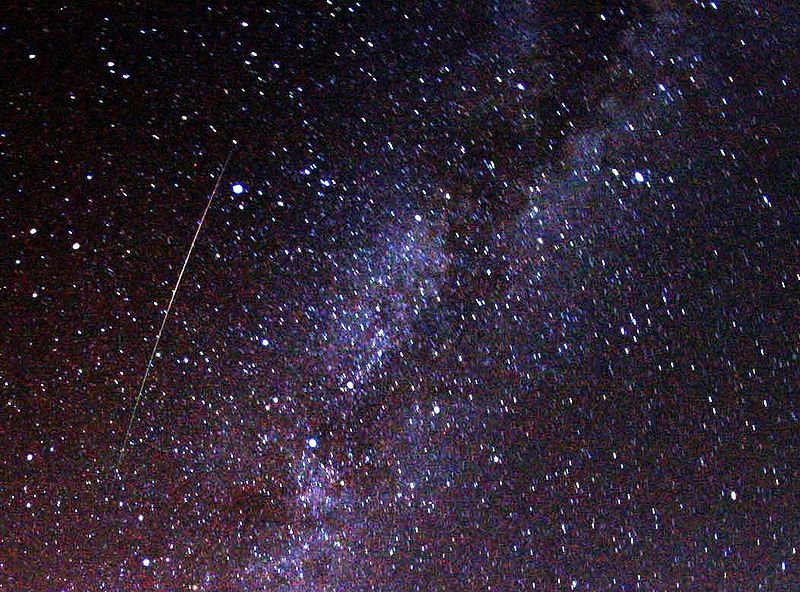 Photo of a Perseid meteor show by Brocken Inaglory.

Joyce Manor, Diet Cig, Tiny Moving Parts, Boner City
New Vintage
$16-$18; 6:30 p.m.
This show has it all: Four solid acts and a bit of variety in each, and it’s under $20 (I’m on a budget OK!). Louisville’s own Boner City is a gritty punk band with a fun side (hence the name), Tiny Moving Parts mixes early emo with math rock, Diet Cig is a living soundtrack to a really good (but appropriately niche) indie film, and headliners Joyce Manor are a pop-punk throwback straight out of a ‘90s skater’s wet dream.

Planet Watch with the Louisville Astronomical Society
Bernheim Forest
$10-$12; 9 p.m.
Giant space rocks are falling out of the sky this weekend (or if your inner child is dead, you might call it a Perseids meteor shower). And you can see that, as well as a number of planets and other astronomical oddities, in amazing clarity, thanks to the Louisville Astronomical Society and its high-powered telescopes. Don’t miss this chance to have science, and the enormity of space, blow your mind.

Beer Tasting & Coloring Contest
Hilltop Tavern
Free; 5 p.m.
You ever see your niece or nephew coloring in their Godzilla coloring book and think: “Damn, why you bogarting all the fun!” Well don’t be a jealous dirtbag like me and steal it from them. Just head over to Hilltop Tavern, where there will be plenty of coloring supplies ready for a coloring contest. As well as four beers from four breweries that participated in a recent brewing contest.

Puppies & Pints
Hub Louisville
Free; 3 p.m.
Grab your four-legged friend (and a leash) and head to The Hub Louisville this weekend for Puppies & Pint night! This is where humans can enjoy puppy-themed snacks and beer specials, while the dogs sniff each other and nom on some doggy jerky and iced treats. And if you’re lucky you might meet a fellow dog lover who will sniff you! It’s a win-win!