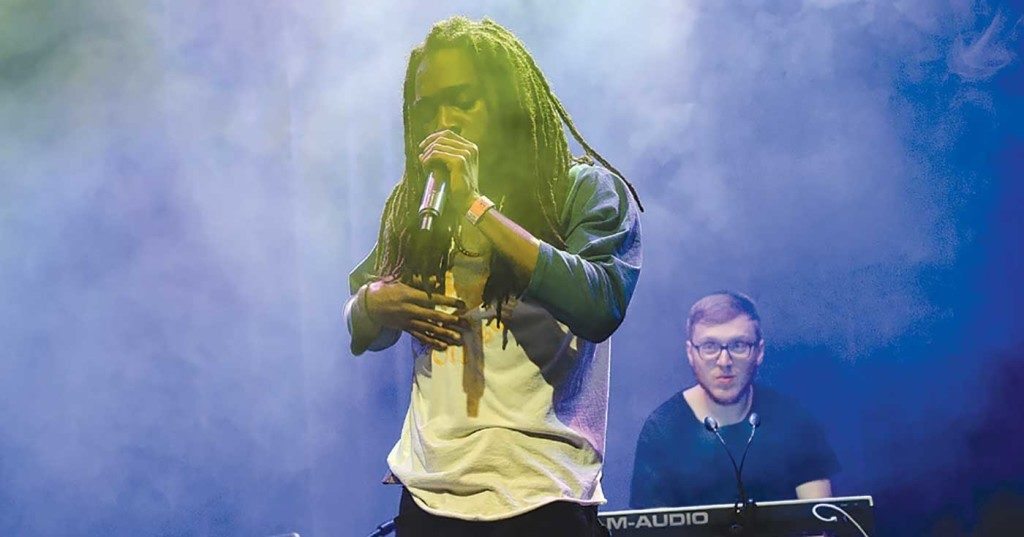 Ray LaMontagne
Tuesday, August 2
Louisville Palace
Singer-songwriter Ray LaMontagne kicked off his career with 2004’s excellent piece of heartbroken folk with Trouble, and he has continued to slightly update his sound, most recently with Ouroboros, which was recorded in Louisville at La La Land and was produced by Jim James. And, on this tour, the members of My Morning Jacket (minus James) are the backing band.

Sick Velvet
Saturday, August 6
Kaiju
Hometown glam-rockers that deal in power-chords and charisma, Sick Velvet is a late 1970s throwback of sorts, but filtered through that ’90s fuzz-infused, distanced kind of approach.

Jordan Jetson & Eons D (album release)
Outerspace
Saturday, August 6
In celebration of their recent release, Inner Space — which features 1200, Ottis Junior, Shadowpact, and Allen Poe and others — Jordan Jetson & Econs D six tracks are filled with thick, clever verses and beats and parts that match the intensity and versatility of the lyrics.

Alice Cooper
Sunday, August 7
Louisville Palace
The shock-rock Hollywood Vampire himself, Alice Cooper has contributed big, bracing and strange songs to his shadowy corner of popular music for the last half century.

Joyce Manor / Diet Cig / Tiny Moving Parts / Boner City
Friday, August 12
The New Vintage
Some genres seem intent of imploding, only to see a comeback — and that genre, in 2016, seems to be pop-punk, as the categorization is currently redefining itself. And while Joyce Manor, Diet Cig and Tiny Moving parts fall into that second-coming of solid pop-punk (sort of in the vein of a band like Modern Baseball), Louisville’s Boner City fall more into the fringes of punk, producing the unhinged, gritty and excellent throwback variety.

The Whigs
Wednesday, August 17
Zanzabar
From Athens, Georgia — a town known for its alt-country-infused, throwback rock n roll — The Whigs are a ball of energy that can also dip into a softer, melancholy side.

Seven Sense Festival
Saturday, August 27
Preston Street
With national, regional and local bands playing on stages outside on Preston Street, as well as inside The New Vintage and Zanzabar, Seven Sense Festival is a great way to discover music. This year features Dylan LeBlanc, Low Cut Connie, Cedric Burnside, Frederick The Younger, Projector, The Cut Family Foundation and many more.