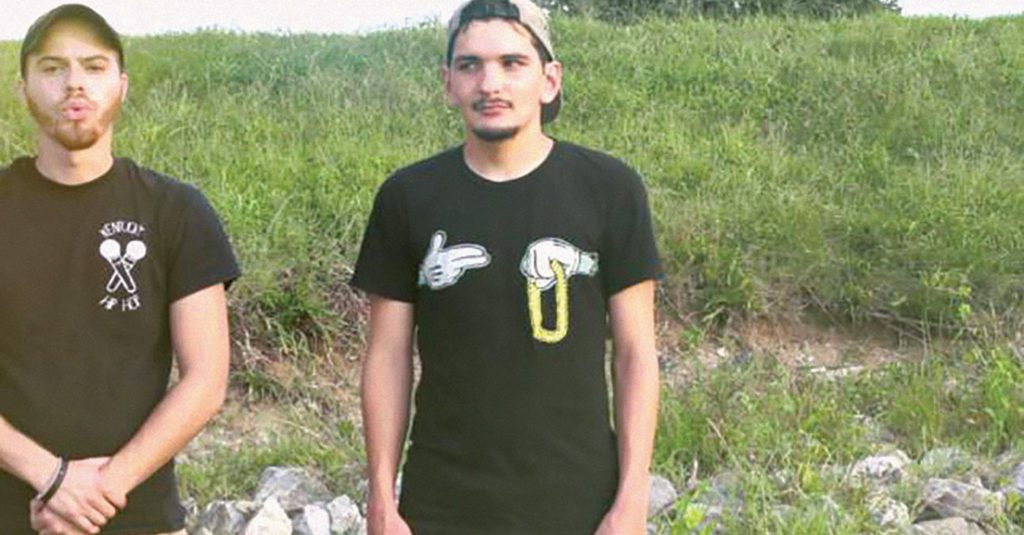 Speaking with the members of Shadowpact, it’s easy to understand their appeal. Comprised of emcees Sleye Kooper and Modern Marvill, and producer Artemis the Archer, they are engaging and kind, which is reflected in their work. While it may not be an intentional aesthetic, there is almost no hint of that hip-hop braggadocio so part and parcel to the genre — replaced instead by an earnestness and passion for what they do, and backed by an undeniable confidence.

They got their start as you do, one foot in front of the other. Kooper and Marvill gravitated towards hip-hop in high school before meeting up with Artemis, gathering their skills along the way.

“I took my rap career from being drunk at high school parties to Dragon Ball Z puns,” Kooper said.

It escalated quickly. Since 2012, the trio has been performing and releasing records at a steady clip, including a string of singles, a full-length, an EP and some especially amazing sets.

“You look at our first show at Solidarity: It’s the same people dropping stuff. Dundiff. Touch. The scene really evolved at Forecastle. If the Louisville scene was a volcano, then that Mercury show was the start of that, then that Forecastle set is when it blew. What helped the scene evolve was the attention that the media [gave] after that Forecastle show,” said Marvill.

The members of Shadowpact have a deft handle on their pen, crafting some of the cleverest and pop-culture fluent rhymes in the game, a fun Easter egg hunt with each repeat listen. They know a clever turn when they hear one.

“Going into a Shadowpact track, we [only] curse a little bit,” Kooper said of their choice of words. “So our curse-to-verse ratio is already pretty low. I don’t know — when I curse, I want it to mean something. I’m not editing that shit out, because I put that shit in for a reason.”

That sharp wit cuts both ways. Sleye recalled a quick change made at a show that called for a little softer language: “So, we were playing an all-ages show, and this shit made me laugh mid-set, drop my mic, and walk off the set. On ‘No Comment,’ Devin goes ‘So I pooped on a loose leaf.’ We didn’t prepare for that. And I looked at him like, ‘You didn’t say this.’ I just died. I couldn’t breathe.”

That tension between pursuing art and keeping the lights on is very real for Shadowpact, and in limiting their time, it impacts their work.

“Some people look at it like, if you really love it, that would be success,” Marvill said. “Success to you would be to work off music. They might think that success is filling a venue. I don’t think that I will ever be 100 percent happy with a job. That’s our major goal — to be able to live off our passions.”