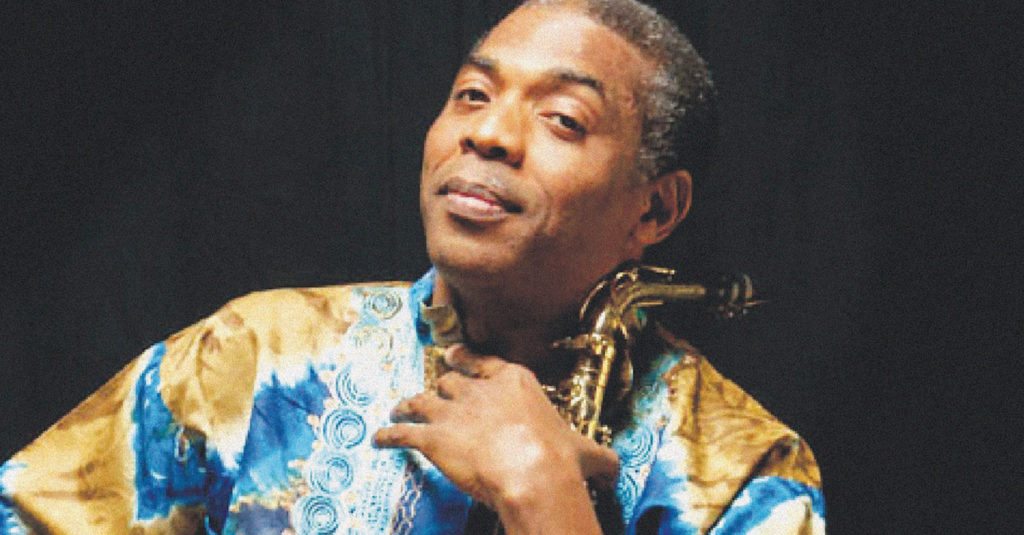 Femi Kuti posed this question in the middle of piecing together what happened to his life between 1983 and 1986. His dad, the saxophone-playing, Nigerian government-damning father of Afrobeat and international star, Fela Ransome-Kuti, was imprisoned at one of the nation’s toughest, Kirikiri. It would not be the only time his dad got locked up for offending Nigeria’s militant, autocratic rule. But without Fela to lead his band, Egypt 80, the 22-year-old, saxophone-playing, heir of Afrobeat, Femi Kuti, took charge. Did he really have a choice?

Born to Fela’s first of many, many wives, Femi realized at a young age that to survive in his father’s shadow, he would have to strive as an individual. He began playing in Egypt 80 at age 15, and then he was running the entire organization. Keeping it together was enough pressure on top of Fela’s brother, and now lawyer, “always interrupting my life,”  he said, drained.

“By the time [my father] came out, I was wild,” he continued. “I totally had tolerated enough and, even if I failed, it was important for me to fail on my own. I did not want to blame anybody for my failure.”

In 1986, Femi Kuti left Egypt 80 and formed his band Positive Force, taking Afrobeat with him. When he took Afrobeat — a style combining the best of jazz, funk and brassy high-life — the Positive Force injected fresh, energetic beats, going sideways on Fela’s high-energy/easy pace. Part of this experiment brought in the technologies that dad was adamant about using anyway, but it was the release of 2000’s Shoki Shoki and breakthrough single, “Beng Beng Beng,” that primed a new direction for Afrobeat, and new generation of Nigerian entertainers to emerge. “Nobody thought the Afrobeat would go in that direction,” he said. “They all say they got it from my father, but they lie a lot on that, because it was ‘Beng Beng Beng’ that changed the Afrobeat.”

Femi Kuti held the door open for a new movement. And for the last 16 years, he’s extracted all inspiration through the Miles Davis method: not listening to any music except his own, when he could help it. “It’s quite a very difficult thing to do, because we all start from listening to somebody. But then I had so much music already around from my father … I find that my music is very pure now,” he continued. “It’s coming from a very fresh, authentic point, all the time.”

Femi and the 15-piece band, Positive Force, don’t neglect that in a live set, either: “I have used [music] to express the greatness of the universe. But it doesn’t belong on a computer. Not mine. I can’t lay plain.”