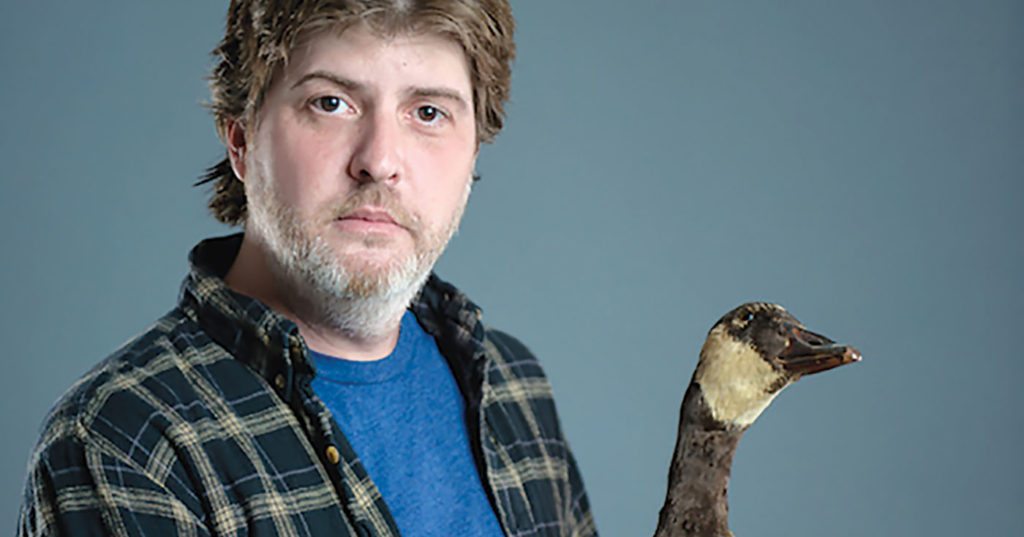 Stewart Huff is no stranger to the Bluegrass. He was born in Campbellsville, and he later lived in Louisville for a while as an adult. Granted, he was raised in Knoxville, Tennessee, and currently lives in Athens, Georgia — but his Kentucky roots remain firm. Huff has spent two decades polishing his comedic voice to become one of the most-beloved comics on the road. He is an inherent storyteller who gives audiences a glimpse of the sometimes-twisted path he follows through life. He was a finalist in the 2006 Boston Comedy Festival and was invited to perform in the HBO Las Vegas Comedy Festival. Stewart also won the 2016 Critics Choice of the Best Comedy at the Orlando Fringe Festival. He returns to Louisville this weekend, headlining the Laughing Derby with all new material he is working on for his soon to be recorded fourth album.

LEO: What do you look forward to when coming back here?

Stewart Huff: There was an antique place that I loved. I think it’s gone now, but it was in an old mill. But I just love The Highlands, the coffee places and the Indian restaurant down from the club. Usually when I’m in town, I don’t leave The Highlands. I’ll do the show, walk up and down the street, sit on a bench, listen to people, get me some Indian food, hang out at the bars and then call it a night.

You’ve been known to brag about your collection of vinyl. What drew you to that medium for your music?

Well, I never really stopped buying vinyl, because when CDs came in and hit hard, vinyl became cheap. You could buy a new CD, and it was $20, or you could buy the album on vinyl, and it was $4.99. Also you could go to record stores, and they had these bins where everything was a dollar. So if it had a cool cover, I’d spend a buck on it. Why not? I discovered a lot of bands that way. Or it would make some mention of Allen Ginsberg on the back cover, so I’d buy it, and see what they have to say about him.

Your parents weren’t happy when you dropped out of college to do comedy. Are they OK with it now?

Not really. It’s been so long — it’s been like 20 years. We don’t even talk about it, really. Eventually, they just stopped bugging me about it, but they have yet to say, ‘Good job, Stewart.’

Do they understand that you’re gainfully employed?

It actually cracks me up. It’s not upsetting to me, but when they say something about my job, they’ll put it in finger quotes.

Do you regret leaving college?

No. I think it’s one of the best decisions I’ve ever made. I don’t know that it was financially good, but I’m very happy with that decision. I’m happier now than I was 10 years ago. Ten years ago, I was more hesitant to be blunt about what I want to do. Right now, I’m doing exactly what I want to do on stage. I’m in control of every word that comes out of my mouth, and I don’t care if it upsets, or offends, people. It’s freedom. It’s happiness.

How much of your material is true to life?

There’s exaggeration in everything, but I don’t just make something up that didn’t happen at all. Maybe sometimes I put two stories together. Or maybe I said: ‘There were 12 people in the room.’ I don’t remember how many people were in the room. I made the number 12 up.

Like how you’re an ‘uncle baby daddy.’ That’s all true?

I am. And actually my ‘daughter niece’ is with me right now. But that’s a good example: There’s a little exaggeration there, but I did go to the doctor, I donated sperm, gave it to my [sister’s wife], and now I’m an ‘uncle baby daddy.’

What’s the difference between be a good comedian and a respected comedian?

Let’s be honest: Being funny isn’t hard. You can go onstage in a Speedo and no shirt, with nipple rings on, and fart into a microphone. People will laugh, but comics will not respect you. If you set the bar higher — if you want to talk about something that means something to you, something that’s personal — it’s much harder to do, and comedians will always respect you for that.