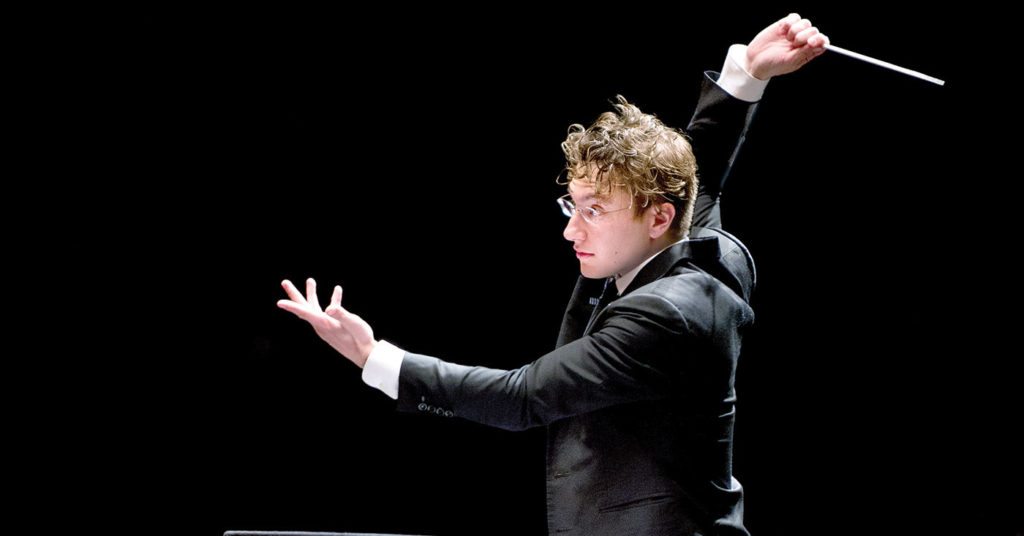 Forecastle expands its imaginative programming this year with a performance by Louisville Orchestra conductor Teddy Abrams and what he calls “The Forecastle Symphony.” In Abrams’ short time here, he has made a point to extend the orchestra’s reach by collaborating with many artists from a variety of genres.

Abrams said he and Forecastle founder, JK McKnight, discussed how this major music festival could “showcase the energy of the Louisville music scene,” while expanding to include an orchestra and conductor. Last year, the orchestra worked with Jim James to put together some new arrangements of My Morning Jacket songs, and joined them on stage at last year’s festival. Abrams cited James’ enthusiasm for the project and incorporating the orchestra.

For 2016, Abrams has assembled a core of about a dozen musicians, playing on the idea of a symphony. He said he wouldn’t really be conducting, “but maybe I’ll wave my arms a few times. Mostly, I’ll be leading from the keyboard. I really want the musicians who are taking solos or singing their own songs to have a spotlight on them. This is about me providing a platform for Louisville musicians to shine. It’s a special collective,” and he proceeded to mention Scott Carney, Carly Johnson, Joan Shelley, Sarah Jarosz and others, “all with the full backing of the Forecastle Symphony. I think it’s going to be a really fun musical gathering of different backgrounds and styles.”

“Classical always carries a really challenging, and sometimes negative, connotation, which it just doesn’t deserve,” he said. “My philosophy has always been: If there’s a kind of music you feel inside of you, you should pursue that, and absorb it, and find a way to make it your own. I think that comes from my role as a composer, which is really about hearing inside of yourself. As a composer, you’re not just stringing together groups of notes and chords you like. You’re really listening inside yourself to what the next note should be. You’re a synthesis of all the music and the sounds that you love.”

Reflecting on his own eclecticism, Abrams said, “Very early on, I started improvising at the piano, you couldn’t say it was really jazz or classical. From there, I started growing into lots of other styles of music that I wanted to connect with. With my background, I’m very grateful for the classical training, because it allows me to fit into situations from rock ’n’ roll to bluegrass to straight-up jazz and even world folk music, like klezmer, or Scotch-Irish fiddling, or whatever it is. If you come at it from an honest perspective, it allows for a really beautiful collaboration.”

“I don’t really make the festival rounds, but I’d say that last year, there was a very special vibe created,” Abrams said. “I was blown away by how there were tons of people, but it still felt like it belonged in and to Louisville. I’m really appreciative — in other festivals, you’re not going to find conductors and orchestras involved, so this is really special and a great opportunity.”