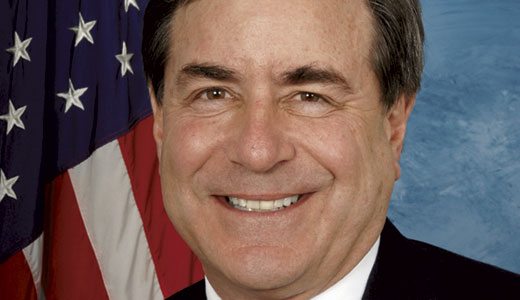 First we must remember that Bernie Sanders is not a Democrat. He formally, and perfunctorily, registered as a Democrat last year so he could seek that party’s presidential nomination. Yes, he caucuses with Democrats in the U.S. Senate because, otherwise, he would not have committee assignments. Next week he will continue his battle to trump the Democratic Party’s convention.

Don’t get me wrong: Sanders has accomplished some pretty amazing political feats over the past year. He raised hundreds of millions of dollars from millions of people who saw in him the idealism they share. He attracted hundreds of thousands of people to rallies, where he railed against the machine and offered an agenda that many liberals, this one included, embrace.

And yes, he tugged Hillary Clinton to the left on important issues, like a steep hike in the minimum wage and an aversion to more free-trade agreements.

For all of these things, he deserves applause.

But again, Sanders is not a Democrat, which is important, because a Democratic presidential standard bearer has responsibilities for more than just his, or her, own candidacy.

Sanders was a member of the Liberty Union party in the 1970s, when he ran third-party campaigns — against Democrats — for governor of Vermont and U.S. Senate. In 1979, he became an independent, and, for the following 36 years, he consistently resisted any ties to the more liberal of the two major political parties.

So the question for the week of the Democratic National Convention, and the three months thereafter, is how much attention Democrats should pay to his, and his supporters’, demands for attention and respect, or more seriously, capitulation?

Political parties in the United States, at least the two major parties, have existed for the past 100 years as a way to organize campaigns to accumulate governing majorities. Sure, they profess a degree of philosophical consistency, but they have never insisted — indeed, they would fail miserably if they did — on political purity. Both parties have recognized that in a country as diverse as ours, purity of philosophy would guarantee political minimalization and impotence. So the two parties basically understand that a political party, to be successful (i.e., to achieve that governing majority) must tolerate variations on the themes of liberal or conservative doctrine.

Clearly, Sanders and his supporters have not bought into this understanding of political parties. And that’s why the Democratic Party’s biggest challenge over the near term is to convince the Bern-ers that their idealism can best be pursued, although maybe not realized, by supporting the Clinton candidacy.

Kentucky actually serves as a perfect example of this dynamic.

It is impossible to conceive of even one Bernie Sanders acolyte welcoming the scenario of Gov. Matt Bevin with a Republican-controlled General Assembly. Virtually every policy prescription they hold dear would not only be impossible, but our citizens would lose ground in healthcare, education, voting rights, environmental protection, income inequality, etc.

While I know Sanders’ Kentucky supporters would love to have a $15-an-hour minimum wage, free public education and universal healthcare coverage in our state, they must know that those objectives would be much further from realization if Republicans ran both the Kentucky House and Senate. While voting for Clinton and Jim Gray won’t make their ideals more realistic in the near term, their abstention from the election will clearly endanger future prospects for success.

And so it is on the national level. Sanders’ supporters can stay at home on Nov. 8 because Clinton doesn’t agree with them on every item on their wish list, and they would undoubtedly feel they are pure of spirit. But in so doing, they would increase the odds that their political dreams will be more unachievable than ever. They would increase the odds that money would become more determinative of policy than it is now — that labor unions would have even less power to help raise the standard of living of working families across society, that tax policy would continue to favor the wealthiest individuals and corporations, that drug companies, insurers and hospitals would continue to frustrate the goal of quality healthcare for every American and that our society would become more unequal rather than more fair.

I love the energy, enthusiasm, commitment and idealism of Sanders supporters. Their effort has been inspirational. But now it’s time that those of us who share the same goals — whether they are reached tomorrow or next year or next generation — work, and vote, together. In that effort, we are more than Democrats or independents. We are Americans who want a more perfect union. •

Yarmuth, founder of LEO and a super-delegate to the Democratic National Convention, has represented Kentucky’s 3rd Congressional District since 2007.