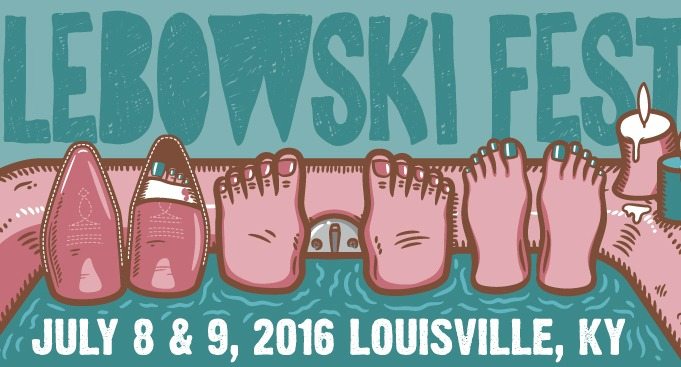 The Lebowski Fest, which celebrates all things from “The Big Lebowski” movie, is coming up on its 15th anniversary. From its beginnings in a Christian bowling alley, with signs reading “no cursing” on the walls, it has now become a tradition in cities including New York, Los Angeles and London. The people who attend call themselves “Achievers,” and have created a community that is like no other. Will Russell and Scott Shuffitt founded the Lebowski Fest in 2002. Since then they have created a team of people dedicated to helping to keep the festival running, so fans can celebrate the movie every year. Tyler Gill, who manages the festival, said Russell will be involved in this year’s event in Louisville. The movie party/festival typically features live music as well as a screening of the Coen Brothers’ classic. The second day, the bowling party, includes a costume contest, trivia contests and unlimited bowling. White Russians will be flowing, one liners will be shouted in unison, and the Dude will abide. We talked recently with Gill about this year’s Lebowski Fest and its future.

What are you looking forward to about this Lebowski Fest, specifically?

Well, this year’s the 15th-annual Lebowski Fest. Fifteen years of beautiful tradition. So I guess that’s kinda a big anniversary. It’s been awhile since we’ve done a fest. So, we’re really excited to just get back on the horse. Our favorite fest is always Louisville. All of our friends who have been coming to to Lebowski fest — the achievers that have been, you know, doing it for 10, 15 years even — should all be there. So it’s really kind of like a get-together of all these people that we haven’t seen in a long time, and we just can’t wait to do it again.

How long has it been since you put on the last fest?

We usually do them every few months. We just, we haven’t done one since, I guess, Milwaukee 2015, which was August. Will had his issues last year, and we just took a little hiatus there for a little while, while he sorted through those things.

So is Will involved with the fest this year?

Yes, Will is still involved: He is still the founder, owner, organizer [and] what have you. I’m essentially his right-hand man. Will and I are the two organizers, I guess you’d say, and then we have a staff of volunteers that have been doing it for years and years, who are kind of like the heartbeat of Lebowski Fest.

So, Will’s still just as involved as he has been in the past?

The festival has been successful for 15 years now, and there are now festivals around the country, as well as overseas. What do you think it is that resonates with people and makes them want to come back, and has made this festival successful for so long?

I think there’s really sort of an inexplainable magic about “The Big Lebowski.” The movie itself is such a great movie, and it resonates with so many people in so many different ways. It’s extremely quotable, so there’s just so many lines from the movie that apply to everyday life. Like, I’m constantly quoting the movie just throughout the day. I think that’s a big part of it. You know, Lebowski Fest, over the years, has grown into a sense of community, I think. So many of the people who have been coming for so many years know each other now. Plus, it’s kind of just an escape from your everyday life. I think everyone sorta wants to be The Dude in some way. The Dude just kinda has this carefree lifestyle that you can’t help but envy in a lot of ways. At this point, The Dude is just this mythical figure. He’s kinda a legendary person.

What is the community like? What should people expect when they go to the festival?

People can expect to see a lot of people dressed as their favorite character from the movie. As well as a lot of deep cuts from the movie. Like some people will dress as a single line from the movie. My favorite thing is getting to see how people can still be creative about this movie that’s 18-years-old now, or something, and still create these new ideas from this movie. I think the Achievers are all kind of like-minded people. They’re all pretty laid back, they like to have a good time and everyone kind of cuts loose at Lebowski Fest. At the bowling party, you get that sense of community, because it’s like open-lane bowling so people just jump on lanes with strangers, and make friends all night. Lot of white Russians, lot of oat sodas. It’s a really great time.

How many cities has the Lebowski Fest been to now?

Oh, I can’t even— it’s probably been in upwards of 20 cities. I think Will has done something like 75 Lebowski Fests. It’s even gone global. It’s been all over the place, from the West Coast to the East Coast. I’ve been with the Fest four years now, and I’ve probably been to 15 or so myself.

Well, I personally think that some part of it has to be accredited to Will for having the vision to see that this would be successful in various markets. But also, The Dude has achieved this sort of level of fame. Everyone knows The Dude — the face of The Dude is on t-shirts all over the place. There’s something about him, that he’s just a relatable guy.

If it is someone’s first year going to the festival, what should they do to get the most out of it?

I’d say come to the movie party, and to the bowling party, of course. Just come with a good attitude, and be ready to have fun and, you know, watch “The Big Lebowski,” bowl, hang out with some people in some crazy costumes, dress up yourself [and] feel free to wear any kind of Lebowski-related thing that you’d like. I don’t know — just be ready for a good time. It’s a really interesting thing to come to for the first time. You might not know what to expect, and I think the only way to do it is to just come see for yourself.

This festival is celebrating it’s 15th anniversary this year. How would you say it has grown since the beginning?

The first year, I think, they were in a Christian bowling alley that had signs on the wall that said ‘no cursing.’ If you’ve seen the movie, you know it’s pretty filled with cursing. So they went to this Christian bowling alley expecting just a few close friends to show up — kinda have like a little party — and, I think, like 80 people showed up. Like three times, four times the people they thought would show up. Then the second time around it was picked up in SPIN magazine as something not to miss this summer. So, the second-annual fest kind of took off, and from there it just continued to grow. They got more press and eventually took it out of Louisville. I think the first out of town fest was Las Vegas. They went into that market and, from there, it just continued to grow. I think we’ve done LA. almost every year. It’s been to New York for probably 10 years now. It has real organic growth around the internet, and it just got picked up at the right time.

What has been your favorite part of this whole experience?

I think my favorite parts are — personally this is the coolest job I could have hoped for — and the Achievers who keep supporting the festival, and keep coming back, are also my favorite part. That’s what allows us to keep doing this. These people who are into this movie just as much as we are, and have become our great friends. That’s really the best part. Getting to see everyone: It’s almost like a family reunion now every time you go to Lebowski fest, and see everyone that you know. We’ve got a big core group of people who never miss it. A lot of people will travel with us and do it. And there’s new people every year. “The Big Lebowski” is 20 years old, or something, but there are new people every year, young people. I guess because that movie just continues to resonate with young people, or old people.

What are your hopes for the future of the festival?

Well, we’ve got some cool things on the horizon. I really think the best days of Lebowski Fest are still ahead. I think we’ve got a lot of things that we’re working on that we’ll be letting everyone know about before too long. I think as long as we can just keep it going, and go to new cities, we will make it a big thing.

Read a piece Russell wrote about the festival for LEO in 2013 here.