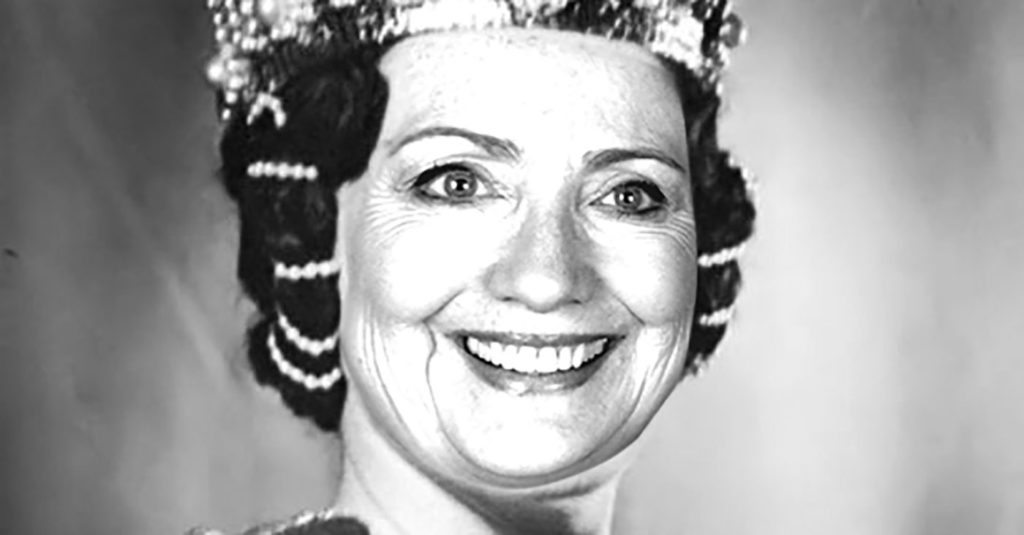 This story originally appeared as part of the cover story in our Convention Issue. We also ran an examination of Donald Trump’s parallels to Chaucer’s deceitful character The Pardoner.

We might all be forgiven for thinking that, in 2016, the United States is long overdue for a female presidential candidate. However, with Republicans and other critics routinely asserting that Hillary Clinton is the most-corrupt candidate to ever run for president, the presumptive Democratic candidate often seems cast as a modern Lady Macbeth. We’d be hard-pressed to name a character more consumed by reckless ambition — and more to be reviled on that basis — than is “Macbeth’s” female lead. And we’d be hard-pressed to find a presidential candidate more routinely accused of such ambition than the woman Donald Trump has dubbed “Crooked Hillary.” Only in this case, unlike Lady Macbeth, Clinton didn’t stop at encouraging her husband to aspire to the nation’s top job: Now she wants the same position herself.

When Shakespeare introduces us to Lady Macbeth, he’s quick to show us how power-hungry she already is. Upon receiving a letter from her husband detailing a prophecy that he will be king, Lady Macbeth doesn’t just welcome the news. Instead, she takes Macbeth’s letter as justification for killing the current king, Duncan, and his wife. In a scene that remains one of Shakespeare’s most chilling, Lady Macbeth prepares for King Duncan’s murder by calling on the gods to dry up her breast milk and dispel from her any ounce of feminine care and pity. And so transformed, she prevails upon her husband to commit the regicide that sets the Scottish play in motion.

Unsurprisingly, it is Duncan-gate — followed by Banquo-gate — that ultimately brings down Lady Macbeth. Her husband quickly regrets his actions, and he finds himself pursued at all points by the ghosts of his victims. Lady Macbeth, on the other hand, remains unrepentant. As others learn of the Macbeths’ murderous actions, Lady Macbeth disintegrates psychologically and ultimately dies as a result of her derangement. Macbeth himself is ultimately impeached Scottish-style, and loses his head to MacDuff.

While former President Bill Clinton fended off impeachment (and no political rivals that I know of were murdered along the way), it isn’t a stretch to see parallels between the ambition and scandals that attend the Macbeths’ rise to power, and those that critics of the Clintons like to remind us all about. Even left-wing writers including author and commentator Doug Henwood and former Wall Street Journal columnist Thomas Frank, at times, suggest that ambition rather than a Democratic agenda drives Hillary Clinton’s desire to be the first female president. Add to Clinton’s ambition her insistence on preserving her privacy, and her initial unwillingness to cooperate with investigations into her work as secretary of state, and we’re left with the image of a secretive, conspiring, usurper similar to the one that brought Scotland to its knees 400 years earlier.

As with most polemical comparisons, this one is more apparent than it is real. Lady Macbeth’s actions are those of someone without a legitimate claim to the throne of Scotland. And, as noted above, Shakespeare is at pains to point out that Lady Macbeth is acting against the natural and ordained order of things: In conspiring to kill Duncan, she rejects not only divine right of kings, but also her natural nurturing role of a woman. While Lady Macbeth’s lines are almost exclusively devoted to murderous scheming, Clinton’s public appearances, for the most part, consist of policy discussions. Then again, Clinton’s actions are those of a woman legally elected and appointed to public office.

Nonetheless, many of Clinton’s critics suggest that — like Lady Macbeth — she’s overreaching, aspiring to a presidency that her husband has already held and should, by rights, go to someone else. This is precisely the sort of outdated thinking that Clinton has been running against since the 2008 Democratic primary. Nor is any ambition on her part inappropriate or misplaced: She’s a remarkably qualified candidate, having been a senator and secretary of state, in addition to first lady (a qualification to which no other presidential candidate has ever been able to lay claim). Arguably, being elected president represents the next logical step in a public career that has spanned more than two decades.

But perhaps it is at this point that a comparison of Lady Macbeth and Clinton proves most instructive: Is it that we still see a confident career-minded woman as somehow unnatural? Does Hillary’s desire to be elected president still strike large portions of the country as a woman trying to do a man’s job?

In the case of her Republican rival, the answer seems pretty clear.

But even in the argument, “Bill’s already been president — we don’t need Hillary too,” we might hear a subtle call for Hillary Clinton to know her own station and avoid the sort of overreaching that imperiled Scotland and led Lady Macbeth to her death.

Where Hillary Clinton differs from Lady Macbeth is in her understanding that challenging this sort of argument doesn’t in fact threaten the nation with disaster: It just reminds us that it’s 2016. •

Schneider is director of graduate studies at UofL and an associate professor of English specializing in the study of political and social movement rhetorics.