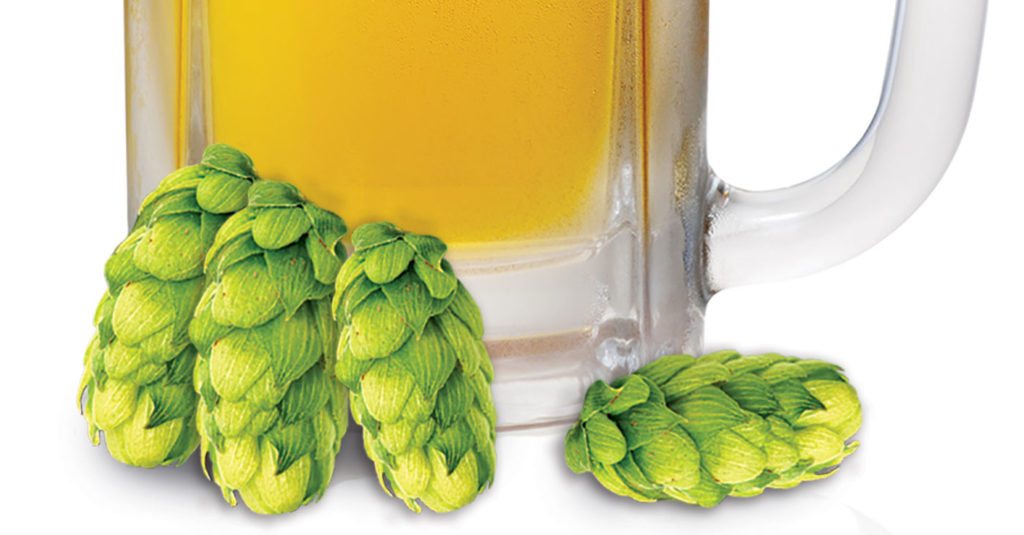 The boom in microbreweries is great for beer lovers. But many may not know that the rapid growth in breweries has set off a mad scramble for certain varieties of hops that are now in shorter supply.

The result has been that brewers must find other ways to make beer with other hops, particularly when it comes to India Pale Ales and American Pale Ales. Both varieties, IPA and APA, use such coveted hops as centennial or citra, which evoke a flavor a little more on the bitter side of the scale and that feature a strong hop presence and floral notes. This has pushed brewers to seek alternatives to those popular craft styles by brewing a wider variety of beers, including porters, stouts or fruitier wheat beers, each of which allow for a variety of hops that are less limited by supply and demand.

And the brewers have to do this while maintaining consistency and their brand.

“Small breweries will have to go beyond their comfort zones on hops and try new strains and combinations that they hadn’t considered before,” said Paul Young, who ran the home-brewing business, My Old Kentucky Home Brew, before closing up shop to work at Akasha Brewing Company and Monnik Beer Co. “It will separate those who know and understand how to brew, and those who are only following a recipe. The recent wave of fruit beers and session styles could likely be, in my opinion, a response to the hardening hop market.”

The limited number of producers of hops and pre-negotiated contracts with large microbreweries, such as Dogfish Head Craft Brewery and Founders Brewing Co., have put the squeeze on the existing supply of certain hops including citra and centennial, farmed mostly in Oregon and valued for IPAs because of their floral/citrus notes.

“With each new brewery looking to make the next best IPA, and other breweries growing their current brands, it can create a rush on the same varieties, when there is only so much grown each year,” said Michael Kohn, the south regional manager for Yakima Chief Hopunion.

For Goodwood Brewing Brewmaster Joel Halbleib, the brewing of beer is just one aspect of the job. Also important is being able to predict years in advance which hops you will need, he said. “Heaven forbid that you’d want to kill one of your brands, especially if it’s hoppy. If you don’t have a contract in place, you’re paying $25 a pound, whereas if you do, you pay $8 to $10 per pound. The trend is advertising hops as having a citrus flavor. It’s nothing more than everybody wants fruity hops in their IPAs.”

Ben Shinkle, brewmaster at 3rd Turn Brewing in Jeffersontown, said size matters when it comes to access to hops. “At one time I’d looked at getting a contract for Citra. The nearest contract I could get was 13 or 14 years out,” he said, adding, however, the scarcity also drives innovation for some brewers.

“It’s also made people utilize hops that’d been forgotten,” Shinkle said. “Everybody finds something that works. They find something that other breweries are making and look to do their own. The hop shortage has had to make people get creative.”

The hop shortage has also pushed brewers to make other kinds of beer. Where once brewers focused on popular beers such as IPAs, now that focus has shifted to include a variety of styles and approaches to brewing. Goodwood offers truth in advertising by crafting beers aged in specific wooden barrels to color the flavor. Monnik has an array of saisons, a farmhouse-style ale, and 3rd Turn focuses easily-reproducible styles including its porter, a robust, dark beer. All of those beers contain under-utilized hops that are easily reproducible and more readily accessible.

And it is that inventiveness that drives the Louisville microbrew scene.

Hop shortages are nothing new. When a drought in 2009 led to shortages of hops needed to brew the Bluegrass Brewing Company’s American Pale Ale, it inspired Hablieb to get creative. Instead of focusing on one or two varieties, it expanded its recipe to allow for multiple alternatives.

“The reason I expanded the varieties was because of the shortages. I found seven that I thought made a really hoppy beer. If we were to run short or the price was going to run out of control on one or two out of the seven, it wouldn’t have a huge impact on the beer,” Halblieb said.

Shinkle said brewers in Louisville share challenges, and he knows he can count on his peers to help.

“Everybody from the biggest breweries in the region to the smaller guys, they’ve always been a big help. It’s very refreshing. We realize that what’s good for one of us is good for all of us.”