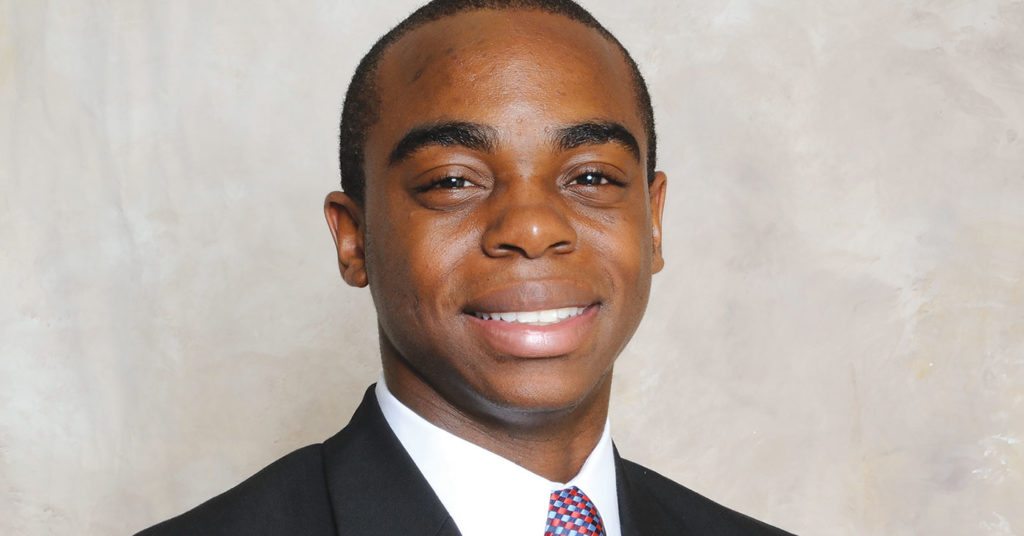 Gov. Matt Bevin promised a “fresh start” for higher education in the Commonwealth, but the policies coming out of Frankfort stink.

Bevin’s savage cuts to higher education followed up with his unprecedented and potentially-illegal power grab of UofL’s Board of Trustees, smells not of just partisan politics, but of a radical ideological revolution to university board governance in Kentucky.

This takes Kentucky backward, not forward.

It’s clear that Bevin has the power to name board appointees. Furthermore, it’s clear that these appointments are based on political calculations. I did not expect Bevin to depart from this trend. But at the very least, Kentuckians deserve clear, transparent, thoughtful and deliberate governance. That’s not what we’re witnessing.

I know about the value of debate on a board.

While serving on the Board of Trustees in 2008 as a student representative, I proposed a controversial mandatory meal plan for full-time undergraduate students. Many students, faculty, staff, civic and Frankfort leaders vigorously opposed this plan. Even though my board colleagues held political views aligned with the Governor’s who appointed them, we continued to work together to understand my plan. The board challenged me with tough questions, and we challenged each other to find more data to support our insights. And we relentlessly questioned university leaders as we made our decision.

The board’s processes worked. Leveraging each other’s skills, we were able to agree on a 10-year dining services plan with Sodexo. This plan expanded campus dining with healthier options and new eateries, including re-establishing a full service dining hall.  And just this year we learned that our strategic decision to lock in food prices for 10 years saved students $4.5 million dollars in inflation costs. This was a plan very few people liked, and public opinion was negative. However, committed people with different views, working through regular board governance, can find long-term solutions to support UofL’s growth.

Sometimes the work is not pretty, but it’s what governing boards do.

Perhaps dysfunction to Bevin means simply not subscribing to his political ideology. But if the definition of dysfunction, or removal for cause, is left up to the whims of Bevin, then no public university is safe. In fact, Kentucky law permits Bevin to remove board members for just cause; however, board members are afforded a hearing before the Council on Post-Secondary Education (KRS 164.821).

This did not happen.

Bevin’s radical reorganization has significant implications to existing practices and policies. He disregarded the purpose of staggered board terms designed to prevent the influence of one administration, and to preserve institutional memory. As a result, every gubernatorial election could usher in a new board. This threatens not only the stability of higher education, but also academic freedom.

Most concerning, Bevin will now have direct influence on the UofL Foundation Board, which was designed to protect the school from political interference from Frankfort. Three of Bevin’s appointees will now co-serve on that board, too.

I could give Bevin the benefit of the doubt on this radical approach. However if he was indeed serious about a “fresh start,” Bevin could have been truly revolutionary and disruptive by empowering the citizens of Kentucky in this process.

He could have considered popular election of university trustees. Such prestigious, top-tier public institutions like the University of Michigan have statewide elections for their trustees. He could have allowed alumni of the university to elect trustees just like at Princeton and Cornell universities.

He could have reconsidered the board’s demographic requirements. Perhaps diversity goes beyond racial lines and should include gender; and maybe political leanings are more than party affiliation.

He could have worked with the General Assembly to create a new higher-education mandate, beyond what is outlined in the Kentucky Post-Secondary Education Act of 1997. This would keep UofL focused on its strategic mission beyond 2020.

At the very least, he could have allowed for greater transparency, and public comment, in the nomination and selection process.

But Bevin didn’t make a “fresh start.” He blew up the Board of Trustees with an unprecedented use of executive power, and he ignored statutes clearly outlining the trustee removal process. Then, he remade the board in his own image. And he either failed to fully vet the candidates, or he didn’t care about one of the candidate’s homophobic and anti-intellectual Twitter posts. His actions destabilize the future of UofL and other academic institutions across the Commonwealth.

At one time, Kentucky was the place where education pays, but now, it only pays if you’re a political buddy who shares Bevin’s worldview. •

Rudy Spencer is an alumnus of the University of Louisville and served as UofL Student Body president and Board of Trustee member from 2008 to 2009.