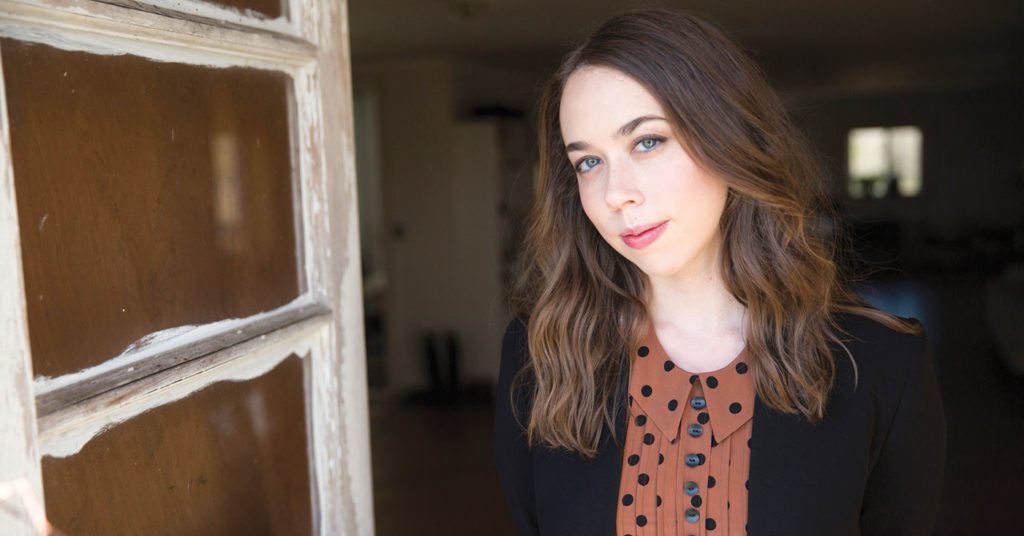 Sarah Jarosz is a soulful singer–songwriter from Wimberley, Texas, who embodies the best elements of bluegrass, blues, folk, country, pop and, sometimes, jazz. She is also a graduate of the prestigious New England Conservatory of Music. We recently caught up with Jarosz by phone to discuss her latest LP, Undercurrent, and the tour that brings her to Forecastle this weekend.

You come across as a musicologist in the way you seamlessly weave traditional tunes with contemporary covers, ranging from Tom Waits to the Decemberists. But you had a hand in writing every song on the brand new album.

Yeah, this is the first time I’ve made an album that doesn’t have a single cover on it. I wanted to evoke a certain feeling with this one so I really put a lot of thought into sequencing the songs in such a way that would convey a more cohesive statement about the roller coaster of life. It has its dark moments, but I think it ends up on a hopeful note.

Do you think your decision to finish college impacted your career in any way?

For sure. I’m really thankful that I got to have a college experience. I certainly didn’t want to become a road dog at the early age of 18. But beyond that, it provided me with important tools to draw upon for what I’m doing now. It really opened my ears.

You first made your name as something of a bluegrass prodigy, eliciting praise from all the best players in that field. How do you balance looking forward with honoring that tradition?

I feel fortunate in a way because I’ve never felt confined or restricted by any rules of that tradition. For me, bluegrass was a great gateway to a lot of other types of music, and there is so much improvisation involved, that my style just naturally expanded.

What was it that attracted you to New York City?

I’ve wanted to live in New York since the first time I went there with my friend Ben Sollee, when I was 15 years old. He happened to have an extra ticket to see the Tensions Mountain Boys–, who are now the Punch Brothers, –debut a piece at Carnegie Hall. Somehow my parents agreed to let me fly up there by myself, and I just fell in love with the place.

The last time you were in town was for an intimate performance with the Milk Carton Kids. What can folks expect from your festival set at Forecastle?

Well, it will be a three–piece band at Forecastle. And since our time is fairly short, we’ll be focusing mostly on the new material. Besides my own set, I’m going to be sitting in with (Louisville Orchestra music director) Teddy Abrams, which will be a really cool thing for me. So, it looks like I’ll be hanging at the festival all day. I’m super- excited to be checking out all the other artists.