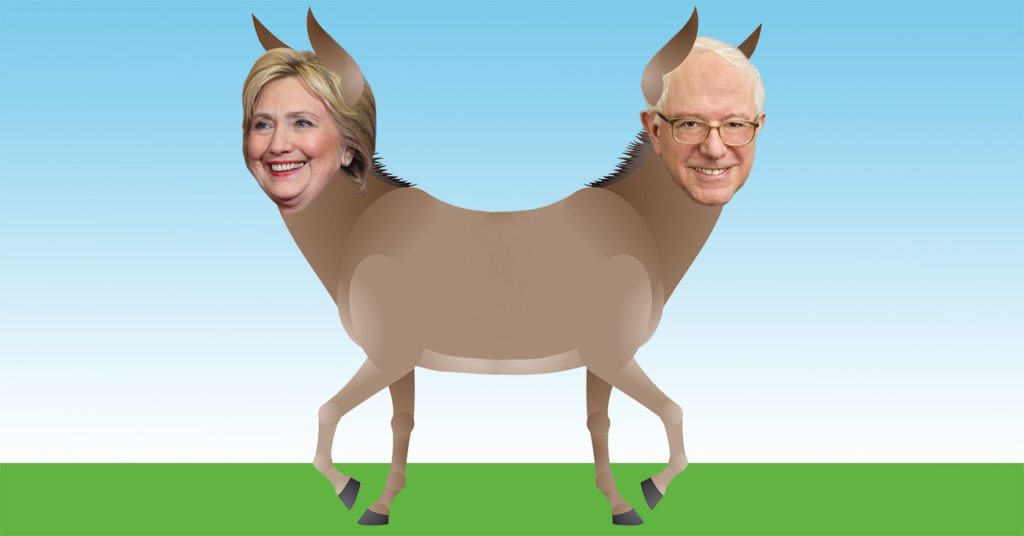 Our convention issue roiled Democrats and Berniecrats alike last week over U.S. Rep. John Yarmuth’s essay on the risk that supporters of U.S. Sen. Bernie Sanders take by not voting on Election Day, or if they back a third-party candidate. Read the full article at leoweekly.com. In the meantime, we thought you might enjoy a sampling of what people said:

Really, really wanted Bernie for president but, that is not to be, so… I’ll do what I did for her husband, vote for the Democratic party.
— Robert Vetter

Thank you, Representative Yarmuth for this succinct statement of the realities we all face. Politics is a long-term game.
— Tony L Sheppard

I am not sure who [the] audience for this piece is. Senator Sanders endorsed Hillary Clinton — effectively urging his supporters to vote for her. Considering that fact, it seems to me that the core argument of this article is moot. — Michael John Barbieri

[Yarmuth is] afraid those of us that won’t vote for Clinton won’t show up. I’ll be there, voting for [Green Party] Jill Stein and a Dem ticket, after that. Kentucky’s electoral votes are going to the Republican anyway. That’s a foregone conclusion.
— Daniel Lewis Sherrill

First, as a New Englander who has watched Bernie Sanders over his whole career, let me say he has been a lot more faithful to the Democratic party than a lot of Democrats have … As a life long Democrat, I will not be voting for Clinton if she is nominated, because I do not believe you can have so many corporate ties and work for the interest of the American people.
— Alan Barthel

So, in effect, you will be voting for Donald Trump.
— Sandra Braunstein

The Democrats chose to push a weak, much-disliked candidate, despite warnings from millions of people around the country that doing so would cost the party their vote. Now that they’re facing the reality of their decision making, they expect others to take the blame …
— Jeff Gillenwater

Is “It’s their own fault” really gonna be much solace when Trump’s stacking SCOTUS?
— Everett Lister

Or Secretary Clinton could do the right thing and instruct her delegates and superdelegates to make Sen. Sanders the Democratic nominee, understanding he has a far better chance of being elected than she does.
— Darren Madigan

… Bernie has bowed to the inevitable and has endorsed Clinton. She won, and we’re stuck with her.
— John Whitney Jr.

Kentucky hasn’t been a swing state for 20 years … The horrific reality is Trump will win this state by probably 60-plus percent. Don’t underestimate how many idiots live in this state. Look what we’ve got for a governor.
— Clayton Ray

… I’m a Bernie supporter, but now that the primaries have come and gone, we have to accept the reality that is political pragmatism. You could either cast a vote for a moderate Democrat who supports most of the same views (though, maybe to a different degree), or you could throw your vote away at a candidate who has positively no chance of winning … If the Greens made a concerted effort to win mayorships and state legislature seats, then they could begin to run successful congressional and presidential campaigns.
— Nolan Anderson