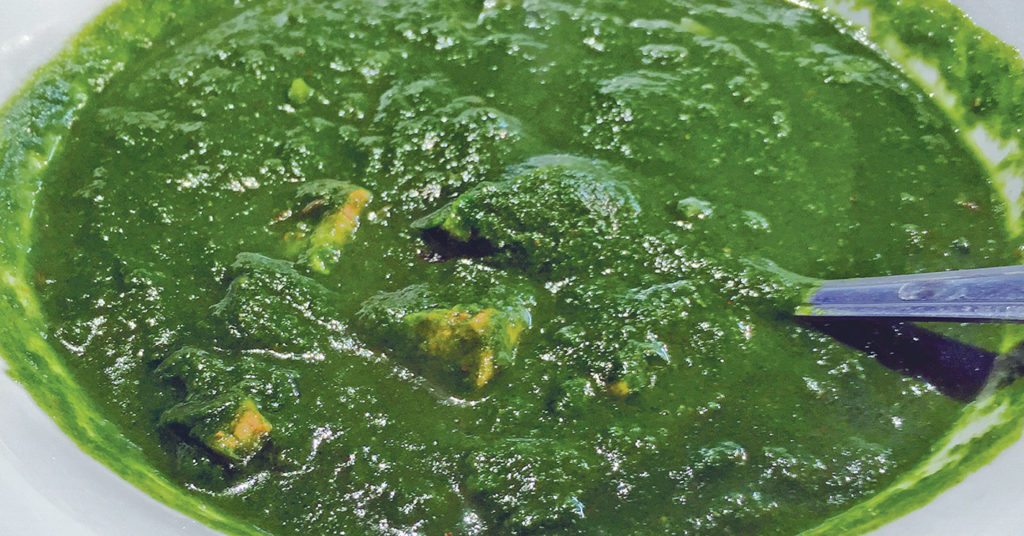 First there was karma. Then there was khorma. And now I have a new favorite Indian restaurant.

Here’s the karma: I recently accepted an invitation to enjoy an Iftar dinner, ending a day’s Ramadan fast, at the Westport Road mosque with a bunch of Muslim friends. I didn’t have my restaurant critic’s hat on, but as fate, or karma, would have it, I met a friendly Indian guy. While we were comparing notes on some delicious spicy potato somosa turnovers, he told me about his favorite new Indian place, Bawerchi Restaurant, Taste of India.

Bawerchi quietly moved into a Highlands storefront earlier this year. It is the former home of Aladdin’s Cafe. “It’s really good Indian food — the best,” he told me. “Most of the Indians go there now.”

This was important news. I’m always on the lookout for a new Indian place, with lots of extra credit for “it’s really good Indian food — the best.” (All the meats are zabiha halal, too, processed in strict observance of Islamic dietary rules.)

Which brings us to the khorma. What’s a khorma, you may ask? It’s a delicious Indian dish that consists of meat tidbits, or veggies, stewed in a seductively creamy sauce that’s usually made with yogurt. The fickle finger of fate pointed us toward Bawerchi’s goat khorma ($10.99), and it proved one of the most memorable Indian dishes I’ve enjoyed in Louisville, or elsewhere.

But I’m getting ahead of myself. First let me introduce you to Bawerchi, whose owner and chef, Mohammed Sajid, was busy getting ready for an Iftar dinner that would pack the place a little later with hungry Muslims breaking their Ramadan fast after Louisville’s late summer sunset. He wasn’t too busy to offer us friendly hospitality and very good food, though.

Bawerchi, pronounced Bah-wur-chee, is simply decorated. A row of wooden booths with undraped terrazzo-look tables line one wall. Large Chicago Cubs and Indiana Pacers posters adorn sky-blue walls under a sea-blue ceiling. A few brass elephant statuettes add an Indian flavor, but we were most impressed with the appetizing aromas that filled the small, spartan room.

The dozens of deliciously different dishes that Americans tend to sum up as curry are well represented in Bawerchi’s short-but-varied menu, which incorporates dishes from all over India. Three kabobs, 11 meat entrées, five veggie main dishes and three “fried rice” dishes are all tightly clustered in the $8.99 to $10.99 range, except the whole tandoori chicken, which is $19.99.

So, let’s talk about that goat khorma: It ranks, hands down, as the best Indian khorma we’ve ever had, and that’s not as bizarre a statement as you might think, because we love Indian food, and we have had quite a few khormas. The bite-size chunks of halal goat were mild, just gamy enough to signal that this is the real thing. Goat meat does tend to be fatty and bony, even more so than lamb shoulder, and one or two of the chunks didn’t have much lean meat. The other half-dozen bits, though, were honest meat. You still have to work to separate out the lean — that’s the way goat is — but it was as good as goat gets, flavorful and firm-textured, not buttery tender, but easy to chew.

Then there’s the sauce that makes it khorma. It was so good that we’d have happily made a meal of a bowl of it with rice. It was smooth and dairy-rich and frankly fatty — in a good way. There was nothing one-dimensional, or bland, here. The many spices and flavors typical of fine Indian fare sang in chorus, creating a complex harmony with individual flavors now and then taking a surprising solo riff in your mouth that made you want more. This is serious Indian cooking.

Our other entrée was just about as compelling. Palak Paneer ($8.99) is one of the best approaches I know of toward eating your veggies and really, really liking them. The thick, purée of fresh spinach and spice is bright green and silken, singing its own intriguing flavor melody, and it’s loaded with bite-size cubes of sweet-tangy paneer — Indian yogurt cheese — that Chef Sajid told us was made in-house.

Even the small touches impressed. Indian-style rice, extra long-grain, was fluffy and light, with subtle whiffs of saffron, spice and fresh herbs scattered throughout.

Garlic naan ($2) was a warm oval of tender wheat flatbread, studded with roasted garlic and flakes of chopped cilantro. Cilantro and cardamom added exotic scents, too, to a bowl of house-made yogurt that we summoned to help moderate the serious heat of the entrées. We weren’t consulted about spice heat, and didn’t think to ask. With the yogurt, we didn’t even mind. Fiery spice boosts your happy endorphins, and what, why worry?

Dinner for two, with a little leftover goat and rice to take home, came to a very affordable $23.28. Service seemed inexperienced — there’s a “Help Wanted” sign out front, and I won’t say I wasn’t put off by his thumb deeply immersed in our palak — but he was eager and courteous, so there would have been no justice in shorting his $5 tip.