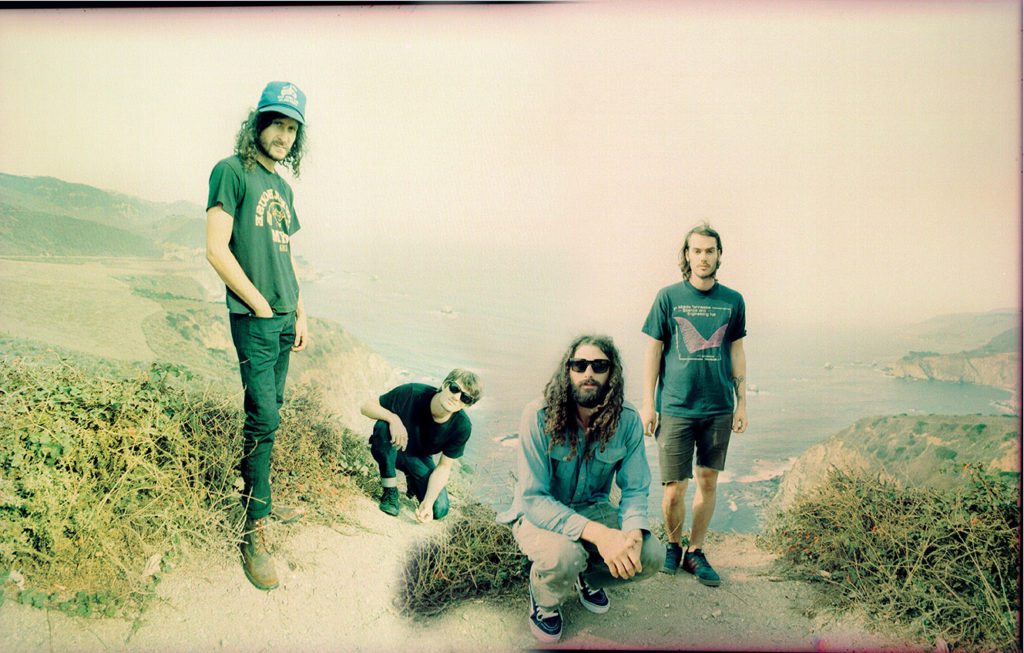 All Them Witches have been called a lot of things before. Psychedelic, dark blues, folk, hard rock and alt-rock are some of the labels that have been attached to the Nashville band. The list goes on, diving into sub-genres, and, while all of them are applicable, none quite pinpoint the unique sound that All Them Witches has. We talked to Charles Michael Parks (bassist, vocalist) about touring, recording and what it means to be on stage.

You played Louisville in January, and then went to Europe to play shortly after that. Did that have any effect on your live show?

Not really. We had been on tour since October [of 2015] for Dying Surfer [Meets His Maker] … so it was just awesome to be over there.

Since you tour that much, do you get any time to practice?

We haven’t practiced in a long time. We’ll get together every once in awhile, but we don’t really see each other when we get back home. We’ve been here for a few days, and I’m ready to get back on the road and play shows again.

Your albums and live shows have a lot of the same feel. Do you record live in the studio?

We play live as much as we can in the studio. It saves a lot of time and people pulling their hair out in there. We use the tools of the studio, when it makes sense, but it’s open. We don’t have any expectations recording. We do a take. If we like it, we move on. If not, then we’ll do it another one. There isn’t one way we do things. There are a lot of different processes we use to keep it loose.

Kind of like a concert, but with a reset button.

What changes about playing an outdoor festival compared to a club show?

For us — nothing. We throw our shit on stage, set up and play. The logistics are different, because you have to find where to park, who is taking your gear to the stage, finding who is going to pay you [and] where the stage is. It isn’t that different than finding promoters at a club show. It’s just on a much larger and more confusing scale.

If I had never heard of you guys before, and I walked up to your stage at Forecastle: What should I expect?

Honestly, you get what you give. We can feel a whole range of emotions being on stage, and we respond to what we’re feeling. I’ve been sitting in a van for six to eight hours, and I’m ready to get out and do the thing I love. I suppose you’ll get that times four with all of us on stage. It’s a time to come and lose yourself for a little bit of time.

All Them Witches play Forecastle Festival on July 16th at 8:15 p.m. on the WFPK Port Stage.