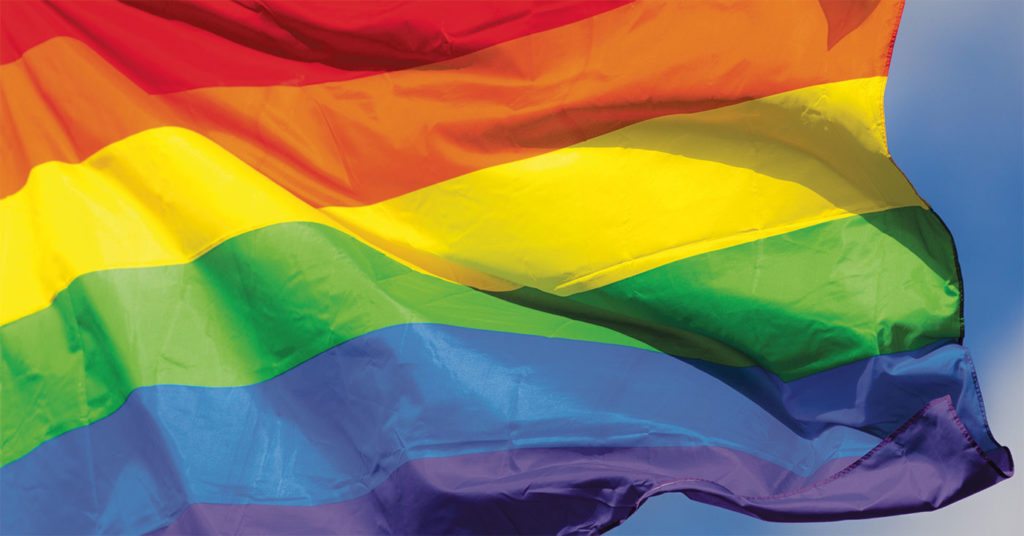 Our story last week on the politics of the Pride parade — who should march, and how non-LGBTQ people should act during it — drew an enormous number of comments, and it fostered much online debate. Below is a sampling of the comments. To read more comments, find the story on LEO’s Facebook page, and read the story at leoweekly.com/web

The article, and subsequent conversation, misses the mark entirely. The mayor didn’t invite the city to come down and line the street to cheer us on, and show solidarity. He invited the city to march in the parade, and that’s not his place. —Edward Neary

Whose place is it? Who is to judge who can, or should, support the community? —Kenneth Oeth

Again, this isn’t about supporting the community. This is about appropriation. Support would be cheering on the LGBT community along the parade route. Appropriation is the mayor inviting the city to march in the parade. Do you not see that distinction? —Edward Neary

Well I guess the mayor could have sat silently, said nothing and pretended nothing happened in Orlando. But he stepped up, and asked for support. If straight allies want to put together a float, and walk in the parade, I think it’s great! —Kenneth Oeth

My question is how do you know who is LGBT, and who isn’t? For example, I am not straight. I happened to have married a man. Does that mean I have given up my card? Am I no longer allowed to be part of the community? And because my husband is straight, then can he only watch from the sidelines? How about people who are not out, or those who are still learning themselves — are they not welcomed? When you begin to divide, and say who is allowed, and who isn’t, you create hostility and resentment. This isn’t about appropriation. Since there are LGBT people in all cultures and races, there is no one thing that can be appropriated. This is about including as many people who are on the side of love and acceptance as we can to change our world for the better. —Kat Keating

When a cis-straight invites the entire city to march in the parade, that’s appropriation. —Edward Neary

How is it any different than black and white people marching together in the Civil Rights movement ? I guess I don’t understand the desire to divide us even more. —Kat Keating

So are my heterosexual kids not welcome? What about my mom? All our allies are welcome. Pride is a community event for all of us and our allies. —Melissa Misuraca

Who can or should have a role? Wow, fuck that. You gotta earn the right to support the community if your straight? That’ll make people really want to give a shit about all this. Low IQ statement. —Jordan Winemiller

You realize your attitude is why we still need pride festivals, right? Its 20-freaking-16 already. This attitude towards gays is why Orlando happened. —John McMillin

My first thought ‘What a stupid headline to wake up to in the morning!!!!’ I’ve not read the article, nor will I waste my time doing so, after seeing such ridiculousness!!! Straight allies are a part of our community, and have every right to celebrate with us, and are always encouraged to do so. Shame, shame, shame on you LEO for allowing such words to be printed, much less even thought!!!!! So many have worked in our community to bring inclusion, and you print such filth!!!! —Steve Smith

I think it’s extremely important to understand the value of safe space. Whether they like to accept it, or not, straight people are the ones who hurt us so badly every day. Sometimes we need a space to be our unconditional selves, without fear of a straight person around to negate that. If I ask for a safe space, and straight people make it all about their feelings, then they’re not my ally at all, because they are not taking the time to try and empathize with our pain. There’s a disconnect between us, whether they like it or not, because our experiences are unique, and not always shared.
—Ashton Parker

A parade is not a safe place. It’s an open community event to share the love of all who attend.
—Juanita Jo Rivera-Smith

Within the community plenty of people hurt each other too. It’s not reserved for straights. Transphobic gay people, gay men who are disgusted by lesbians, those who hate bi people, racists, sexists … Straight people don’t hold a monopoly on hurtful behavior. Nor does having a place only with LGBTQ people in it mean no one will have hurt feelings. How would you screen out those LGBTQ people who would hurt one another? Who decides? The reality is there is no such thing as a safe space. —Rachel M Hurst

Decorum is certainly a worthy & timely conversation. To question the involvement or “extent of belonging” of our straight allies is rather ridiculous. —Strange Holy Man