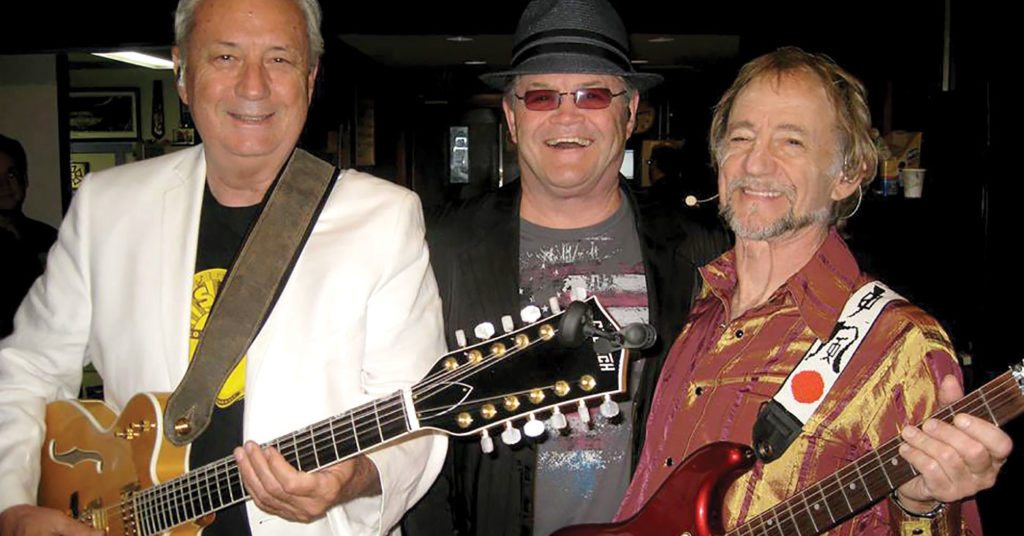 The Monkees are perhaps the most misunderstood band in all of rock ‘n’ roll history, and depending on who you ask, they might not actually be a band at all. Michael Nesmith, Micky Dolenz, Davy Jones and Peter Tork were first brought together in late 1965 via a television casting call for a forward–looking Marx Brothersstyle comedy series about a down-and-out musical group that wanted to be the next Beatles, but kept fumbling any and every opportunity that came their way.

Nonetheless, once the series hit the airwaves, these amiable actors had a very real string of enormously successful albums and singles in the mid-to-late ’60s that rivaled the output of all the big names. It didn’t hurt that they had a built-in promotion platform and were supplied, at least initially, with ready–made hits from America’s top songwriters.

Still, their versions of “I’m A Believer,” “Last Train To Clarksville,” “Daydream Believer,” “(I’m Not Your) Steppin’ Stone” and “Pleasant Valley Sunday,” are rightly viewed as classics. And in 1967, at the peak of their fame, the Monkees outsold the Beatles and the Rolling Stones combined.

That same year, they scored two Emmys and were afforded the opportunity to take the up-and-coming Jimi Hendrix Experience out on the road as their warm–up act. In fact, before their offbeat TV program went off the air for good in 1968, the Monkees would turn the world on to such heavies as Frank Zappa, Tim Buckley and Jack Nicholson, to name a few. Not bad for a bunch of comedy characters turned pop stars.

To mark the occasion of the Monkees’ 50th anniversary, we recently caught up with Peter Tork to discuss the band’s legacy, their new LP, and the tour that brings them to the Louisville Palace.

LEO: Your television debut, sellout tour, and first four chart–topping albums happened in only about a year’s time. Was it strange to go from an unknown folkie to a world-famous multi-media star in such a brief timespan?

Peter Tork: Compared to what? [Laughs.] Yeah, it was quite a jump from my Greenwich Village folk-circuit schedule. But it wasn’t like I wasn’t working, before I got involved with this thing called the Monkees through my friend Steve Stills. You’ve heard the story: Steve auditioned for the part, but his hair and teeth weren’t right, so he recommended me. Steve had to settle for Crosby, Stills, Nash & Young, and he’s never forgiven me for that.

LEO: The second season of the series seemed looser, and some important folks got their first national exposure thanks to your efforts. What was behind the shift in creative direction?

PT: The producers would make cuts so that the show flowed to their liking, and we were sometimes a minute short, so we started doing impromptu bits, which evolved into us scheduling time for segments with people we knew and respected. I had hoped to bring Janis Joplin on, but it never worked out.

LEO: The Grateful Dead did not seem amused when you interrupted their set at the Monterrey Pop Festival. What was that all about?

PT: I was asked by the promoters to go out in between numbers and announce that the Beatles were not there, and for people to stop climbing the walls in an attempt to get in to see them. And Phil Lesh started giving me a ration saying, ‘Let ’em all in’ — or whatever, as if he would play without getting paid.

LEO: The film ‘Head’ has become something of a cult classic. What is your take on the Monkees’ foray into celluloid?

PT: It’s not an abstract movie. It’s surreal, but it’s not abstract. It took me a while to recognize the difference. Certain scenes never fail to break me up with laughter to this day. But I wish we had been able to better capture on film what the writers had originally envisioned. The one thing we did not want was a 90-minute episode of the show. And I think we accomplished that.

LEO: Can you tell us a little bit about the experience of putting the new record together?

PT: It was a lot of fun. All four of us got to contribute, although Davy’s contributions were inserted posthumously, as they say.

LEO: Now that you’re on the road celebrating 50 years of Monkee-mania, do you share Micky’s perspective that the Monkees aren’t really a band, but merely TV characters who weren’t content to remain fictional?

PT: I do not share Micky’s perspective on that point. For a long time, he was saying it was as if Leonard Nimoy became a real Vulcan, which is absurd.