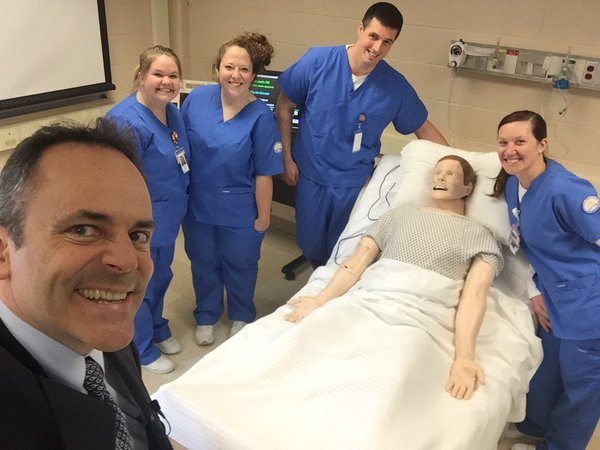 Matt Bevin’s governance is bad. We, as a paper, feel this way, as do two out of three Kentuckians. Only the guy who poisoned a city of 100,000 and two others are less liked by their constituents than Bevin. But folks, Matt Bevin’s Twitter presence … well, his Twitter is very good.

Hi, I’m @kbloggins, and I’m passionate about Twitter when it goes full weird. Though Bevin has proven himself an enemy of just about everyone in his first six months in office, at least Kentucky can lay claim to hosting the “Eraserhead” of state official Twitter accounts. Whether that’s worth the attempted dismantling one of the nation’s most successful implementations of an ACA exchange is up to you.

The rest of the nation got hip to Bevin as a social media auteur when Gawker published a blurb about one of his more recent brain-burning aphorisms on life. But don’t get it twisted, @MattBevin has upheld a degree of preeminent psychedelia inside 140 characters that even Weird Twitter proper has to admire, since he took office in December. Like the time he posted a video of himself in an empty House chamber, proclaiming government inefficiency, even though House members work in the adjacent annex on Monday mornings. And this:

Took all of the kids to The @treasured_child in LaGrange, KY…a great shop with toys for both young & old to enjoy! pic.twitter.com/nGchLpDI7k

Bevin’s a wavy dude. Like pyramids-as-grain-silos wavy. And then there are the selfies.

And they happen to be awesome. Seriously, just scroll through. Like mulling over the Taco Bell dollar menu, you can’t go wrong with whatever you choose but you’ll still regret it every time.

Sadly, but perhaps not unfittingly for a conservative elected official, he does not quite understand how to work his angles properly, so most of the time the governor resembles some unholy amalgam of classic cartoon villain Dick Dastardly and Waluigi. And for someone shutting down women’s health clinics, slashing education funding with a machete and engaging in some down home general abuse of power, this too is perhaps not unfitting.

So thus spake our most memeable governor. Scour Bevin’s favorite social networking service, and you’ll find a variety of prodigious Photoshop work, like some of the memes below that I and the winner of LEO Weekly Readers Choice for Best Twitter @lydiaburrell put together a few weeks ago (I went cinematic. He went topical).  Of course, just like democracy itself, participation is encouraged, so download the .png file at the end of the article and join the fun — tag me or LEO too if you’re feelin’ saucy.

Matt Bevin, he’s a man of our time — an unbridled shithead IRL who cultivated an online presence so bizarre that it reached some sort of artistic excellence, a veritable Tommy Wiseau with veto powers. Given that another politician deeply interested in ad hominem attacks and frivolous executive orders with an entertaining Twitter account is running for an even higher office, well, let’s hope Kentucky serves as an ominous bellwether for the rest of the country.