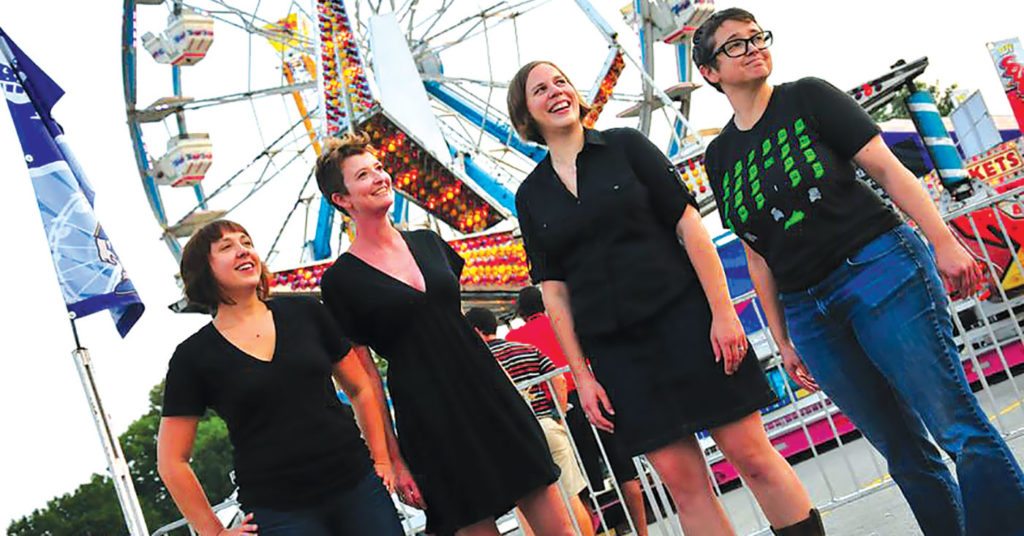 Catching up with Stephanie Gary was no small feat. Gary, who is the vocalist/guitarist for Julie of the Wolves and a stay-at-home mother to a toddler, confessed to a cracked phone and the likelihood of repeated distractions. Finding a little quiet time to work, whether that’s to promote the band, or anything else, can be difficult as a parent, but Gary handled it with the kind of patience and grace that comes with experience.

Formed in 2012, Julie of the Wolves — Gary, Becca Lindsay on drums, Carrie Neumayer on guitar and Salena Filichia on bass — released their first album, Create/Destroy, early on, but a barrage of responsibilities, ranging from parenthood to event organizing, has slowed that process.

For Gary, who shares the majority of the vocal duties with Neumayer, finding that time to make music is critical:  “I really need that space — that silence from other people — and that’s really hard to come by staying at home with a toddler,” she said. “I try to incorporate him into it. I’ve learned a lot of kid’s songs. If you had told me a few years ago that I would be playing kid’s songs on an acoustic, I wouldn’t have believed it.”

Friday’s show is a benefit for Girls Rock Louisville, a related project to the Louisville Outskirts Festival that Gary helped start. While she can only commit a portion of her time to organizing the festival, Gary says, “I support it 1,000 percent. I still want to volunteer the time. I tell Carrie I feel like Outskirts is the baby I gave up for adoption.”

You can catch them Friday, June 3, at The Cure Lounge with Lung and Twin Limb.