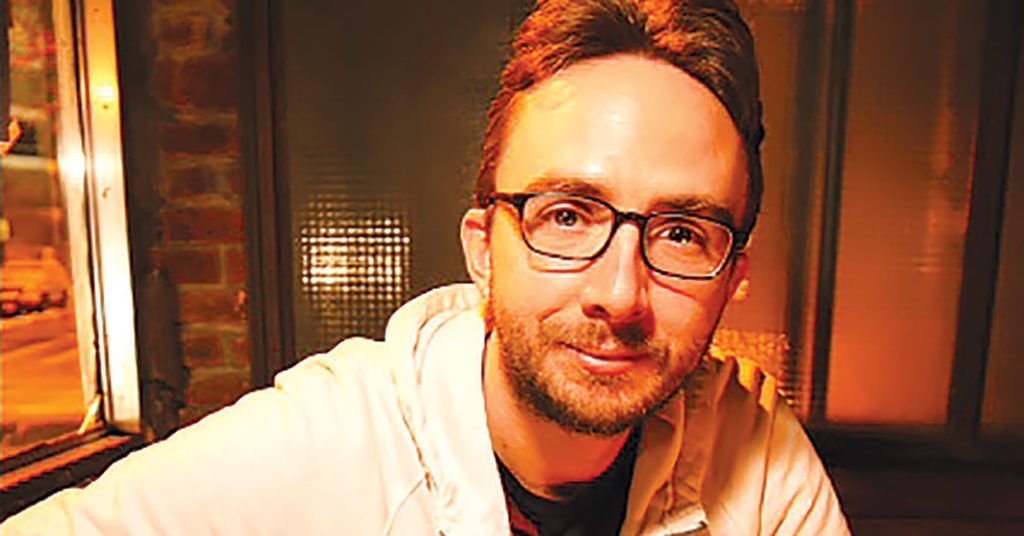 Joe List is a comedian who hails from Whitman, Massachusetts, a small town just south of Boston, where he grew up with dreams of being a comedian like the greats he saw on television. After high school, he relocated to Boston, where he began to pursue those dreams, which seem to be coming true: He has appeared on “Live at Gotham,” “Red Eye,” “The Artie Lange Show” and “Gotham Comedy Live,” and he was a semi-finalist on “Last Comic Standing.” He also released the critically-acclaimed album So Far No Good, in 2014, he will release the follow-up, Are You Mad at Me?, next month, and he is hard at work on material for the “follow-up to the follow-up,” as he puts it. List headlines all week at Laughing Derby.

LEO: When did you actually become aware of stand-up as an art form?

Joe List: I was pretty young. I was a little kid in the late ‘80s and early ‘90s, when stand-up was on VH-1, A&E, MTV. It was on everything when I was a kid. And then my uncle had HBO, so I got to see a lot of the George Carlin specials and stuff.

LEO: So was Carlin a big influence on your sense of humor?

JL: I think so. I loved George Carlin, and Bill Cosby, before I knew he was a criminal overlord. Even Gallagher I loved, as a kid. And then I discovered Seinfeld, and he was by far my biggest influence when I was a kid.

LEO: Did starting out in Boston direct your sense of humor?

JL: Yeah, definitely, there were so many great comics that were from up there, and are there still now. It’s such a unique style of comedy that’s exclusive to that city. It’s a lot of sarcasm, a lot of punchlines and just raw funny. It’s good to have the reputation of being a Boston comic, because they tend to be strong comics who are good writers with tight punchlines.

LEO: Boston seems to have a more sarcastic tone, while New York has a very cynical tone when it comes to comedy. Did your material have to adjust when you moved New York?

JL: Sure, New York is a little more cynical, but between those two cities — they have launched more comedians than anywhere else. There are similarities though. I think throughout the whole Northeast, there is definitely a similar sensibility.

LEO: Where did the idea for your podcast, “Tuesdays with Stories,” come from?

JL: I read a book that talked about Red Auerbach, the basketball coach, and how every Monday he would get a bunch of coaches together in a Chinese restaurant, and they would tell stories. So I thought that would be a good idea for comedians, because a lot of them are traveling home on Mondays, and a lot are leaving Wednesday for the weekend’s gig, Tuesday seemed perfect: We’d get together, and tell stories from the previous weekend of shows. It ended up being too tough organizing a luncheon every week, so I thought what if I picked someone new every week and recorded it, we would have a pretty cool podcast.

LEO: Any stories stand out as your favorite?

JL: One time I was opening for Louis CK in the Hamptons, and I got norovirus, and had to miss the show, so Jerry Seinfeld had to stand-in for me, because he just happened to be at the show. Oh, and one of the guys had sex with a homeless woman. That was one of the more memorable stories. •