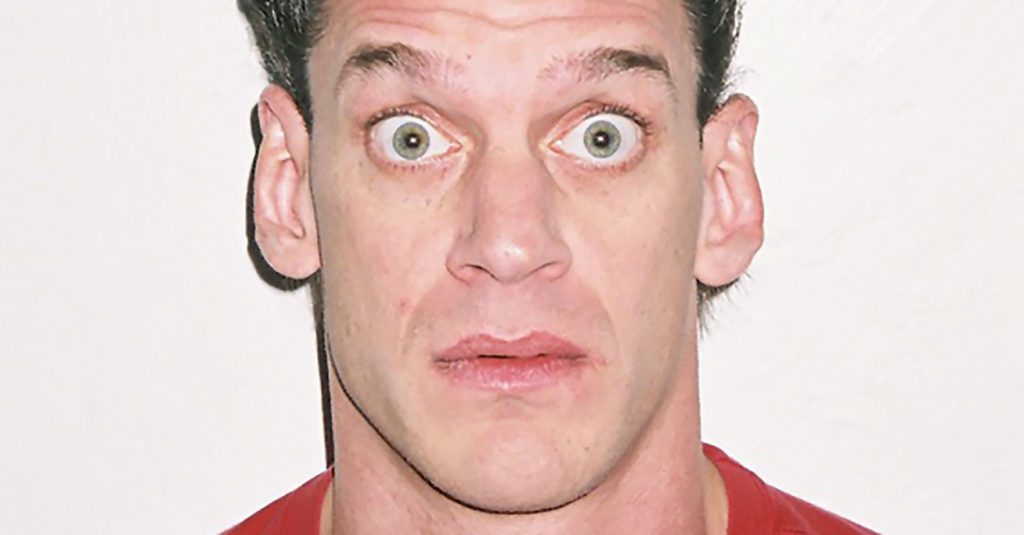 Dale Jones is one of the most absurdly-unique comedians you will ever see. And I mean: ever. High energy seems like an embarrassing understatement when you see him take off at his manic extreme. His rubber face contorts to instantaneously punctuate his rapid-fire delivery, with an unhinged level of insanity. You may recognize him from appearances on television including: “The Very Funny Show” on TBS, season six of NBC’s “Last Comic Standing” and Fox’s “30 Seconds to Fame.” He is a former staple of the Louisville comedy scene, having lived here for years with fellow comedian and now wife, Jodie White. Recently, they relocated to Redondo Beach, California, in order to further their careers in showbiz. He will be headlining Laughing Derby this weekend.

LEO: What do you miss most about living in Louisville?

LEO: Was there an adjustment to moving to California?

DJ: No, because I traveled so much, and I had been out there before. I knew everybody. I had a lot of buddies that lived out there, so when I started going to the comedy clubs, I immediately was running into all of the guys I had known from being out on the road. The one thing I did have to adjust to was being at a club, and Arsenio Hall walks in. Or Gene Simmons sitting in front of me at The Comedy Store.

LEO: Your style is so unique. I can’t begin to imagine what inspired your brand of comedy.

DJ: It started with cartoons. A lot of ‘Looney Tunes,’ and then as a kid, I watched a lot of Abbott and Costello movies. Then I moved on to Steve Martin, Bobcat Goldthwait and pretty much anyone who was goofy. Bill Murray had a big effect on me.

LEO: Do you see yourself slowing down the pace of your show as you get older? Putting on such a physical performance night after night has to take its toll.

DJ: Oh, it has slowed down a lot. Apparently, I was so damned hyper people don’t think it has slowed down, but I’m telling you it has. You go look at stuff I was doing when I was 20, and, now that I’m 46, it has slowed down immensely. I dislocated my knee on stage back in April, so I’m in crutches sitting down giving the ‘Dave Grohl Show,’ and people are like: ‘It’s the same show! You’re so hyper you don’t even need legs!’

LEO: What’s the best and worst part about being married to a comedian?

DJ: The best thing is that she understands: You got a gig, you’ve got to go. And vice versa. The worst part is that we don’t see each other very much. We can go six weeks without seeing one another. The other thing is, she challenges the hell out of me. She’ ll sit in the back of the room while I’m on-stage, and scribble down notes. I’ll be like: ‘Oh, do you have jokes for me?’ And she’s like: ‘No, this is a list of what wasn’t funny.’ And then I’ll read it, and she’ll say, ‘There’s more on the other side.’