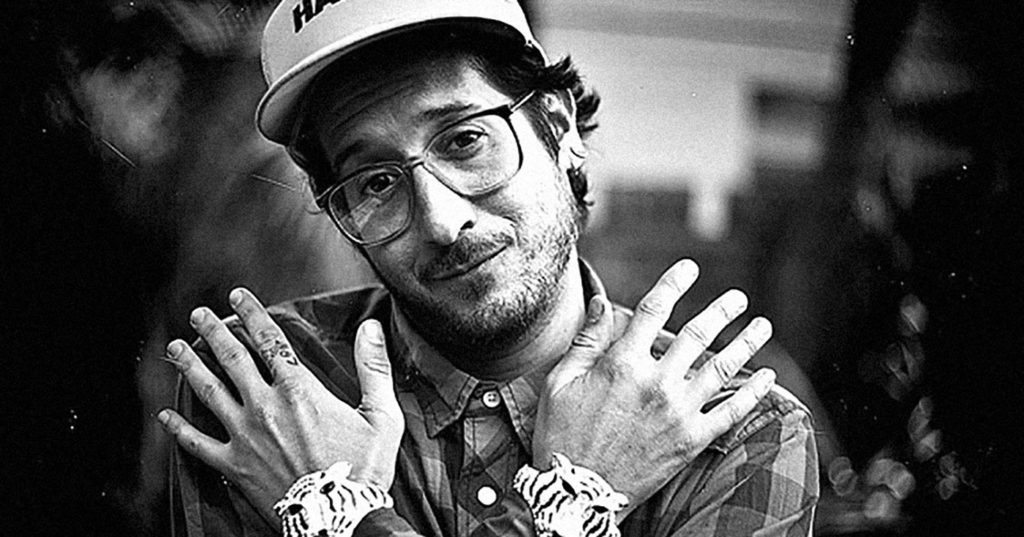 Before he swings into town to play Haymarket Whiskey Bar, we caught up with Jacques Bruna (also known as Bleubird) to talk about how moving back to his hometown helped his latest record, the most important thing he’s learned as a performer and why he sends every record that he makes to Mike Patton’s house.

On how punk roots still affect his music.
“In my life, I was always listening to hip-hop, as young as I can remember, but I never really tried to model it. I was a little skater kid, living in the punk-rock lifestyle. So, my approach to music — the live show, the DIY touring aspect — has always been on the punk-rock side. So, I grew up with an interesting mix.”

On how toning down idealism in his lyrics helped him move forward.
“This last record that I just put out — the Lauderdale record — is completely different from anything else that I’ve ever made. Sloppy Doctor was my first solo record, in 2003, and I was super idealistic and thought I was going to go out and change the world. Looking back on my younger self, I’m definitely shaking my finger, preaching a little bit more, you know, as a lot of our younger selves do. It took me a while to grasp that not everyone wants to be preached at and yelled at. You’re not going to change the world, but you can do what you can to make it a better, and more enjoyable, place. So I stopped trying to tell everyone what to do and started making music on more of a feeling.”

On how running away from Florida and then coming back to it impacted the new record.
“I did everything I could — physically and mentally and musically — to get away from where I was from. I was born and raised in South Florida, but I left for many years. I went to Montreal, I lived in Berlin. I kept trying to get away, but not until I found myself kind of stuck here — destitute and broke — and I finally embraced it, and started making music more, let’s say, Florida-centric, that I realized that shit was closer to my heart than anything else that I had been trying to make before.”

On an awkward backstage encounter with Faith No More’s Mike Patton.
“There was a point where I was shopping a record, and I had a really good friend who was putting out records with him. So, when Peeping Tom came through Montreal, I was living there at the time, and was friendly with a couple of dudes who were friendly with Mike Patton. So, I went to the show. And, beforehand, they emailed him and said that this guy Bleubird was coming with a record. So, stepping out of the house, all I had was a 12-inch. And I’m like, ‘He’s not going to want to carry vinyl. What am I going to do?’ I didn’t know how I was going to get backstage or meet the guy, I just knew there was an email saying I was going to bring him a record. So, I didn’t fucking bring it, and, of course, I walk backstage with all of his friends and he comes over and is introducing himself. When he gets to me, I go, ‘What’s up, I’m Bleubird.’ He looks at me and goes, ‘Where’s my fucking record?’ My heart dropped. He dropped my hand and moved on — just walked away from me. [Laughs.] That was one of my major life fuck-ups, but he did eventually come back and we talked it out, and he gave me his address. The funny story is: Since that day, which was in 2005 or 2006 — I don’t have his email address or phone number, I just have his home address — every single record that I’ve made, I’ve sent to his house. I’ve never heard from him, he’s never told me to stop, but he’s never contacted me to tell me he liked them — nothing. So, he could either be my biggest fan, or next time I come across him, he’s going to be like, ‘Stop sending me your goddamn records!’”

On the most important thing that he’s learned as a performer.
“Pay attention to the crowd. And never let the amount of people sway how hard that you’re going to perform. I know that sounds like something that everybody says, but there’s just nothing fucking worse than seeing somebody get up there and just calling in a performance because they don’t like the crowd. Or they complain about the 15 people that are in the room. Never complain about the lack of people.”