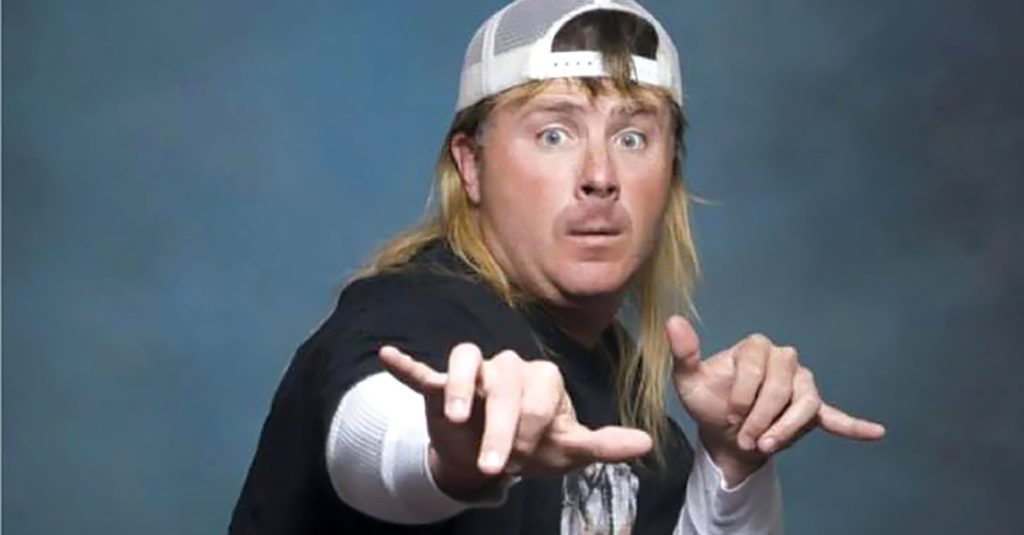 Ron Sexton is the man and comedy mind that is Donnie Baker, a character-based stand-up performance that keeps audiences laughing from coast to coast. While Sexton is thoughtful and plain-spoken in conversation, his alter ego is somewhat of a slow-witted philosopher with a fiery temper. Sexton developed Donnie Baker while living in Indianapolis in the early 2000s, and while working on “The Bob & Tom Show.” The character was so beloved by the show’s listeners that the demand to see him in person became unavoidably fervent. So Sexton brought him to life. This weekend you can see for yourself what kind of crazy Sexton has up Baker’s sleeve, when he headlines The Laughing Derby.

LEO: The comedy community unexpectedly lost Tim Wilson a couple years ago. Having been a close friend of yours, what kind of impact did Wilson make on your career?

Ron Sexton: Well, Tim was my comedy hero when I was starting out, and he was very good to me from the beginning. But when I started taking the character of Donnie on the road, and Tim gave me his stamp of approval. That is all I needed for validation that comedy is where I belonged. Tim wasn’t a big fan of Larry the Cable Guy, but he loved Donnie Baker, and that meant the world to me. I miss him a lot.

LEO: What made you give up conventional stand-up and adopt the Donnie Baker character full-time?

RS: I didn’t start the conventional way. Most comedians start as the opening act, and then they become middle acts. They struggle in the middle for a long time before they eventually get to headline. I had worked my way up from open-mics to being basically a young middle guy. I couldn’t go on the road much because I had kids, so I stuck close to home, and worked on the radio. But I went from agreeing to do one New Year’s Eve show as Donnie to headlining every gig I booked from then on. At first, people were so convinced he was real, I was afraid of taking him on stage, thinking he might lose some of his charm. It’s funny what the relationship between road and radio was for Donnie, where being on the road made the character better for radio, and writing for “The Bob & Tom Show” every day made the character possible for the road.

LEO: When Donnie became the singer in a band, was that you living out a deep-seated desire to be a rock star?

RS: I don’t know. It just seemed like something Donnie would do. He’d be watching MTV, and all of the sudden just be like: [He slips into Donnie’s voice] ‘Hell, I can be Billy Idol! Just spike my hair, and sing real loud.’ It’s funny because I can’t sing at all, but when I’m doing Donnie, I can actually hold a note and stay in tune. It’s very strange. Also, I did that at the time because I was having to do hour-long headliner sets with about 25 minutes of material, so giving Donnie a band filled some time at the end of the set.

LEO: Are you ever on stage as Donnie, and you just realize the crowd isn’t into what you’re doing?

RS: I’ve got some good indicators, in the way of jokes, early in the set that let me know which direction I want to go with the show, or how far I can push this audience. That’s something Tim Wilson taught me. Every comedy crowd is different. It’s like being around dogs, and saying: I’ll pet that one because its tail is wagging. Well yeah, most dogs that wag their tails are happy, but he still might bite you.