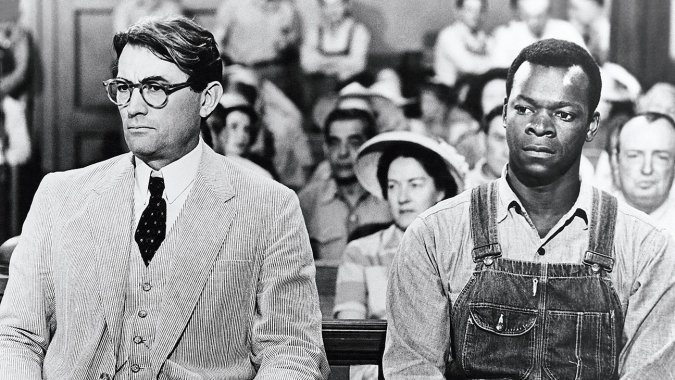 ‘To Kill A Mockingbird’ Screening
Iroquois Amphitheater
Free; 7:30 p.m.
Looking for something to do with your Monday, besides eat leftovers on your couch? Why not check out the American classic, “To Kill a Mockingbird.” Its message about racism is still poignant in our modern time, and it’s showing in the magnificent outdoor amphitheater at Iroquois park.

Defining Five
Haymarket Whiskey Bar
Free; 7 p.m.
Every month, Haymarket Whiskey Bar hosts Defining Five, an event where five locals choose five songs that defined them and explain why, capped off with a hour-long DJ session dedicated to a specific year. To get a feel for this unique event, check out LEO’s previous coverage of this unique event here.

Winter’s Tale
C. Douglas Ramey Amphitheatre
Free; 8 p.m.
The Kentucky Shakespeare company is known for its ability to reinterpret The Bard’s plays for a modern audience, without diluting the playwright’s original intent. And its latest project is “The Winter’s Tale,” which you can see for free at the amphitheater in Central Park.

Wave 3 Concert Series with Southern Sirens
KFC Yum! Center
Free; 11:30 a.m.
If you happen to be downtown this Thursday, check out this free concert at the YUM! Center with the (country band) Southern Sirens.

Vessel
Bicentennial Park
Free; 6:30 p.m.
It’s Friday, which means you should get out of the office and into the sunlight as fast as possible! Thankfully, there is a free outdoor concert right across the river at Bicentennial Park in New Albany, with the psychedelic funk/grass roots band, Vessel.

Flashback Friday & 80s Retrospective
Sky Bar at Saints
$5; 8 p.m.
In the internet age, the outlandish and outrageous are rewarded. And the same thing could be said for the ’80s. So come enjoy the music of our sister generation with an ’80s retrospective at the SkyBar of Saints Pizza and Pub.