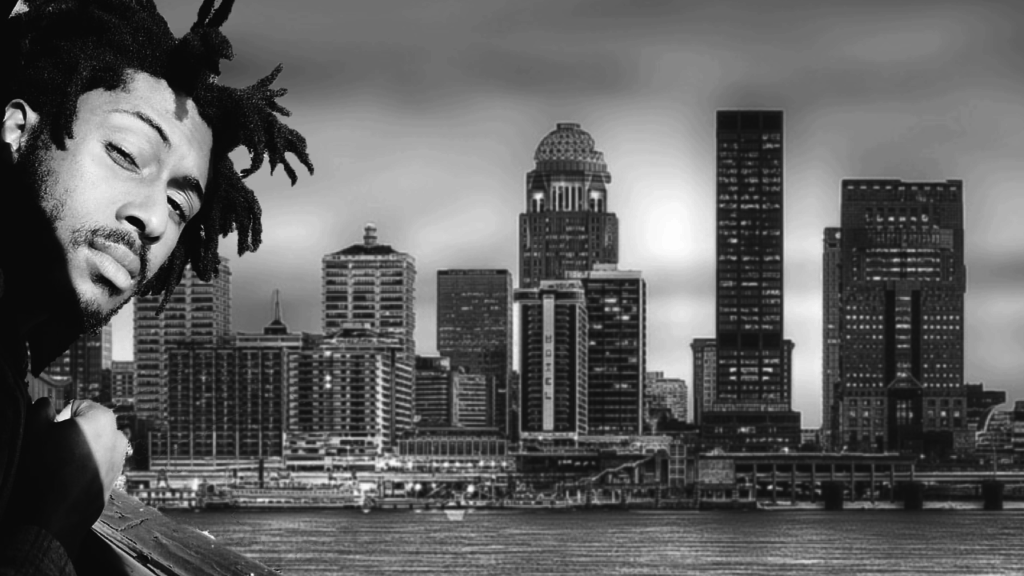 Last weekend, poets from 32 cities descended on Greensboro, North Carolina. They brought their best rhymes, and their tightest verses. For four days straight, at all hours of the day and night, Greensboro overflowed with slam poetry at the 24th-annual Southern Fried Poetry Slam.

“Cool,” you might be thinking, “But what does this have to do with me?”

Well next June, it’s happening here. Poets from dozens of cities will converge at a variety of venues in downtown Louisville for the 25th-annual Southern Fried.

I’m already stoked about it, and you should be too.

For this year’s Southern Fried, a contingent from Louisville, led by poet Lance Newman went down to compete. The group included Jay Martinez, Trip Fontane, Anthony Dome Trotter, Aaron Payne, and Ashanti Waybriel. Newman and his team, competing under the name “Loohavul Lip,” were joined by reps from the Kentucky Center for the Performing Arts: Rachel Cummings, the KCA’s senior manager of event services; and Dan Forte, the vice president of programming and events. They journeyed down to get a feel for Southern Fried, as KCA is expected to be the main venue for the event when it comes to town.

“We decided it might be a good idea for a couple of us to go down, and see what it is, and how it looks, so we can make it successful,” said Cummings.

Cummings went  to Greensboro with a novel point of view: She had never seen a poetry slam before. “I’m more a Broadway, ballet person — this is something totally brand new for me,” said Cummings in a phone interview. “It was awesome. I was so impressed by the creativity. It’s not just people standing up and reading a poem. It’s performance art. Once they start talking, you can’t stop listening.”

That excitement is no surprise to anyone who’s seen a slam. It’s an art form apt to get people pumped up and amped. Poets perform poems no longer than three minutes 20 seconds. In official slams, poems must be performed from memory. After each performance, the poet is assigned points.

Down in Greensboro, Cummings got another peek into how slams work. Judges are drawn from the audience, often at random. “Dan and I got roped in to judging the first night, and this is my first time ever hearing slam poetry, and I’m trying to judge them, and give them scores — that was kind a fun and interesting.”

In Louisville, hardly a week goes by anymore without at least a single poetry event. Open mics, slams and workshops. Groups including the Young Poets of Louisville and Roots and Wings are active, and popular repeat events like the Soulspit and Lipstick Wars, bring poets in from other cities. The popular KMAC (Kentucky Museum of Art and Craft) Series has drown regular crowds, sometimes in the hundreds.

Newman put in a bid in 2014, was turned down by the slam masters, and then tried again in 2015. “It was just verbal presentation where I explained the growth that Louisville was going through in the arts scene, the business sector, the hospitality sector,” said Newman. Kentucky hasn’t ever hosted Southern Fried, despite being represented for almost a decade. Newman felt a Kentucky Southern Fried was over due: “It’s a long time coming, and everybody is excited.”

But what will Southern Fried look like when it gets here?

There is a lot going on. First and foremost, there is the Slam Championship. Each city sends a team, which competes in four preliminary bouts. The scores from those bouts are taken in aggregate to decide which of the teams will compete in the finals. Preliminary bouts run Wednesday through Friday, with four slams going on simultaneously at four locations. There is a round from 5-8, and another from 8-11. But that’s just a sliver of the action. There are a variety of other special-themed slams, and with such a density of poets, groups called cyphers break out all over. “A cypher is just a group of people sharing poetry, people just step into the circle with their piece,” said Newman.

The action is nonstop. Take Newman’s first night in Greensboro this year: “Man, the first night, we go through the bout, it’s twelve o clock at night, they have the LGBT slam, so we check that out, the LGBT slam stopped, one thirty, two o’clock in the morning.” That wasn’t even the end of Newman’s first night. “So directly in front of the entrance of the hotel you have a cypher going on, it’s two thirty in the morning, in the parking garage there’s another cypher. I ended up staying at the one in the garage till five thirty.”

Other activities include multiple special slams, like the LGBT slam, a nerd-centric slam and a haiku death match. There are also workshops. Newman says the group is like a family, gathering to hang out with far-flung relatives. Not all the activities are poetry related. Like many family meet-ups, there will be pick-up games of basketball, and hands of cards played.

What Newman didn’t mention in our interview, is that one of the special slams is for Slam Masters, and this year Newman won. He out-slammed the other masters.

Of course it will be awesome for Louisville to have another convention here, and our audiences are in for a thrill. But for Newman, bringing Southern Fried to Louisville is about making our local scene stronger.

“It’s like bringing the big fish to the bowl, and having the big fish tell stories about being in the ocean. It’s gonna raise the bar for artistry in Louisville in the poetry community, and foster so many new poets,” said Newman.

Poetry also has power, according to Newman. Last week, while he and the other slammers were competing under the name, “The Loohavull Lip,” the object of their homage was being buried in his hometown, while the eyes of the world turned to Louisville. Some of those eyes couldn’t help but notice that Louisville is still a very segregated city. Poetry can help with that, said Newman. “Poetry will heal the segregated scars within our city by exposing the commonality in our various shared differences.”

Big dreams from the River City, but isn’t dreaming big the whole point of poetry?

You have to wait a year for Southern Fried to touch down in the Derby City, but you can go ahead and block out June 7-11 in your calendar. In the meantime, you can see plenty of slams, starting with a poetry brunch at Flux 1619, next Thursday 11-1pm.