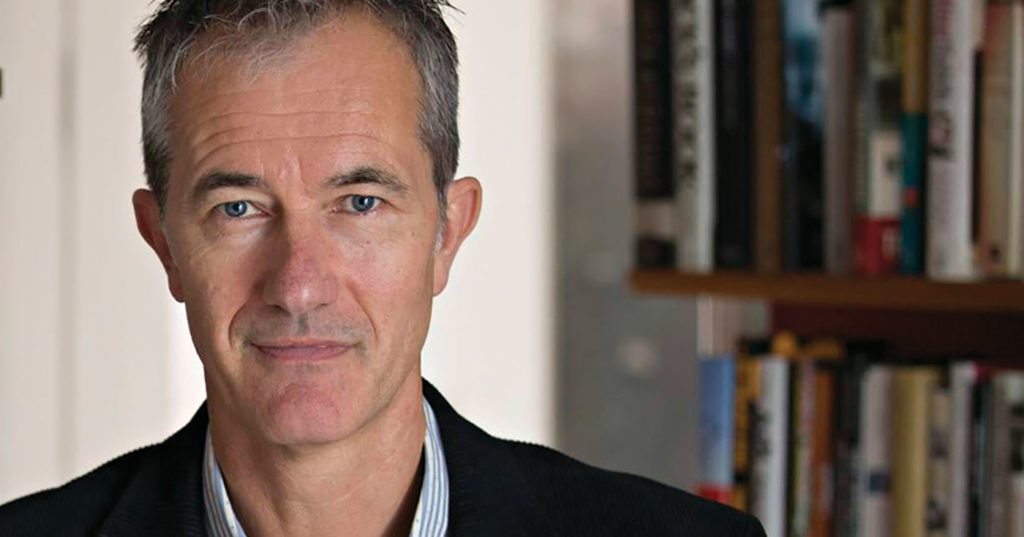 “What starts out as one thing can become something else even if nothing in it changes.” Sounds like one perspective on the Heisenberg Uncertainty Principle, right? All the world beyond that thing may have changed, completely recasting how it can be viewed. Or the observer has changed. This is a frequent motif in Geoff Dyer’s new book of essays and creative nonfiction pieces.

The subtitle here is “Experiences from the Outside World” — but as Dyer might share in his upcoming talk at Louisville Free Public Library, “outside” is just a framing concept. Sense of place is addressed here, not just with variations of “returning home and coming to terms with it for the first time.” Or “the journey has, in itself, become the destination.” You’ll probably feel both of those wafting through the book from time to time — but Dyer has, as he has demonstrated repeatedly throughout a brilliant career, much more in mind.

Though the much-more can be less. Among the roller-coaster twists and inversions of language and logic here, the author might hitch himself to a jazz metaphor and try to ride it through a dynamic tour of high and low culture, connected by bridges alternately brash and subtle. Or he’ll swoop into self-deprecating humor (Sorting out his stroke symptoms from the simple complaints of aging: “I used to pride myself on my sense of direction, but that had long gone south, or maybe north or east.”) that perhaps best shows he’s still a child of the British working-class who determinedly shot through to the upper echelons of cultural observers.

So, in at least one important sense, he hasn’t changed. But he’s writing about everything changing. Can you keep up? In this collection, there are only rare moments where it doesn’t seem worth the trouble — particularly the fat jokes about Tahitians.

The most successful piece here, “Pilgrimage,” is gloriously exhausting in the realizations that string together or fall apart to form bright constellations — all of them kicked up along with the dust, as Dyer fires off in odd directions. His starting point is a tour of the Los Angeles addresses and possible haunts of the European philosophers, authors and composers who spent the 1930s and 1940s evading Nazis and loving/loathing the refuge that they selected, not coincidentally, in the vicinity of the Hollywood Dream Machine. Focusing on the difficult master of dialectics Adorno, Dyer connects him, Brecht and Thomas Mann to Muscle Beach, and to tattoos and to Susan Sontag’s playful-but-thoughtful dancing at the edge of fiction and nonfiction … which made, at its best, “magic delivered from the lie of being truth.”

That aphorism is from Adorno. Dyer applies it to Sontag — but it is definitely applicable to Dyer. Over the years he’s traipsed over strings of words and sentences that have been called novels, short story collections, and “studies” and “appreciations.” But let’s just call it all magic.