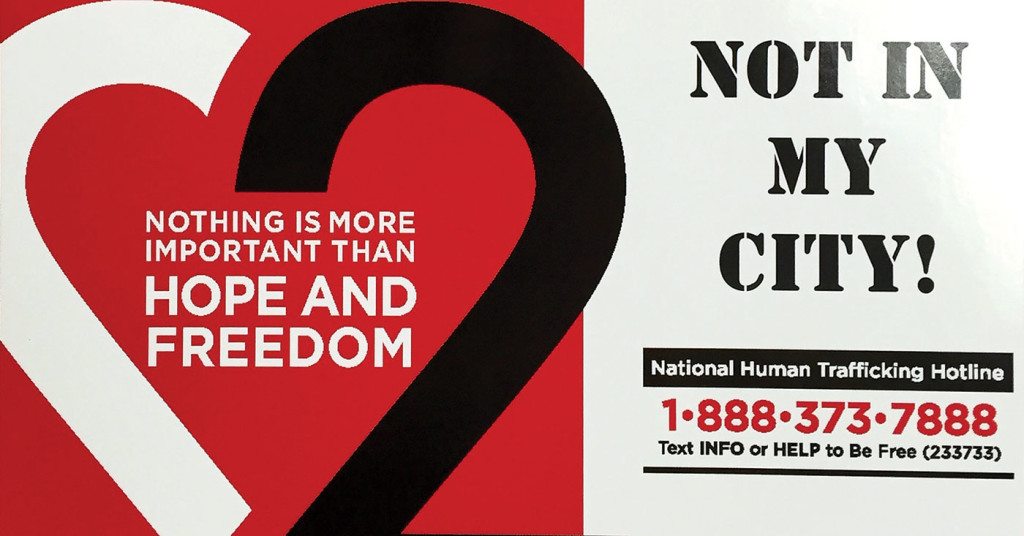 Strip club operator Brian Franson said he welcomes Kentucky Derby-goers, but there is one group he doesn’t want coming through his doors — sex traffickers.

“People assume we must be involved, but we’re not,” said Franson, area director of PT’s Showclub on Market Street. “In fact, we’re on the lookout for human trafficking.”

Franson is working with Club Owners Against Sex Trafficking, a nationwide group of strip club owners that trains club operators and employees to recognize when someone is the victim of this modern-day slavery.

The group is part of a new breed of anti-sex trafficking efforts now joining law enforcement in an effort to stop this heinous crime. It includes such groups as Truckers Against Trafficking and Free2Hope, which focuses on educating local business owners that when someone is forced into labor or sex trade, its human trafficking.

“Every case of human trafficking is a failure of the community,” state Attorney General Andy Beshear told LEO. “Because we need the whole community involved to stop this: that means business, nonprofits and the government.”

Now when women audition, Franson said, he runs them through a checklist of trafficking signs. In addition to asking for two forms of identification, he makes sure they, and not a handler, have control of their IDs. He also makes sure they know where they are and what they are doing there, and that they don’t show signs of physical or mental abuse.

“Human trafficking isn’t something that’s put out on display for everyone to see. You have to know what to look for and what kind of questions to ask,” Franson said. “And if something doesn’t feel right, you have to call someone.”

Truckers: ‘They know what is normal’

Lyn Thompson grew up around her parents’ highway motel, so she knows that truckers are the eyes and ears of the road. She now works with Truckers Against Trafficking, a nonprofit group that works to educate and equip drivers to identify and report human- and sex-trafficking.

“They know what’s normal on the road and what isn’t, and they’re better equipped to recognize human trafficking when they see it,” said Thompson, communication specialist for the group. “And since truckers are out there on the road at the same time these traffickers are, it’s important we train them on what to look for and get them involved.”

Since being formed in 2009, it has distributed over a million cards and partnered with hundreds of trucking companies, she said. And since 2009 calls from truckers to the hotline have led to 425 likely human-trafficking cases involving 744 victims, 249 of whom were minors, Thompson said.

Amy Leenerts said she was sexually assaulted when she was a teenager. She now is dedicated to fighting what she found to be the worst form of sex crime, sex trafficking.

She is director and founder of Free2Hope, a Louisville-based nonprofit. Free2Hope has placed informational signs in the windows of more than 250 local businesses.

“I know sometimes it sounds really lame to talk about an awareness campaign, but truly we need kids to know what human trafficking is and what it looks like so when it happens to them or one of their friends they can recognize it for what it is, modern slavery,” she said.

Leenerts said she also offers classes and is not picky about the audience.“I will train any kind of group, from strip clubs to church groups, as long as they are willing to listen I am happy to talk with them,” she said.

Leenerts said Louisville must start treating women arrested for prostitution as victims, not criminals. “The real criminals are the johns who pay for these women and perpetuate this crime.”

For Beshear, the issue of human trafficking is personal, he said, because he has young children.

“We’ve heard of cases where foster parents sold their foster children’s bodies to buy furniture and of a mother getting their daughter hooked on heroin so she could pimp her out to make money,” he said.

Beshear said that now only 10 percent of human trafficking reports result in a criminal investigation, but his office plans to make it a priority.

Louisville police Lt. Charles Mann said his department follows up every tip. “But there are other cases and areas we have to focus on. So one investigator can’t spend a month following up leads on a tip.”

During the Kentucky Derby, police run sting operations. “But it’s getting difficult because the traffickers are starting to require everyone to do different things to prove they aren’t police before they even meet the girl.”

Police know that not everyone they arrest chose to be in the sex trade. “Used to be, many years ago, people looked at prostitution as prostitution and thought that everyone involved with it chose that life,” Mann said. •

If you suspect someone is the victim of human trafficking call the National Human Trafficking Hotline at 1-888-373-7888 or 911 if in immediate danger.