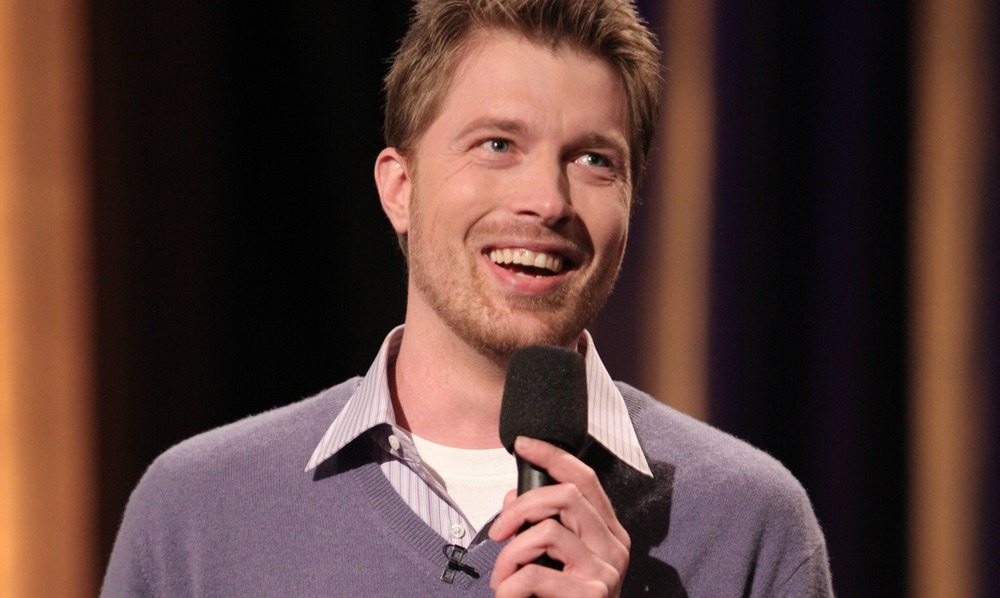 You may recognize Shane Mauss, who performed at the Laughing Derby last night — he’s been on your television and in your Netflix cue for a while now, and he’s also one of the few voices in stand-up that truly marries intellect with humor. Born and raised in Wisconsin, Shane exploded on the scene when he was named “Best Stand-Up” at The HBO US Comedy Arts Festival in 2007. Since then, he’s appeared on Jimmy Kimmel, Showtime, Comedy Central and filmed a critically-acclaimed Netflix special titled Mating Season. Last year, Mauss released an album inspired by a 2014 hiking mishap, which led to him breaking both of his feet. The album was called My Big Break and reached No. 1 on the comedy iTunes charts. Mauss also hosts the science-themed podcast Here We Are, where every week he sits down and interviews different scientists. Mauss will be in town this week for a special one night only performance of his latest show A Good Trip.

LEO: We’re really excited for you to come back through town.

Shane Mauss: I am, too. Last time I was there, I explored a little more and went to that hotel with the museum, 21C. I loved that. It’s funny: I’m lazy now, but when I first started out as a traveling comedian, every time I was in a cool city, I would go do all the touristy stuff; now, I’m a little more work-oriented when I’m on the road.

LEO: Did you at least get to go to the bathroom at 21C?

SM: Yes, I did pee on the wall. That place is beautiful.

LEO: You’ve said you wanted to be a comedian since you were 10 years old. What pulled you in so young?

SM: It’s rather silly. I made a friend of mine laugh really hard one day and he said, ‘You should be a stand-up comedian.’ I didn’t know what that was. He was like: ‘It’s a guy that stands on stage and talks and makes people laugh.’ I thought that sounded great, and from that day on, it was in my head that I was going to be a comedian. I wanted to be a stand-up before I had ever even seen stand-up comedy. I just liked the idea of it.

LEO: So do you remember the first stand-up you saw?

SM: Yeah, it was Steven Wright’s I Have a Pony, or it could be Emo Philips’ E=mo2. They both came out around the same time, and I’m not sure which one I saw first — but definitely one of those two. In fact, early in my career my act was kind of like-ish that, a little more out there, further out on the dial. I was very deadpan. I’m not anymore. My act is very conversational now.

LEO: Considering you struggled with anxiety and stage fright, what made you think you think you could actually go on-stage night after night in front of strangers?

SM: I was always pretty shy, but around my friends, I was always kind of funny. I always had quick lines they’d start quoting, and stuff like that. But to anyone that wasn’t in my really close group of friends, I didn’t really put myself out there. I was really good in math class, and I didn’t really have to work at it, so that did give me a little time in school to be the class clown. In other classes, I was pretty quiet, so I guess math classes were the first crowds I could perform for, which explains a lot, really.

LEO: What drew you to wanting to interviewing scientists on your weekly podcast?

SM: Science is something I was really interested in, and, at the time, all these people were doing one-man shows that would come together with a specific theme. And I was thinking about what I could do and my interests, and I ended up becoming obsessed with animal behavior and evolutionary psychology and biology. So I started reaching out to different scientists about working something out, and I started to become friends with some of them. After a few conversations when I’d hang up the phone I’d think: ‘If I’d only recorded that conversation, it would have made for an amazing podcast.’

LEO: Who has been your favorite guest?

SM: Early on I had a guy named Dan Ariely, and scientists aren’t usually that well-known, but he’s got over 100,000 Twitter followers, and all of his books have been best sellers. So people know who he is. Friends of mine pulled some strings for me to get him on the show. That was big, because early on it can be hard to get guests, and when people look at the list of past guests and see Dan Ariely, they’re impressed, and they want to do the show.

LEO: You’ll be performing your material from your new show A Good Trip this time, which deals a lot with psychedelics. Why did you choose that theme for this show?

SM: To me, the talking about psychedelics aspect of this show is me tricking a lot of open-minded people into coming to hear me talk a lot about consciousness and psychology — just using psychedelics as the in-road to that conversation. I guess it is a little bit gimmicky, because I’m sure a lot of people assume I will be doing a lot of stoner humor and stuff, but it’s the most thought provoking comedy show I’ve ever done. This time I’ve really pushed myself, and pushed my audience to explore these much bigger ideas without making it a science lecture and keeping it a comedy show.