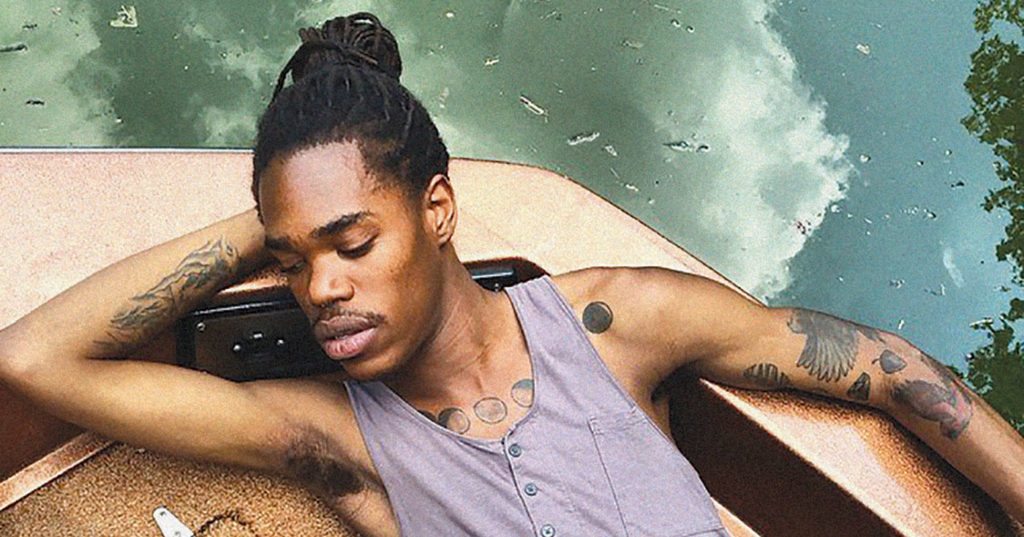 Otis Crawford Jr., known best as Otis Junior, grew up in a house filled with music, where his mother was a singer, and there were plenty of instruments. Coming up in North Carolina, he moved to Louisville at 9 with his mom, dad and two older sisters. By 13 he got a hold of his first guitar and keyboard and joined in the noise.

“When I think of the soundtrack to my childhood, it’s a lot of funk and soul,” he told LEO. “I was very naturally drawn to music. I can’t remember a time in my life when I didn’t love singing. Growing up, the piano always captivated me. I didn’t understand how people could get so much amazing sound just by using their two hands.”

Now 25, Otis Junior is finding success in the world of original compositions and performance. His recent collaboration with Dr. Dundiff, “1Moment2Another,” and his solo “Ships EP,” mark his first two forays into releasing music, although there is nothing about either to suggest that he isn’t already a pro.

Talking to Otis Junior there is a palpable cool that puts you at ease. That relaxed confidence is on display in his music, be that in his remarkable work with Dr. Dundiff, or on his solo album, the “Ships EP.” There is a sultry and smooth quality to his voice that just commands a track and drives home that this is the sort of music you put on over candlelight with your date.

As such, Otis Junior is a driving force in R&B and soul music, and one destined for bigger and better.

It never feels that way though. He has a sense of humility underscored by what feels like an especially honest and earnest approach to his lyricism. He keeps it simple, saying coolly, “I just write things that make sense to me. I believe that if you avoid any type of pretense, the rest will happen naturally.”

Music has always been an important part of his life. He taught himself to play a keyboard when he was 12 or 13, “just because I wanted to figure it out.”

But even though music was a constant in his house while growing up, he was not pushed into it as a career, he said. “I just really grew to love music. Only recently have I realized how much of my life I’m really willing to devote to it.”

Part of that devotion to song comes across in his craft, which he said he is continually learning.

“At first, I used to just write song pieces. Like, just something I made up on keys, or maybe one verse and what could be a chorus. But, a lot of times I wouldn’t finish songs because I thought they were terrible, which is something I’ve finally grown out of,” he said. “As far as strengths and weaknesses, I would say they’re all weaknesses! That’s kind of a joke, but kind of not. I have so much to learn as a songwriter and musician that I feel a bit like a novice sometimes, but I’m always learning.”

For musician-composers, the seminal question can be: Do you write the works first, or the music? And then there are those like Otis Junior: “I don’t have a set formula. It can work either way. Sometimes it starts instrumentally, [and] sometimes lyrically or melodically. They all kind of happen simultaneously, though. One element is never completely done before starting on another.”

It’s a process that never ends. “A song is never done. I believe that once a song is created, it is given a life of its own. Even recordings that represent a single moment can evolve in the way they are perceived and the effect they have.”

Of course there is a difference between composing alone and with others. “My solo work is naturally a lot more introspective. It comes from a different place than when I write for a collaboration, so the final products end up being their own entities.”

After meeting up with Dr. Dundiff while opening for the hip-hop artist Dave., the two hit it off and began fusing their styles in what he said is “more of a hip-hop approach.”

“He would send me completed instrumentals, and I would write lyrics and melodies to them, which led me to write in ways that I otherwise would never have written. The project is a perfect blend of our styles, but a lot of our work was done independently. It’s been nothing but a pleasure working with him, and there’s no telling what it could lead to.”

Before the collaboration was out, the German label Jakarta Records picked it up for release. You can hear the excitement in his voice when he talks about it. “Being signed to Jakarta will be a big boost. There will be plenty to do, much to learn, and a lot more eyes. I believe that what Dundiff and I have as a team is perfect for what Jakarta produces. As far as my solo music, I’m keeping all avenues of possibility open, including staying fully independent.”

With the Jakarta album only just out, Otis Junior is already on to something new, and this one is particularly personal. His new album, “Ships,” is infused with his world view.

“The title ‘Ships’ refers to two main ideas. The first is a general metaphor for life: We are all provided with a vessel, or a ship, and put out to sea. Life is as unpredictable as the open sea, and all we can do is maintain our ships and try to stay afloat. The other idea refers to relation[ships], mainly my relationship with myself, and lack of relation to the rest of the world. The whole project has a general theme of being lost at sea that is meant to convey this feeling.”

So what’s next? Otis Junior has what seems to be a boundless sense of optimism. “The future holds nothing but possibility! I’m going to spend the next few months expanding on some ideas I’ve had stirring around, and hopefully we’ll have some new music towards the end of this year. I’m just trying to pace myself right now and make sure I’m able to accomplish everything I’m setting out to do.”