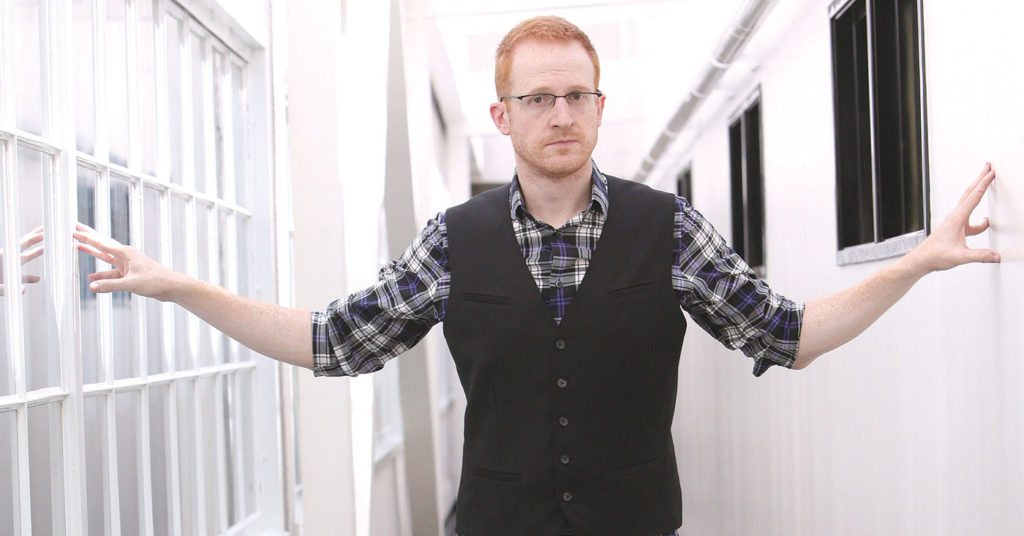 There are two rules when it comes to attending a comedy show: 1) Tip your waitstaff, and 2) never, ever, heckle the comedian. If you have no shame and need more motivation not to heckle, go to YouTube, and look up Steve Hofstetter. You will find clip after clip of him owning one heckler after another. Each time he posts a new video, it goes viral within a matter of hours, traveling around the world via Facebook and Twitter at lightning speed. Hofstetter will be in town this weekend (no hecklers invited), and we thought we’d sit down and talk to him about the art of dealing with hecklers.

LEO: What do you think is going through the mind of the average heckler?

Steve Hofstetter: Well, there’s a few kinds of hecklers. There’s the you-suck heckler. That’s actually pretty rare. Then there’s the I’m going to talk-very-loudly-and-not-realize-how-loud-I-am kind of person. And then there’s the I-don’t-understand-how-this-sport-works type of person, and that’s the most common. They think, ‘I’m supposed to contribute to this, aren’t I?’ It’s so ego driven, because they look around at a room full of people keeping their mouth shut, and think, ‘Oh, they don’t know, they’re all doing it wrong. I’ll show them how you’re supposed to do this.’ And that’s when things go wrong.

LEO: Have hecklers ever actually made a show better?

LEO: With all of your heckler videos, do people come just to heckle you?

SH: I have had people come to a show and say afterward, ‘Oh, I wish I could’ve seen someone heckle you. Too bad I didn’t get to see it live.’ But no one has ever heckled me with any awareness of who I am, and I think it’s because of this: If you see a YouTube video of a really good sniper, you don’t say, ‘That’s really cool! I want to get shot in the face by that guy.’

LEO: What has been your favorite story of owning a heckler?

LEO: If you could say one thing to all hecklers, what would it be?

SH: Let me make this clear, I hate them. And though I’ve become famous because of them, I hate them. I would rather go on and just do my material.

LEO: You seem to revel in eviscerating hecklers. Is there a part of you that enjoys it?

SH: There’s a level of, ‘Oh man, you don’t know what you just stepped into.’ I like metaphors today: If someone runs up to a gunfighter and screams, ‘I’m going to kill you,’ and then pulls out a knife. I bet the gunslinger is going to smile.