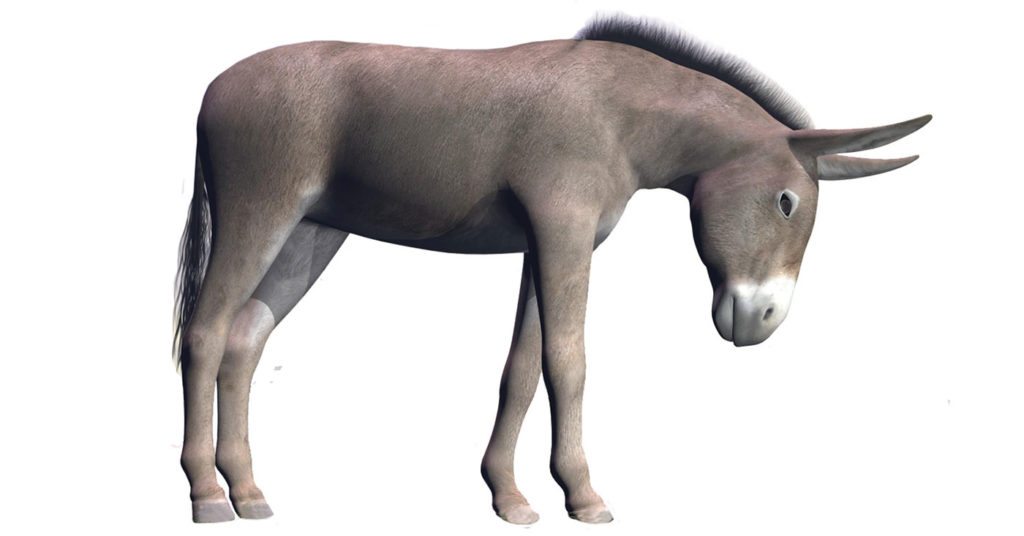 The Saturday before the 2014 election, I was at a closing rally for Alison Grimes’s Senate campaign against Sen. Mitch McConnell. In an auditorium overflowing with enthusiastic Democrats, during the entire hour and a half of the rally, Barack Obama’s name went unmentioned, as did his signature policy achievements. He was clearly the one not to be spoken of, even among his most loyal backers. Such a strategy of expedient disassociation from a sitting Democratic president was a near-perfect formula for ensuring that an extremely unpopular, time-serving politician who stood for nothing beyond the acquisition and retention of power would not merely survive, but trounce his Democratic opponent.

If there is one lesson to be learned from the 2014 debacle, it is that Democrats who run as Republicans Lite are playing into the opposition party’s game plan in a manner that Republicans themselves could scarcely improve upon. Such supine behavior by candidates too terrified of being identified with a president that the Republican noise machine has demonized enables the party of darkness to control the all-important narrative that shapes the contours of the campaign. Through their many channels of disinformation in the mass media, Republicans promulgate their gospel of doom that relentlessly stokes fear, bigotry, xenophobia, racism and resentment. Relentless repetition of falsehoods create damning images that crowd out reality. So a large portion of the country believes that the economic policies of the Obama administration have been a colossal failure, that Obamacare has been a disaster and that the lion’s share of the blame for a dysfunctional Washington falls on the president. The result: a deficit problem of the first order, which has nothing to do with the budget but everything with the short- and long-term memories of too many Americans.

Whoever survives the Democratic Senatorial primary must have the courage to address this memory deficit that Republicans have exploited as a means toward political hegemony. That candidate needs to own, not run from, the remarkably successful policies of Obama, despite the calculated obstructionism of the Republican-controlled Congress and the endemic racism that powers opposition to all things Obama in America’s conservative political culture.

Of the seven declared candidates, Jim Gray, as mayor of the Commonwealth’s second largest city, is most likely to emerge from the Democratic Primary on May 17. He faces two formidable obstacles to success in November: his party affiliation, and his sexual orientation. In a state whose Democrats in the last presidential primary opted for “uncommitted” rather than for their own sitting black president who had brought health care to so many of them, and where a courthouse bureaucrat became a darling of the Right through her Canute-like refusal to sign licenses for same-sex couples in Eastern Kentucky, it is quite easy to conclude, as indeed all the poll-takers have, that Kentucky is a very safe Republican seat. It may well be, but that seemingly-foregone conclusion may be just the spur for Gray to be as bravely open about his governing philosophy as he is about  his sexual orientation.

To be successful, Gray must champion the positive government ideology that has been key to any social and economic progress that this country has known in its long history. Today, we identify this vision of dynamic government with the Democratic Party, but its roots and early development are found in the Federalist-Whig-Republican half of the American political spectrum, with Hamilton, Clay, Lincoln and Theodore Roosevelt as its principal advocates. Only in the 1930s did the Democrats lay claim to this tradition of positive government with its New Deal making national government central to the fulfillment of America’s promise. This is a tradition that Barack Obama reclaimed in 2010 in Osawatomie, Kansas, where a century earlier a former Republican president, Theodore Roosevelt, had first laid out to the American people the just and progressive society that a dynamic and powerful government could create. This is a tradition that spans both major parties and should appeal to a broad spectrum of the electorate. It grows out of the conviction that embedded in the Constitution’s preamble, as well as in that of the Declaration of Independence, is a fundamental promise, whose full dimensions we only gradually come to appreciate in an ongoing process that reveals just what constitutes the common welfare of the nation, including our life, liberty and happiness as a people.

It is Jim Gray’s good fortune to have for an opponent in the fall election someone whose governing philosophy is the antithesis of this vision. Sen. Rand Paul’s ideal world is one in which government has little or no responsibility, power or revenue to promote the common good, and the “sovereign” individual is left unmoored in a Hobbesian world dominated by banks, insurance companies, coal barons and multinational conglomerates. Any Democratic candidate cannot tiptoe around this Ayn Randian ideology, but expose it for all its dystopian consequences. Conversely, to have any chance of winning a state in which people habitually register as Democrats but vote as Republicans, a Democratic candidate needs boldly to embrace the positive government tradition, which means affirming, not running from, the man who has recommitted his party to this tradition.

The positive government tradition is predicated on the belief that this republic is an on-going experiment that will only succeed if well-informed citizens own their responsibility for promoting the public welfare through the government that they constitute. This means a just society in which opportunities are fairly given to all, the economic order is not rigged, and government fulfills its constitutional responsibilities by being strong enough and big enough to make the creative and appropriate responses to changing economic, ecological, and social conditions, toward the progressive realization of the promises that lie at the spiritual root of our nation.  This is the tradition that Jim Gray needs to reintroduce to Kentuckians.

No one should think that this will be easily done. It will not; but it is the only possible way to plant a blue senate seat in the very red country that is Kentucky. •

Robert Emmett Curran lives in Richmond and is a professor emeritus of history at Georgetown University. He is the editor of “John Dooley’s Civil War” and the author of “Papist Devils: Catholics in British America, 1574-1783,” the three-volume “A History of Georgetown University” and “Shaping American Catholicism: Maryland and New York, 1805-1915.”