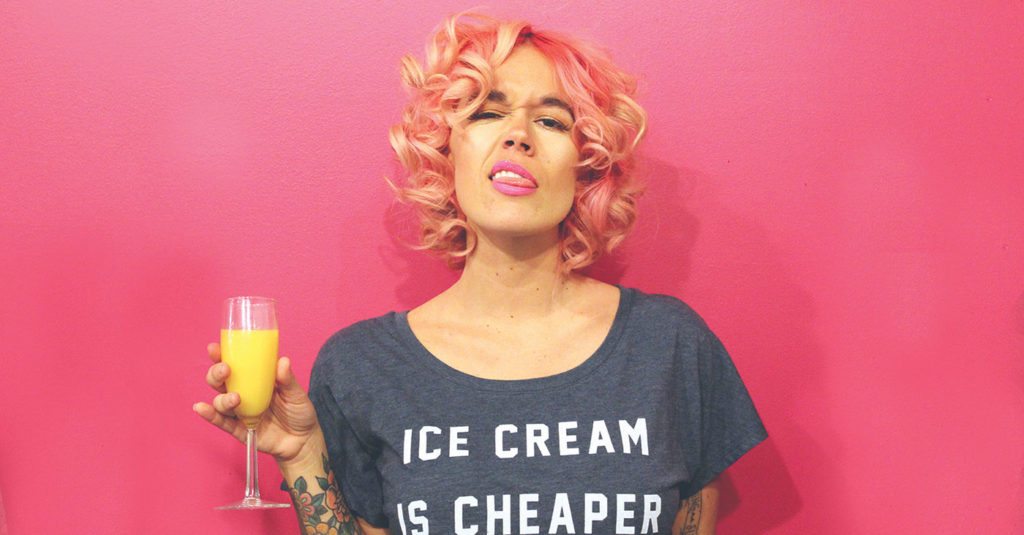 We’re many days post Derby 2016, and I’m not ashamed to admit that I’ve still got the Sunday Scaries. Whether you’re in the service industry and stacked up out-of-town cash all week, or you were lucky enough to partake in the decadence and depravity, the Kentucky Derby delirium tremens are known to linger for days, even weeks, because we all consumed copious amounts of bourbon, and stayed out far beyond last call. With the taste of white-oak char lingering, and bits of mint still wedged between a few molars, is it possible that we bourbon-country natives could be hankering for a new relish? If you’re willing to venture from our very own native nectar, my current vibes point to a spirit that maintains a generational craftsmanship and comes out of family-owned farms with the similar pride and heritage of our Bluegrass distilleries. With plant-derived nuances and a fire-kissed refinement, mezcal just may be the mood of the moment.

Many people believe mezcal is a form of tequila. While they are both spirits derived from the agave plant, there is a difference: All tequilas are mezcal. Because mezcal is any agave-based liquor, and tequila must be made from blue agave, tequila is, in turn, a subset of mezcal. Specific regions of Mexico also play a role in which classification each spirit goes into, but it’s true that mezcal maintains a more organic, intrinsically-Mexican milieu, as most of its production style has stayed the same since the 1600s (unlike tequila, which is now a relatively-standardized product, mass-produced at a low cost). Don’t get me wrong — I fucking love tequila. I lived on only tequila, plantains and Imperial beer for an entire month in Costa Rica in 2014. Tequila has done me dirty, and done me well. As my dear friend, Jess, says, “I will never turn down a shot of tequila.” Yet, there’s something delightfully intriguing about mezcal. The production process is artisanal and unique, in which the piña of the agave plant (the remainder of the plant after the leaves are harvested) is cooked in a deep, underground pit lined with volcanic rock, which simmers and smokes for several days — like a prehistoric Crockpot. These family-owned distilleries have been around since the beginning of Oaxaca — kind of like bourbon, eh?

The deeply smoky nuances of mezcal, ranging from various chilies and chipotle to even leather — clearly derived from her volcanic-rock birth — marries delightfully with sweet, tart and savory to build a delectable cocktail. I first learned how to shoot mezcal with local bartendress, Ashley “Smashley” Towning, when we both happened to be at Butchertown Grocery. Smashley showed me and a group of my friends that, although the spirit is typically meant to be enjoyed slowly, like bourbon, it can be taken straight to the dome like its cousin, tequila, and done correctly. In lieu of a lime and kosher salt, an orange slice and chili salt (or even sal de gusano, if you can find it, which is salt ground with dried caterpillars that infest the agave plant) pairs beautifully, complementing the smoke with notes of citrus.

While mezcal bars are on the rise all across the country, Louisville hasn’t churned out her own version yet (can someone do that, please?). However, bars and restaurants in Derby City have caught onto the trend, and they have placed well-crafted cocktails on their ever-changing menus. Cillian Browne at Proof on Main is the mastermind behind the toothsome Robbin Friday (Sombra Mezcal, Chareau, pineapple-cilantro-agave syrup, lime juice and habanero). Rye on Market, constantly slaying the seasonal menus, currently boasts the Mezcal Last Word (mezcal, green chartreuse, lime and chili-cherry), crafted by Doug Petry, which General Manager Mike Railey claims is his “favorite drink in the city.” And, of course, El Camino enjoys a plethora of the agave derivative ranging from $9 to $30 a pour.

Mezcal, for first timers, can be a bit overwhelming. The flavors are bold. The history is poignant. My suggestion is to approach it just as you would bourbon (for the first time). Start out slow. Talk to your bartender about your palate, and he or she can guide you in the direction of a neat pour, a sample flight or a well-made cocktail. It’s our job, and it’s what we love doing! My guess is, the Oaxacans feel an intrinsic pride and connection to their native spirit, just as we do ours. It’d be hard not to taste history like that. Cheers!