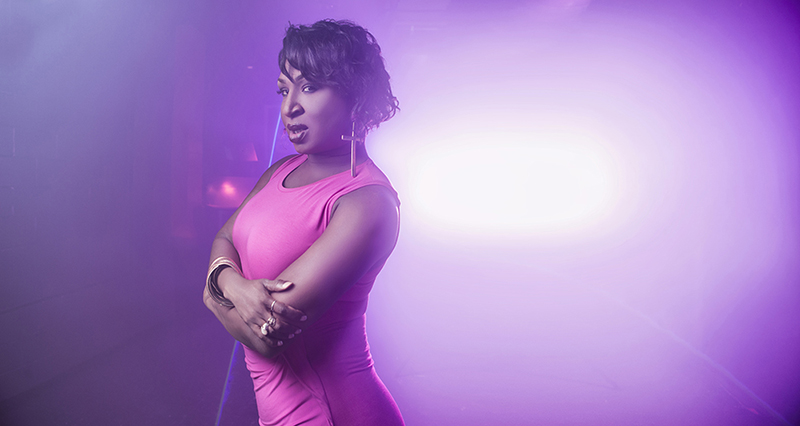 She’s a glamorous DJ, making her name by spinning records in the Louisville and Cincinnati party scene, but looking at her now, you would never know that she struggled in her youth due to the fact that she is a trans woman. Anyone familiar with the local nightlife in Louisville will be able to tell you that I’m talking about the one and only Victoria Syimone.

“I’ve had so many hats to wear. I’m trans. I’m a former showgirl. I’m a DJ. I probably talk about performing a smidge,” she says with a big smile before adding soberly, “There are a lot of trans women of color in this city who are not being recognized. And I realize that I, pretty much, am a voice for all of those girls. I want to be able to look back on my life and get something from it.” 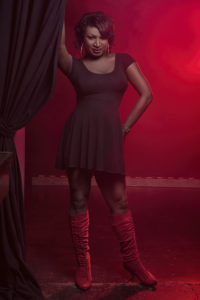 Syimone has enjoyed so much success that it’s difficult to imagine a time when she didn’t. She’s been listed in several “best of” articles, and she even earned the extraordinary opportunity to DJ at the opening of the celebrated Princess Diana exhibit at the Frazier History Museum a few years ago. But now, she’s revealing more about that difficult time before the recognition and accolades, speaking out about the decision to start taking female hormones to live as a woman in hopes that it will help other transgender individuals.

“I’ve known about trans women my whole entire life,” she emphasizes. “This was not a new idea for me. Black folks know about trans people. It’s just what it is.” Syimone talks about her early life, growing up on M Street by Churchill Downs. She remembers that one of her neighbors was trans: “She didn’t do the hormones or the body work and all that. She was an older lady. Everybody knew who she was. Nobody messed with her.”

This example of visibility and fortitude was an obvious formative experience for Syimone, one that has inspired her life today. “When you are different and you know you’re different, you are a target for people. People think they can pick on you because you won’t say anything. That wasn’t the case for me. I already knew I had two choices: I could be a sissy about it or I could just be straight-up honest. And people weren’t ready for that,” says Syimone, hinting that this is not the first time she’s needed to lace her words with a little bite.

Syimone candidly states that she didn’t speak to her father for over two years due to difficulties with his acceptance of her journey and transition. “My father didn’t throw me away. I wasn’t kicked out of the house. I wasn’t treated any different. The argument was I was going to change my name, and I felt like I should tell him that before someone else did,” she says. 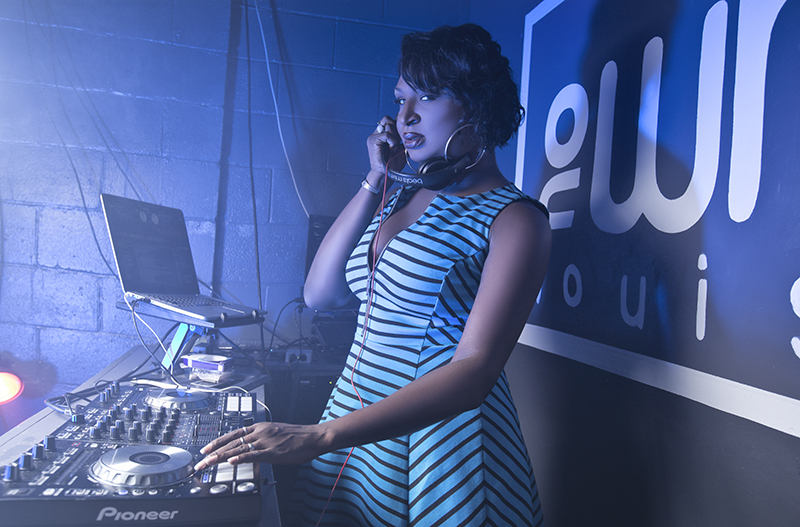 For Syimone, honesty is not only  virtuous – it is vital, even at the expense of temporarily hurting a loved one. “I told him that, and he said, ‘Well, I’m going to call you what I named you.’ And I picked up my purse and told him that I hoped he liked the view of my back because that was the last time he was going to see me,” she relates.

Things are different now, and Syimone was able to restore her relationship with her father before his death. She even displays an admirable and compassionate understanding of her father’s perspective: “I think my father was more concerned with releasing me into the world with a sense of strength because he always told me, ‘This is going to happen to you because this is what people think of people like you.’”

Syimone goes on to explain that she knows now that however painful these words may have been at the time, their source was a place of love. “He didn’t do it to be mean. He did it so I was going to be able to survive,” she says matter-of-factly. She claims that this experience afforded her some much needed thick skin, which, when coupled with her naturally headstrong nature, has kept her healthy and safe. “I’m not addicted to drugs; I never had to sell my body; I’ve never asked the government for anything; I’ve had a job since I was 14 years old,” she asserts.

But it wasn’t always so simple for Syimone. In fact, she reveals that the life of a trans person was and often is quite dangerous. She recalls a time in high school when her nose was broken – unfortunately only one example of many instances of bullying she endured: “I grew up in a time when you had to walk in groups to go places. It wasn’t like how it is now where you can go wherever you want. We had to walk in groups. Even if we walked from The Connection to Tryangles, we walked in a group.” 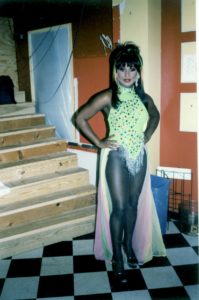 A disconnect for many outside of the trans community is that being trans is often not safe. Merely existing at the wrong place and at the wrong time can be a death sentence. “Back then, there were no bars like Nowhere,” Syimone describes. “There were no Big Bars. You went to a gay bar. If you were bold enough to go to a straight bar, which some of the girls were, you really made sure you watched your back because you could’ve gotten your ass kicked or worse.”

Many cisgender individuals may wonder, with all the stigma and risk associated with being trans, why undergo something so radical? Syimone herself even describes her road to her transition as less than ideal. She ended up taking drugs her friends had been prescribed at an early age. “I first started taking hormones that had been prescribed to my other trans friends,” she recalls. “It is not something that I would recommend at all, but the process can take such a long time, and once you’ve made the decision to become the person you really are, you just want to get on with it.” Again, concordance with her truth is of the utmost importance, and finally attaining it has made all the difference in her life.

Syimone still hustles, working multiple standing gigs to make ends meet and keep her name out there, but things seem to be looking up and staying there: “I’ve done a little bit of everything. I DJ at major club nights and private members’ clubs in some of the best and most exclusive venues in Louisville.” She has so many achievements in which to take pride, even to the point where she could become arrogant if she so chose. It is a further testament to her character that she has remained humble, even making sure to thank everyone who has ever helped her along the way. Syimone speaks particularly fondly of her time as a showgirl at The Connection, looking back on it as a period when she was cared for, protected and brought up by the other girls. 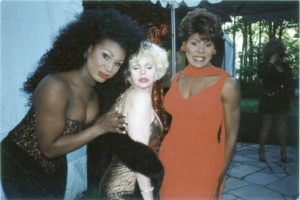 With a life full of hard-learned lessons, DJ Syimone now hopes her story will encourage other young transgender men and women, especially those of color, to feel comfortable in their own skin. She in fact wishes to become a powerful voice for transgender rights and community issues. “I’m so much happier now than I was growing up, but I want people to know that it’s okay to be different and that you shouldn’t be scared of being the person you are.”

To be clear, Syimone knows that she is not everyone’s cup of tea, but even that realization displays an uncommon maturity and sense of self-respect, qualities that make her story even more inspiring and uplifting. “I think there are people who don’t understand my journey,” she explains. “My father always told me that you’re not going to be for everybody. I’m good with that. If you don’t like me, there’s nothing I can do to change that. I’m not losing any sleep over anyone saying they don’t like me.” Despite the hardships and trials of her life – and the knowledge that there is still so much to be done within the community regarding transphobia, racism and homophobia – Syimone holds her head up high and puts a positive spin not only on her work but also on the lives of others.