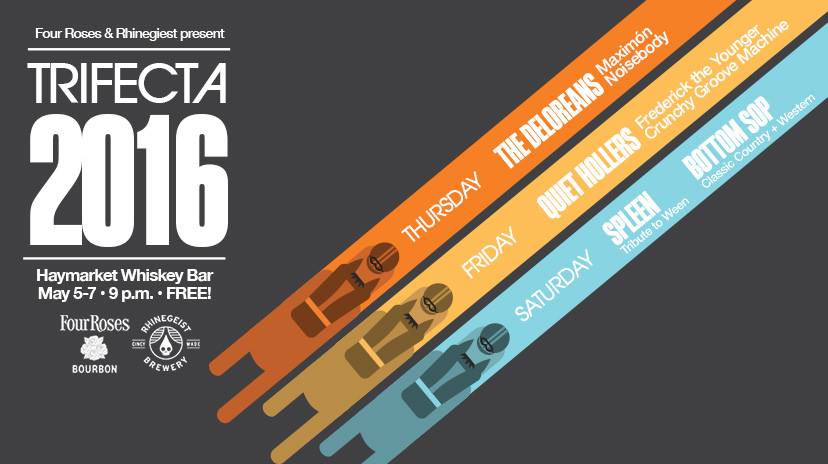 Attend a Democratic Rally
Waterfront Park (Big Four Lawn) & TBA
4 p.m. & TBA
Participate by supporting — or protesting — a presidential candidate this Tuesday before the Kentucky Democratic primary on May 17. Bernie Sanders will be hosting his rally at the Big Four Lawn at 4 p.m. and Bill Clinton will be stumping for Hillary at a TBA location and time.

“Forbidden Zone”
Kaiju (bar)
8 p.m.
The latest in the Night Train Cinema Lounge film series is “Forbidden Zone.” An utterly bizarre ’80s musical about a girl who travels to the sixth dimension in her family’s basement and meets Satan (played by Danny Elfman). So grab your free popcorn and catch this cinematic LSD trip in all it’s glory on Kaiju’s 16 foot screen.

Q103.1 presents Locash
Baxter’s 942
7 p.m.
Since you need to save every penny you can before Thurby, Oaks and Derby, but you don’t want to spend your Wednesday night doing nothing, head to Baxter’s 942 where Q103.1 has a night of free country music with Rose Creek at 7 p.m., Brent Rupard at 8 p.m. and Locash at 9 p.m.

Bourbon & Blaze 2016
The Green Building & Galaxie
6 p.m.
After you lose all of your money at Thurby, head to The Green Building for a night of free music and delicious bourbon. Bands include White Reaper, Quiet Hollers, Graffiti and Legs Akimbo with OK Deejays playing the after party at Galaxie. But be sure to RSVP for the event to get in free.