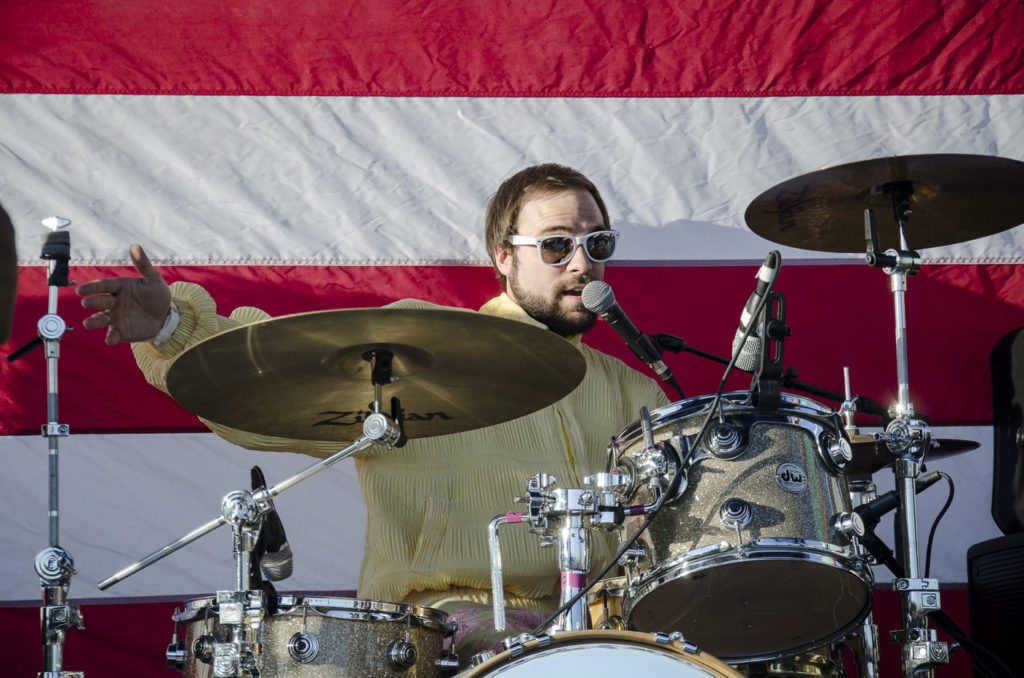 Otis Junior + Dr. Dundiff — Reaching
Any month that features new material from Otis Junior and Dr. Dundiff is an excellent one indeed. This is a sweet R&B banger, Reaching, for a Jakarta Records mixtape, a potent reminder of their acumen as a musical duo. Otis Junior has a voice made of satin and late-night cocktails, like Marvin Gaye with the cool to back it. As always, Dr. Dundiff never fails to impress as a producer, with a beat that backs the sultry smooth of the vocals and keys. There is a nice and ever-so-slight string arrangement that comes in during the back half the track that somehow makes an already-classy number seem even more so, in a way that defies explanation. There is such a great energy here that carries the track along its imminently-listenable narrative journey, and one that elicits repeat listens. Put this on when you want to impress, because you definitely will.

Rob Collier – Number 03
Rob Collier’s simply-named Number 03 is such a sharp contrast to everything else going on that it requires intent and repeat listens. This is a beautifully-rendered piano track that makes as much use of the space between the notes as any one particular motif. This is the kind of music that may score an especially-melancholic indie flick, the kind of pensive thinker that comes with a soft focus. Collier’s skill is such that the music is, at least partially, a blank canvas. Catch this in a good mood, and it may appear more as contemplative than bittersweet, a reflection as much of the listener as the performer.Parlour – Fempire
With Fempire, local instrumental indie rockers Parlour announce their triumphant return, and triumphant it is indeed. There is an undeniable sense of pace here that commands you to nod your head to the beat — you can deny it all you want, but once you’re locked into that groove, it’s game over. The bass and drums bounce along in tight unison, cutting a powerful and plodding combo that drives the track, creating a definite sense of accomplishment. This is the kind of music that you get shit done to. While there is no voice, so to speak of, the keyboards and guitars do all the talking, often working in call and response patterns that never step out of place. Everyone involved uses restraint as a tool to shape the mood, and it works well. Coiled tight, Fempire is an ever-imminent explosion on the horizon, and one that never quite comes. Everything about this crushes, but without ever explicitly doing so, a wonderful paradox if there ever were one.

Shadowpact – Ballad of Fallen Angels
Fuck yes. It’s been a minute since a new Shadowpact track, and apparently they’ve only been eating their lyrical Wheaties, so that they could come back stronger. As always, Modern Marvill and Sleye Kooper come hard with the clever rhymes and references, to the extent that requires your full attention to catch all the little bits. They’ve mastered that perfect balance of serious and fun, which somehow manifests itself in consistently excellent production, here by CAVE DWLR. Feel obligated here to put your shades on, and roll your windows down a little, when you hear the heat off this, which is less a measure of any kind of posturing, as the pair tend to eschew that particular hip-hop trope, and more about outwitting your problems.

Heliostat – Light and Gravity
There is an AM Gold vibe to Light and Gravity, the newest from Heliostat, that may very well be unintentional. While I doubt you would ever confuse this with Linda Ronstadt or Hall and Oates, there is a dreamy retro to the music here, a wispy kind of ghost that flitters in and out of your subconscious almost, like a mellow afternoon in tall grass. You can hear this through a hazy filter, that magic chill that never feels like it’s trying to hard to get to anyone place, where the moment is now, and that moment is bliss. The musical DNA here is more Mogwai or Slowdive than anything radio friendly, but you’d be hard pressed to find anything that more perfectly encapsulates a lazy Sunday afternoon in the shade, a nice warm breeze in the air, your feet propped up on something soft, with the taste of something sweet on the tip of your tongue. Heliostat succeeds in taking you to that place and holding you there, without you ever leaving the comfort of your home.

Psychic Skin – Shards of Glass in Gentle Water
An entirely instrumental ambient piece, Shards of Glass in Gentle Water is a droning piece of sonic ephemera, a shimmering tone that blankets the senses. There is a deep and satisfying sense of calm part and parcel to the track like a siren call in the night. A compositional number, there are percussive elements here that evoke a presence to the music that may lack otherwise. You can imagine something happening to this, something perhaps distant, but no less important, like a secret whispered in the night.